That is quite harmful because the less we know about something, the less capable we are in doing something about it. If we don’t understand a problem, we are less likely to arrive at the correct solution for that problem.

In the case of drugs and drug use, this principle is fundamental. A lot of people do not know how drugs affect the human body. When they don’t really know the details of the harmful effects of drugs, they are more likely to succumb to peer pressure, more likely to cave in and use drugs as a coping mechanism, more likely to use substances as a way to cope with a loss, etc.

So how do drugs affect us? And why should we go to great lengths to avoid them?

The Different Types of Drugs

There are dozens (if not hundreds) of different types of drugs in the world. Many of them are used in the United States, harmful though they are. And while there are lots of different drugs in the U.S. (and more new strains being added each year), most drugs fall into the following three categories:

While different drugs certainly have different effects, all drugs are harmful, and all drugs have adverse side effects. Even certain pharmaceutical drugs (like opiate painkillers) often have unwanted side effects.

Looking at the Harms of Drug Use

What makes drug use risky? One could hypothesize that most people generally understand that drugs are harmful. Why then do millions of people across the U.S. use drugs?

Here are a few of the dangers and risk factors that go along with drug use:

Just with a very brief discussion, we can quickly show people the real danger that lies in drinking and drug use. And we need to get this information known because tens of thousands of people die in the U.S. from drug use every year.

Make sure your family members and loved ones not only know that they shouldn’t use drugs, but that they understand why they shouldn’t use drugs. And if you know someone who is using drugs, make sure they get help at a residential drug and alcohol addiction treatment center. Residential drug rehabs offer the safest and most effective treatments for helping people break free from addiction. 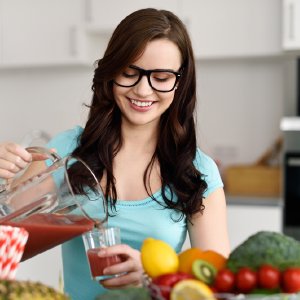