Imagine you’re a first responder—a fireman or emergency medical technician. You get a call that a man needs help and you race to the scene with the siren blaring. You’re pretty sure what you’re going to find when you get there and you’re not wrong, unfortunately. It’s a young man, haggard and poorly dressed, unconscious from an opioid overdose.

There’s far too many of these overdoses in your town. Sometimes you can save them and sometimes it’s far too late because their body is already cooling by the time you arrive. For the ones that are still alive, you are going to hit them with a dose of naloxone, the opioid antidote, to try to bring them around.

Maybe they respond in one dose and maybe, if they’ve taken fentanyl, it will take three or four doses, or even more, because fentanyl is so powerful. But this time, the man begins to breathe more normally and opens his eyes after one dose of the antidote. This time, he’s going to live.

So now you breathe a sigh of relief. That relief is muddied a little because you’re sure you’ve revived this fellow just a few days before.

Sometimes you feel hopeless about this merry-go-round of overdoses and rescues but what can you do? You’ve got to save the life in front of you.

Did you know that there’s a lot of people who would not agree with you?

I once posted an article to social media in favor of reviving those who overdose and I was shocked at many of the comments I received on that post. About half the people were in favor of saving the life of a person who overdoses and the other half were violently opposed. “They made their choice by using drugs so should be allowed to die,” one person said. Out of a hundred or so comments, roughly half were in favor of reviving a person and the other half were opposed. Many were angrily, adamantly opposed. I was shocked at the anger and violence of their emotions.

I understand the frustration but still, these are human beings. People who can recover their sobriety if they are kept alive and helped to find rehab programs.

An Ohio Man Returns to Thank Those Who Saved Him

In Fairborn, Ohio, Richard Matteoli seemed to understand how frustrating it was for the firefighters who saved him from overdoses again and again. At least five times, he had to be given naloxone to save his life. After each rescue, he returned to using heroin. Finally, his 6-foot-2-inch frame was reduced to just 121 pounds.

In 2017, he visited the fire station that had done the work of saving him to express his thanks. By this time, Richard had been in recovery for 530 days. His skin had a healthy glow and his eyes were bright. He brought photos with him, showing what he looked like when he was deep in his addiction. The images showed a gaunt, hollow and hopeless man.

Now he’s married, back to being a good dad to his son. He’s rebuilt his relationship with his mother and is working with the State’s Attorney General to solve the opioid crisis.

This is what can happen if a life is saved.

I talked to a recent graduate of the Narconon program who had experienced a few rescues like Richard’s. She had started off with marijuana, like so many other young people, but migrated to opioids and methamphetamine when she fell in with a drug-dealing boyfriend.

She went through numerous rehab programs, but could not maintain her sobriety after those programs. She had a close call or two while using heroin, nearly overdosing but recovering each time on her own.

Finally, the day came when she needed someone to rescue her. She was sitting in a car with her boyfriend when she passed out and he was unable to revive her. Luckily for her, first responders were on the scene quickly. She was so far gone by this time, however, that the EMTs had to work for a full half-hour before she was revived. She was amazed, she said because sometimes EMTs won’t dedicate that much time and effort to someone who’s “just a heroin addict.” In her case, they refused to give up until she had come back to life.

That still wasn’t enough to convince her that she needed to take her recovery seriously. “You’re just not thinking clearly when you’re addicted,” she said. She kept using heroin and methamphetamine, one to sedate her and the other to stimulate her.

Another overdose, another rescue and she finally knew she needed to face what was going on in her life. This time, her family found Narconon Suncoast in Florida. And this time, she found the help she really needed to get sober and stay sober.

“If they hadn’t saved me, I couldn’t have gotten sober. I wouldn’t have had another chance at life. I’d want to thank them.”

I asked her what she would like to say to the EMTs who revived her each time. Tears sprang into her eyes and she paused a long moment. “If they hadn’t saved me, I couldn’t have gotten sober. I wouldn’t have had another chance at life. I’d want to thank them.”

Right at that moment, I wished that all those people who thought the addicted should be left to die could see her face, hear her voice and witness her gratitude. It might have been just the lesson they needed to see that saving the life of a person who overdoses gives that person a chance to find recovery and become a good father or mother or citizen.

Yes, it’s frustrating and expensive. Yes, drug addiction must be faced and dealt with on many fronts besides just reviving a person who has overdosed. This is simply first aid. Real help comes in the shape of a drug rehabilitation program that really works, and that enables a person to build a productive, enjoyable life once again. 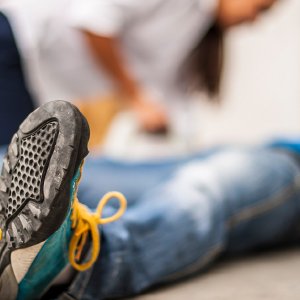