Data from a 2014 study published in the American Journal of Drug and Alcohol Abuse indicates that exercise is beneficial for recovering addicts. Quoting study authors Linke and Ussher, “Numerous theoretical and practical reasons support exercise-based treatments for SUDs, (substance use disorders), including psychological, behavioral, neurobiological, nearly universal safety profile, and overall positive health effects. ... Because exercise is a healthy lifestyle behavior that prevents, reduces, and/or treats a wide variety of mental and physical health problems with few negative side effects, prescribing exercise as a treatment for SUDs is low-risk and potentially helpful for a variety of problems commonly associated with SUDs.”

Data from that same study also suggests that people who do not exercise are more likely to use substances than people who exercise (excluding adolescent and athlete demographics). Not only does exercise have a healing and therapeutic element, but those who exercise, generally speaking, seem less likely to experiment with drugs and alcohol.

While the study cited above explored the general concept that exercise benefits recovering addicts, another study published in Behavioral Brain Research focused specifically on using exercise as a form of treatment for recovering cocaine addicts.

“Exercise has previously been shown to reduce stress and decrease the likelihood of drug dependence, while also reducing cravings in humans…”

This study found that, just from the stress-relieving aspects of exercise alone, exercise benefited recovering addicts. Quoting study authors Robison, Alessi, and Thanos, “Stress increases the likelihood of cocaine relapse in humans and animals, even following a prolonged extinction/abstinence period. Exercise has previously been shown to reduce stress and decrease the likelihood of drug dependence, while also reducing cravings in humans and inhibiting relapse behaviors due to other risk factors in rodents. ... The current study found that exercise inhibited stress-induced reinstatement of cocaine.”

Specialists have also commented on the benefits of exercise for those trying to get off drugs and alcohol. In writing a column for Harvard Health Publishing, the periodical of Harvard Medical School, Dr. Claire Twark said, “A small study in humans investigated an exercise program offered to 38 men and women who misused a variety of substances, including opioids, cannabis, amphetamines, and cocaine. Participants agreed to take part in group exercise three times a week for two to six months. Twenty people completed the intervention. When reassessed a year later, five reported abstinence and 10 reported that they had decreased their substance use. ... Combined with what we know about other treatments, exercise shows promise.”

The Physical Benefits of Exercising While in Recovery

Exercising while in recovery offers the physical benefit of healing, repairing, and rebuilding the body. Exercise is beneficial for everyone, but it’s particularly helpful for recovering addicts trying to repair their body after months or years of substance abuse. Exercise helps improve cardiovascular health, lowers the risk of some types of cancers, stimulates the immune system, and can even repair nerve connections within the brain.

Exercise also causes endorphins to release, endorphins being a “feel good” chemical with an analgesic effect. Exercise is a great way to experience a natural high, a chemical response to the physical act of exercise. The individual’s brain is letting them know they are doing something good for the body.

The Behavioral Benefits of Exercising While in Recovery

The structure, routine, and day-to-day action of exercising can do wonders for a recovering addict. Recovering addicts should seek structure within their lives, routines that allow them to build stability and reliable systems into their lives that they can depend on.

Exercise adds a daily task to a recovering addict’s life, an activity they are spending waking hours on that benefits their lives (as opposed to harming them). Exercise takes up time, and recovering addicts should be concerned with filling their waking hours with positive activities that help them, not ones that hinder them.

Exercise also gives recovering addicts a new hobby, a new joy, and a healthful endeavor for them to dive into, something positive that they can pursue and that can reinvigorate their minds and energize their bodies.

The Psychological and Emotional Benefits of Exercising While in Recovery

Exercise can help recovering addicts feel better emotionally. Exercise helps improve self-image and boosts confidence and sense of self-worth, essential components for building stability in one’s recovery. Exercise helps repair the harm that may have been done to the body during one’s time spent using drugs and alcohol (which also improves emotional and psychological wellbeing).

Exercise is not complicated; it does not require a lot of thought, planning, strategy, or financial investment. It’s an easy way to detach from day-to-day life and focus on health and well-being for an hour. Exercising acts as an emotional and spiritual reset button for many recovering addicts, giving them a daily break and a way to feel good about themselves no matter what challenges they may be going through that day.

Getting off of drugs and alcohol is a lot more than simply seeking help at a drug and alcohol treatment center. Seeking help is a huge first step and is crucial in the recovery process, but it is just that, a first step.

Someone you care about just completed a drug and alcohol rehab program and is about to come back home. What do you do to support them? What shouldn’t you do? 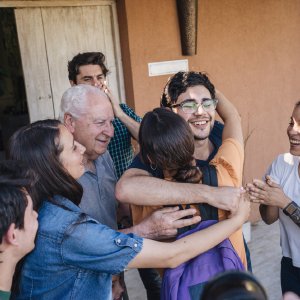 The Importance of Integrity in Addiction Recovery

There are several reasons why personal integrity must remain a top priority for someone who wants to stay sober. 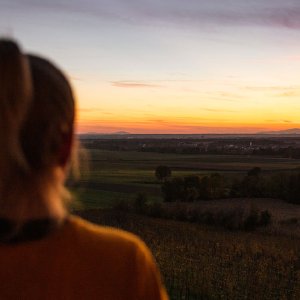