Almost universally across the world, drug use is going up. Why is this? Why are more people using drugs? Are people naturally inclined to use drugs? Certainly not.

National and international communities work very hard to crack down on drug production, trafficking, distribution, etc. With both illegal narcotics and illicitly obtained pharmaceuticals, law enforcement agencies across the globe work tirelessly to prevent the clandestine production, transfer, and sale of these products.

But what about the demand for drugs? What about the people who are buying the drugs, not making or selling them? While international organizations work together to reduce the supply of drugs, it seems that very little attention is ever paid to addressing the drug problem from the demand side of things.

Is it possible that if we focused on reducing the demand for drugs, we might see a significant reduction in the drug problem as a whole?

Looking at the Data

The World Drug Report is the standard, authority text that most people refer to when studying the drug problem on a global scale. This is an annual publication, released by the United Nations Office on Drugs and Crime.

The 2019 report was about 56 pages long, but there are three quotes from it that I’d like to highlight. These are taken from the commentary notes of Yury Fedotov, the Executive Director of the United Nations Office on Drugs and Crime.

The first one is as follows:

“Globally, some 35 million people, up from an earlier estimate of 30.5 million, suffer from drug use disorders, and require treatment services. The death toll is also higher: 585,000 people died as a result of drug use in 2017.”

Those two facts, the number of addicts and the number of deaths, that information is quite difficult to take in. We spend so much time focusing on addiction in America, (and rightly so, America does have a considerable drug problem), that we don’t often realize just how bad the drug problem is on a global scale.

The second one reads:

“Opium production and cocaine manufacture remain at record levels. The amounts intercepted are also higher than ever, with the amount of cocaine seized up 74 percent over the past decade, compared with a 50 percent rise in manufacture during the same period. This suggests that law enforcement efforts have become more effective and that strengthened international cooperation may be helping to increase interception rates.”

“Opium production and cocaine manufacture remain at record levels. The amounts intercepted are also higher than ever, with the amount of cocaine seized up 74 percent over the past decade, compared with a 50 percent rise in manufacture during the same period.”

While it appears that the production of opium and cocaine is going up, law enforcement efforts to crack down on such substances are also doing a significantly better job.

And last but not least:

“The successes identified amid the many, formidable problems that countries continue to face in grappling with drug supply and demand highlight that international cooperation works. The challenge before us is to make this cooperation work for more people.”

That last quote is the closing commentary from Yury Fedotov. The movement towards a drug-free world has to be a movement of solidarity and cooperation. All of the nations have to work together to resolve this issue. We cannot focus only on our own home countries and lose sight of the other nations.

Addressing the Demand for Drugs

We touched on this in the last section. It would seem as though most national and international efforts on combatting the drug problem center around addressing the issue from a supply stance. That means cracking down on drug production, trafficking, distribution, etc. Very rarely do we see national or international campaigns directed at addressing the demand side of the drug problem.

Not addressing the demand for drugs is a colossal mistake. In a world run by mostly capitalist societies, if there is a demand for a product or service, that demand will be met. It’s Economics 101: Supply and Demand.

Here are some ways in which we could effectively reduce the demand for drugs:

The bottom line is this. It’s a big planet. And there are a lot of people on it. As long as people want drugs, there will be someone, somewhere who figures out how to produce and provide those drugs without getting caught. No degree of law enforcement efforts will ever eliminate this problem. This should be evident after an almost half-a-century-long failed U.S. War on Drugs program.

For those who are addicted to drugs, we need to help them get better through residential drug treatment centers. But we also have to address the demand for drugs. If we can work towards a society where people do not want drugs, we’ll create a better society for ourselves and for future generations as well. 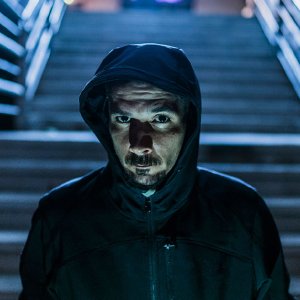 Committing to Sobriety in 2020

The holidays are a time of celebration and merriment when we get together with family members, friends, and other loved ones. It’s also a time when coworkers gather in a more casual environment and socialize. The holidays are when we all come together and just appreciate each other more. 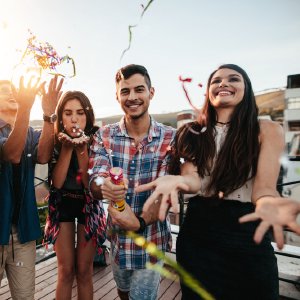