I found this principle to be shockingly evident in the way that our nation is approaching the drug problem. We have let ourselves walk down a path where we now relate “drug addiction” and everything in the addiction sphere as being synonymous with an overdose death. Our death toll as a nation is so high (70,237 people dead in 2017, per the CDC), we now instantly relate drug use and overdoses with death.

But not all overdoses are fatal, and just because a town or county does not have many overdose deaths, that does not mean that the area does not have a terrible drug problem. The locale could have a crippling drug crisis yet the drug users themselves are surviving their drug use and their incidences of overdose.

I’d like to invite us to look more closely at this, to explore the phenomena of an overdose, not as a guaranteed fatal event, but rather as an indicator of a dire condition in an addict’s life. When a drug user has gotten to the point where he or she is overdosing, their addiction has taken over to the point that the user is willing to play Russian Roulette with his life. Sure, he might survive the first overdose or two. Or he might not. But one thing is for sure, if he keeps playing the potentially deadly game and does not stop and get help, it will cost him his life.

The Key Difference in Drug Overdoses

The difference here is quite simple, but understanding it needs a better understanding of the entire addiction crisis. What a lot of people do not know is that survived overdoses occur quite often. Yet we rarely hear about them. It’s the fatal ones that get the most attention—and for understandable reasons.

According to the World Health Organization, opioid users are the drug-using group most likely to suffer a drug overdose. That isn’t news to us. We’ve known for some time that the majority of drug overdoses which occur in the United States are directly related to opioids (even if another drug, or drugs, is also involved in the overdose).

The Daily Mail featured some excellent research on the average life expectancy of drug and alcohol users, and the findings were pretty bleak. The research cited many factors, not just overdoses. We can never forget that overdose is not the only risk at hand when people use drugs and alcohol, although it usually is an overdose that ends up being the literal last nail in the coffin.

But consider this datum.

According to the World Health Organization (W.H.O.), the incidence of fatal opioid overdoses among opioid-addicted individuals comes out to about .65 percent per year. Put another way, that means that an opiate addict has a little over half of one percent chance of dying from an opiate overdose every year.

Delray Beach, Florida and a Closer Look at Fatal and Non-Fatal Overdoses

Let’s dissect these phenomena further. It’s tricky to keep track of the likelihoods of fatal and non-fatal overdoses, so right off the bat, we need to tip our hats to the W.H.O. for the research they did to derive these figures.

And I say it’s tricky to ascertain data like this because the factors which impinge on the occurrences of overdoses are always fluctuating. For one thing, you have the overall growth of the opioid crisis in America. More people are getting addicted to these drugs every year, faster than they can be helped off of them through residential addiction treatment. So in that sense, the fatal overdose rate should grow, and it usually does.

But by that same token, life-saving overdose-reversal medicines like naloxone (branded as Narcan) are being made more available to first responders and the general public. The growing prevalence and use of naloxone is helping to save lives, turning would-be fatal overdoses into survived overdoses.

While the tide between fatal and non-fatal overdoses is always shifting, the important thing is to consider both of these events when gauging the voracity of the addiction crisis and when designing strategies for tackling that crisis.

For example, a city might have a particularly virulent drug problem, yet very few overdose deaths per capita for the city’s population. That could be because that city did an excellent job of getting their first responders and residents educated on naloxone and its use and getting them equipped with the life-saving medicine. But the drug problem is still there.

Several cities have done just that. Take Delray Beach, Florida, a city many have considered the “rehab capital” of the world. Delray Beach attracts thousands of addicts every year, individuals who come to the city to try and get clean at one of their fancy, resort-style rehabs. After 28 days of an honestly pretty generic and insufficient program, those individuals are “discharged." But most did not get nearly enough help or time in treatment, and so they roam the streets of Delray, looking for help. Most relapse.

For several years, Delray Beach was a haven for partially recovered addicts, most of whom had relapsed, many of whom had overdosed. The city was notorious for overdoses. The city’s police department and citizenry were well aware of this fact. All first responders had been carrying naloxone for years, and many of the residents were doing so as well. And you would probably carry naloxone, too, if you lived in a city of only 68,749 people which had over 5,000 overdoses in 2016 alone.

The critical factor in the Delray Beach situation was that, even though 5,000 overdoses occurred in one year, very few of those who overdosed died. An outside observer who did not do much digging might not see the drug problem for what it is, if only because the city was not having an excessive amount of overdose deaths. But the reality of the situation is that Delray Beach had one of the most concentrated drug problems in the entire country, and certainly in the state of Florida.

Since 2016, Delray Beach has done much to curb both fatal and non-fatal overdoses alike. You can read more about that city’s struggle and how they came out of it in national news media such as the New York Times, or in periodicals local to East Florida such as the Palm Beach Post. The fact remains though, this city’s story is a good lesson in why we must always keep in mind the occurrence of both fatal and non-fatal overdoses alike.

Fatal Overdoses Are One Piece of the Puzzle

We have to avoid the assumption that, just because a city or area does not have many fatal overdoses, that the city or region does not have a bad drug problem. They are not one and the same.

With the 2020s just around the corner and all kinds of doom and gloom predictions for the drug crisis coming with it, let’s move forward with our efforts to help people overcome addiction, and let’s remember to consider all of the nuances of addiction and overdose. The more we know about this crisis, the better equipped we will be to solve it. 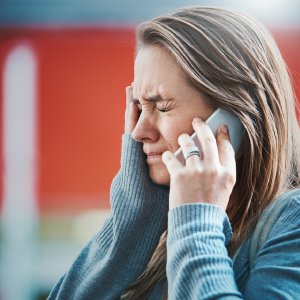