As our great nation continues to struggle with a sweeping drug problem, the American people have attempted to create new ways and means of addressing that problem. Not all such approaches have been successful or sensible. For example, as the drug crisis gets worse, a frequent question that arises is: “Why don’t we just legalize or decriminalize drugs?”

But the problem is, if we adopt a blanket policy decriminalization, and especially legalization, we open the door to our crisis getting worse, not better.

The Difference between Legalization and Decriminalization

Before we get too far into this discussion, let’s define the terms. We’re talking about legalization and decriminalization. They are not the same thing.

“Legalization” in this sense means, literally, to legalize drugs. It means to take something illegal and to make it legal. It means to allow for the use and consumption of substances which were previously outlawed and punishable by criminal convictions. At the time of this writing, the nation is mired in an all-out contentious debate on whether or not to legalize marijuana.

“Decriminalization,” in this context, means to remove the criminal implications of drug use. That is how the term is defined by the Drug Policy Alliance, an advocacy group for decriminalization. This is an interesting concept, and while it is not discussed much in the United States, it has been used as a platform in other nations. To decriminalize a drug means that the drug itself is still an illegal substance; it is against the law to sell it, transport it, possess it with the intent of distributing it, etc. However, the use of the drug is not illegal. Otherwise, law-abiding people can use drugs under decriminalization doctrine. Usually, the nations which utilize some form of decriminalization policy do so by simply not arresting people who are found to be using drugs.

Illegal or Legal? A Logical Comparison

To the casual observer, it may seem that decriminalization is a sensible platform. But there are several logical consequences we can foresee within such a policy. First and foremost, if drug use becomes legal, more people will use drugs. That is just a fact. Even if the buying and selling of drugs and the trafficking of narcotics remain a crime, if we slacken our policy on drug use, if we make drug use more approachable, more people will use drugs.

To support this point, let’s take the two most common and most devastating drugs in the United States of America. These are vicious substances, and they take more lives than all other drugs combined. Care to take a stab at what they are? Not heroin, pharmaceuticals, cocaine, or meth. The two most lethal and dangerous drugs in the United States are alcohol and tobacco. And those substances are 100% legal for most age groups.

If alcohol and tobacco were illegal, fewer people would use them. And if fewer people used them, we wouldn’t lose more than half a million people to those substances every year. This is not an argument for the prohibition of alcohol and tobacco. But it is a logical statement that the nature of a substance’s illegality is a big part of what prevents a lot of people from consuming it.

A publication in U.S. News from May 8, 2019, highlighted a Philadelphia prosecutor’s efforts to decriminalize drugs within the city limits. The article focused on Philadelphia District Attorney Larry Krasner, his views on the drug problem, and his views on the best way to address that problem.

However, the policy that District Attorney Krasner is supporting isn’t really decriminalization, per the definition of the term. It is diversion, which is a different subject entirely. If Larry Krasner gets what he wants in Philadelphia, drugs and drug use will still be illegal, but drug offenders will be diverted to addiction treatment centers instead of the criminal justice system.

The definition of the policy of diversion is spelled out by the New Hampshire Juvenile Court Diversion Network. According to their publication:

“Court Diversion is a common sense approach to holding offenders accountable for their behavior while preventing or reducing court involvement. The program aims to significantly increase the person’s awareness of his/her inappropriate actions….”

“Court Diversion is a common sense approach to holding offenders accountable for their behavior while preventing or reducing court involvement. The program aims to significantly increase the person’s awareness of his/her inappropriate actions, while following the Restorative Justice Principal which encompasses: a balanced commitment to have concern for the victim, repair the harm imposed on the community, hold the offender accountable through community service, and build citizen skills and competencies in the offender.”


Diversion is a common sense method often practiced in juvenile law, but why not utilize it in adult law too? Why not capitalize on this method for adults who struggle with drug addiction and alcoholism? Is it a crime to be an addict? Surely not. But we don’t have to legalize or decriminalize drugs to help addicts. We can divert addicts into treatment centers instead of jail cells.

The legalization of drugs would be a foolhardy response to the failure of the War on Drugs program. Has the War on Drugs failed? Absolutely. But just because our nation’s 1970s and 1980s-era, heavy-handed, criminalizing approach to addicts didn’t work does not mean that we should leap 180 degrees in the opposite direction. We should not jail drug addicts as a solution to addiction. That does not work. But at the same time, we should not decriminalize drugs. That would just allow addicts and nonaddicts alike to use as much drugs as they wanted.

The implementation of a decriminalization of drugs would be sort of like traversing a gorge on a rotting, unstable rope bridge. You might make it to the other side. But at any moment, this policy could take our nation over the edge into a sudden surge of drug use, particularly among our youth. Statistics from the National Institute on Drug Abuse already show that young people see fewer and fewer risks in using marijuana, most likely thanks to the states which have legalized cannabis. What would happen to people’s perception of risk in drugs if the entire nation decriminalized drug use? More people would use drugs as a direct result of a reduction in perceived risk. “Surely, it cannot be all that dangerous if it is no longer illegal to use it, right?” That would be the thinking.

Diverting arrested addicts away from jail cells and into drug and alcohol rehab centers is something we can all get behind. We should not jail addicts, we should not allow drug use. I think we can all agree that a jail cell is no place to treat addiction. But neither is a street corner where an addict can legally shoot up. Rather than incarcerating addicts for years at a time, fining them heavily, and introducing them to an increasingly flawed criminal justice system, let’s reform our approach to addiction. Let’s put treatment as the gold standard, the first approach, and the necessary route for anyone who struggles with a drug habit or alcoholism. 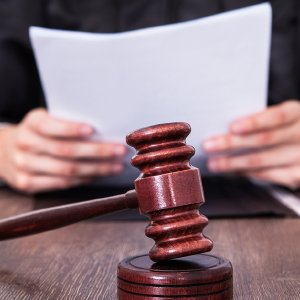 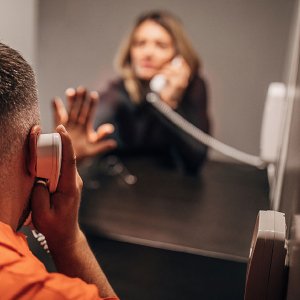