A story out of Philadelphia, Pennsylvania, made national news partly for its sad nature and partly for the deeper meaning behind the story. According to the Philadelphia Department of Public Health, a tranquilizer drug called xylazine (approved only for veterinary use) was involved in nearly one-third of Philadelphia’s heroin and fentanyl deaths in 2019.

What exactly happened in Philadelphia, what danger is there in human consumption of xylazine, and why is this local case actually a national, even an international, issue?

Reporting on Concerning Drug Use in Philadelphia

According to the report, xylazine poisoning can cause bradycardia, (abnormally slow heart action), severe respiratory and central nervous system depression, hypotension, and other adverse changes in cardiac function. Furthermore, when addicts use xylazine with heroin, fentanyl, or cocaine, it can have an additive effect, amplifying the negative effects of the drugs. Most importantly, adding xylazine to opioids increases the risk of overdose and death.

Why xylazine? According to research and survey data, when xylazine is added to fentanyl, it increases the potency and duration of a fentanyl high. As seeking a more potent, prolonged high is simply part of the nature of addiction, it’s not surprising that addicts would seek out fentanyl or heroin that had been mixed with xylazine.

However, mixing xylazine with opioids increases risk. The two drugs combined depress both blood pressure and the central nervous system. That has the combined effect of slowing breathing and heart rate, which results in a high risk of overdose and death.

A Similar Story Out of Puerto Rico

While one would hope that xylazine abuse in Philadelphia is an isolated case of drug abuse that a focused public health response could resolve, Philadelphia is not the first location where addicts have begun to mix xylazine with opioids. Since the early-2000s, veterinary drugs, xylazine included, have gained popularity as recreational drugs in urban areas all across the country and world.

For example, xylazine misuse cropped up in Puerto Rico about a decade ago, an epidemic of abuse that left hundreds of Puerto Ricans addicted and several dead from overdoses. Furthermore, Puerto Ricans who mixed xylazine with other drugs like opioids or cocaine often experienced other severe health outcomes like skin lesions and nonfatal overdoses.

Drug “Cocktails”—Taking a Look at the Danger of Mixing Drugs

Unfortunately, the issue of xylazine misuse in Philadelphia is not an isolated case. As clandestine drug manufacturing technologies advance and as addicts continuously look for different, stronger, and longer-lasting highs, mixing drugs has become more common.

But here are some reasons why mixing drugs creates even more risk for addicts:

Opioid Addiction—Clear Danger Exacerbated When Other Drugs are Mixed In

It is extremely dangerous to misuse opioid drugs. According to the National Institute on Drug Abuse, of the more than 70,000 Americans who died from drug overdoses in 2019, more than two-thirds of those deaths (49,860 deaths) were directly attributable to opioids. Synthetic opioids like fentanyl caused about 36,359 deaths. Prescription opioids caused another 14,139 deaths, and 14,019 deaths were caused by heroin.

More Americans die from opioids than the deaths that occur from all other drugs combined. And when non-opioid drugs are mixed in with opioids (like xylazine), risk factors increase, and addicts are more likely to lose their lives.

Why It’s So Important That Drug Addicts Get Help

Drug addiction is not a new problem. And drug-related deaths are not new either. What is new is the sheer number of deaths occurring each year and the fact that the annual death toll has skyrocketed since the turn of the century. Drug addiction looks very different in 2021 than it did in the late-1990s. Drug addiction is far more likely to be fatal now.

Because of the risk of death alone (and there are many other, nonfatal risk factors), addicts should do everything they can to get help as soon as possible. Addiction is often fatal, but it does not have to be. Help for drug and alcohol addiction does exist and is available to addicts.

Xylazine is in the news for causing overdoses, deaths and addiction in several U.S. states and Puerto Rico. But many people don’t even know it’s in their supplies of heroin, fentanyl or cocaine. In this case, what they don’t know can kill them. 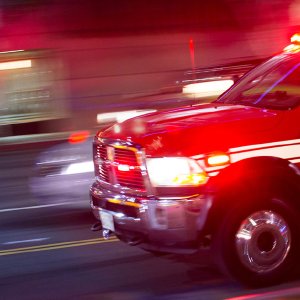 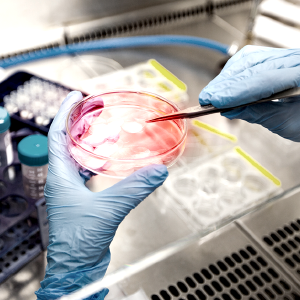