Alert for Parents: Watch for this New Form of Marijuana

There’s a new cannabis product making the rounds and parents need to know what to look for. West Coast parents may already have found this drug in their child’s backpack or pockets but for most other parts of the country, it’s a new arrival. It’s crystalline THC, testing at more than 99% purity.

Let me give you a little background on what THC is.

THC or tetrahydrocannabinol is the most potent psychoactive component in marijuana, and the one that people who want to get high will look for. Marijuana can be engineered so it is high in THC or so that it has more cannabidiol (CBD). A high-CBD product is more often used for medical benefits as it does not get the user high.

In the last several years, cannabis growers have developed strains of the plant that offer as much as 25% or even 30% THC. In general, the higher the THC content of a strain, the higher the user will get when it is smoked or otherwise consumed. It has also became popular to extract the THC along with other components of the plant and sell it in waxy or glass-like concentrates. The potency of these concentrates ranges from 50% THC to 80%.

Crystalline THC is being referred to as “diamonds” or “crystals.” The substance is, to be accurate, tetrahydrocannabinolic acid or THCA, just one isolated component from marijuana. In this crystallized acid form, you could ingest these crystals and not get high. When the crystals are heated by smoking, the heat immediately converts the THCA into THC. And as it converts, the user gets high very quickly.

There’s nothing synthetic about this drug. It’s simply a highly purified form of one component from this plant. All the plant material and other cannabinoids have been removed.

It is extremely expensive and so is normally sold in very small quantities. It might be found in very small jars holding a half gram or a gram. A gram of this substance will run about $200.

True to its name, crystalline THCA will be pure clear crystals or the crystals may have a golden appearance. To give the product the distinctive flavor of smoking cannabis, other flavor and fragrance extracts of cannabis are sometimes added to the pure THCA. These substances, called terpenes, provide the gold color and a skunky smell common to many strains of marijuana.

The crystals can be so fine that they look like coarse sugar or they can form small chunks. They closely resemble crystal methamphetamine.

One drug identification class teaches its students that if you had two shot glasses filled with these crystals, that’s enough of the drug to impair twenty thousand people.

There is some evidence that this drug is now being more frequently distributed to other parts of the country. You may find it among your child’s belongings no matter where you live.

The use of concentrates like hash oil and shatter have become extremely popular in states where medical or recreational marijuana has been legalized. As crystalline THC provides a new kind of high from cannabis products, a person who’s been smoking marijuana or concentrates for a while may purchase this new drug as they seek a more intense experience.

Make no mistake—this is a very powerful drug. It would not be surprising to see crystalline THC in more parts of the US in the coming months. 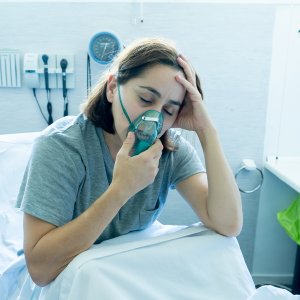 What is Dabbing? A Guide for Parents

As marijuana legalization has increased, new and risky ways of using cannabis products are coming to the forefront. What do parents need to know to protect their kids?

Ren in Marijuana use 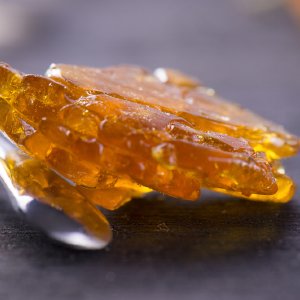