Alcohol or drugs—which is more destructive of human life? Well, let’s look at which topic is more prominently featured in today’s news media. Check out the website for the Washington Post—their featured article one day in October 2017 focuses on efforts to reduce the damage done by prescription drugs. Check out legislation working its way through the House and Senate and you’ll find laws like H.R.993—Opioid Abuse Prevention and Treatment Act of 2017.

You’ll look in vain for much legislation that aims to reduce the devastation resulting from excessive consumption of alcohol. And about the only time you’ll find news features on alcohol is if a public figure is caught driving while drunk.

Actually, it doesn’t take much searching to discover that alcohol creates vastly more negative effects to health, lives and society than drugs. If this is hard to swallow, it’s probably because you’re not seeing much news on the chaos resulting from alcohol use.

Are lawmaking bodies negligent to overlook this destruction? They weren’t always. Remember Prohibition, the Constitutional Amendment passed in 1919? It was repealed in 1933 and in the intervening years, did little to nothing to stem problems resulting from alcohol use and alcoholism. So that wasn’t an effective move.

You might think alcohol is a non-issue—not really worth paying attention to. There is very clear evidence to the contrary from the one organization that documents the global harm from alcohol consumption—the World Health Organization (WHO). In actual fact, compared to drugs, alcohol is the violent, devastating elephant in the room that no one seems to want to talk about.

Every few years, the WHO rounds up international statistics on this harm and compiles it in a report called the Global Status Report on Alcohol and Health. Their latest report was issued in 2014. Here’s some of the facts that legislators and the news media seem to be ignoring.

That sounds pretty significant, doesn’t it? But there’s another fact that is far more compelling. This one:

How many people are killed around the world by drugs? The United Nations Office on Drugs and Crime reports that in 2012, 207,400 lost their lives due to drugs.

Part of the reason alcohol doesn't get as much attention is that alcohol often kills people more slowly and more indirectly than drugs. So how are those deaths occurring? In the WHO report, there’s a page-long breakdown of all the different paths to death so we’ll just sample a few of them.

Of course, harm from alcohol consumption doesn’t just harm the drinker. It also harms those around the drinker. The WHO report also comments on this wider destruction, noting:

Of course, this wider scope of damage is true for drug abuse as well.

There are also public health costs that directly lead back to excessive alcohol consumption. Emergency rooms are expected to deal with those who have blacked out, are found vomiting in the gutter, or who are comatose and in danger of immediate death.

In 2016, the Washington Post published a detailed commentary from an emergency room doctor documenting the revolving door of the ER when it comes to alcoholics. In this commentary, the story was told of a homeless 56-year-old alcoholic who was received in the ER in the evening, registering a blood alcohol concentration that has killed some people. The ER staff had no solution for this man other than to give him a sandwich and let him sleep till morning. Then they handed him a list of rehab centers and he walked out the door.

He could have been treated for his chronic liver disease, gastritis, seizures and chronic obstructive pulmonary disease. From time to time he was admitted for pneumonia or other infections. The ER staff were helpless to truly help this person because of their policies, lack of funding and the inability of the individual to truly pursue a resolution of his condition.

Every urban center has some of these individuals living on the streets. They cling together, sharing meager resources. They cycle repeatedly through homeless shelters, emergency rooms and social services. This, too, is part of the wreckage of alcohol.

Babies damaged by their mothers’ consumption of alcohol while pregnant add another layer to the catastrophic effects of alcohol. The Public Broadcasting System reported in 2016 that a Chicago doctor had uncovered a hidden epidemic of brain damage resulting from exposure to alcohol in the womb. Two years before, his research led him to conclude that 2% to 5% of first-grade students in a largely white and largely middle-class Midwestern school suffered from fetal alcohol spectrum disorder (FASD). Symptoms of this impairment include physical changes, poor judgment, difficulty planning, poor control of impulsiveness and difficulty gaining speech and language skills. He further conducted a study among 611 psychiatric patients and found that nearly 40% showed symptoms of FASD.

If his grade-school research happened to be valid if applied across the entire United States, that means that we could have as many as six million people struggling with some of the effects of prenatal alcohol exposure—and chances are very good that few of them know anything about this condition.

It’s obviously not going to work to outlaw alcohol again. There are many other ways the destruction of alcohol can be addressed, however. Like these:

It all starts with education. In the home, in social groups, in clubs, in schools, in churches, anywhere in our society. The more education and communication, the better. If the information in this article has shifted your opinion on alcohol, please consider sharing it. 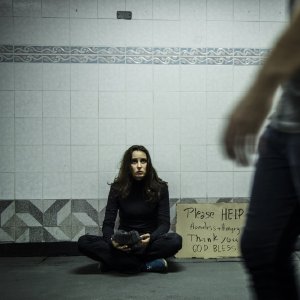 When some people drink, they get a deeply flushed face. Why? Their bodies can’t keep up with the toxic burden of alcohol so a dangerous by-product called acetaldehyde accumulates. Actually, this chemical is doing a lot more damage than making one’s face red. 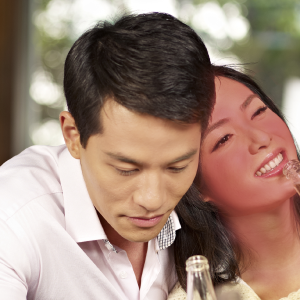