Do We Even Need Opioids?

When I see a headline in the media about opioid painkillers, the first thing I think of is addiction. And rightly so, as most news stories tend to be about the addictive nature of opioid painkillers, about overdoses, drug crime connected to painkillers, or pharma companies getting busted for their addictive products. So when I stumbled across a 2018 article from CBS News that headlined with “Opioids No Better Than Tylenol for Chronic Pain,” I paused in interest.

I had heard arguments here and there about the real efficacy of opioid painkillers for long-term pain relief versus the promoted effectiveness of them and the stark disparity between the two. But this was the first time I had ever seen the subject discussed in a national, news media source. For years the media and medical industries alike had toed the party line that opioid pain relievers were the “gold standard” for both acute and chronic pain relief.

Are we finally starting to break away from that erroneous concept?

Data on the Questionable Efficacy of Opioid Painkillers

The article from CBS News focuses on the research of Dr. Erin Krebs, a physician and researcher at the Minneapolis Veterans Affairs Health Care System. The report highlights a year’s worth of study and research that included over 200 veterans who all struggled with chronic pain. The investigation ultimately concluded that using prescription opioids (like Vicodin, Fentanyl, OxyContin, etc.), for chronic pain was actually no more effective than using over-the-counter (OTC) pain relievers like Tylenol and Ibuprofen. In fact, the research found that over-the-counter pain relievers were often more effective in relieving chronic pain.

The study achieved its results by randomly doling out prescription opioid pain relievers and OTC pain relievers to VA pain patients and then studying the effects. Patients were queried as to their symptoms and pain levels without being told what type of medicine they had been given. Patients were followed over a course of 12 months to ensure accuracy in feedback. The survey results revealed: (1) no difference in OTC painkillers and prescription opioids, or (2) the OTC meds were more effective in pain relief than the opioid meds.

According to Dr. Erin Krebs, “Opioids have this reputation as being really powerful painkillers, and that is not what we found.”

Good Reason to Consider Non-Opioid Relief as a Real Option

For a look at the full study report, the Journal of the American Medical Association is the current hosting site for its publication.

“Opioid medications were not better at improving pain that interfered with activities such as walking, work, and sleep over 12 months for patients with chronic back pain or hip or knee osteoarthritis pain compared to non-opioid medications.”

In a direct quote from a JAMA media report, “Opioid medications were not better at improving pain that interfered with activities such as walking, work, and sleep over 12 months for patients with chronic back pain or hip or knee osteoarthritis pain compared to non-opioid medications.”

Dr. Kreb’s publication is not the first research paper to indicate pharmaceutical opioids as being less effective than they are promoted to be. However, the 12-month observation of 240 veterans on OTC painkillers and opioid painkillers is one of the most comprehensive and dependable research projects we’ve seen yet which sheds light on the sheer lack of efficacy in using opioid analgesics for long-term pain relief.

According to Dr. Tara Narula, who commented on the research findings, “I think people need to be aware that if they’re given an option for opioids, they should ask to try non-opioid options. It should be used in the lowest dose for the least amount of time possible, and that according to this study it was really not as effective. Doctors are more aware now, and they are being more conscious about not prescribing.”

Dr. Krebs backed up Dr. Narula’s commentary with her insistence that alternative pain relief routes, methods which try to address the source of the pain (like physical therapy, rehabilitation therapy, and so on), are the most effective means of treating chronic pain.

Dr. Krebs isn’t the only expert saying this. In 2016, the Centers for Disease Control and Prevention released prescribing guidelines for opioids which strongly urged doctors to seek alternatives to opioids for their patients whenever possible.

I am quite pleased to see that there is finally research that is garnering national attention and which shows, beyond any shadow of a doubt, that opioid painkillers are not as effective as the Big Pharma advertising campaigns say they are. But even more important than their lack of efficacy is the dire addiction risk that the use of these drugs brings about.

Opioid pharmaceuticals have been a major contributing factor to the opioid addiction epidemic as it stands in the United States today. When pharmaceutical companies began to heavily promote and manufacture mass quantities of these drugs in the late 1990s and early-2000s, this led to a considerable upsurge in prescribing. As more patients were put on opioids for pain, more became addicted, more died. Before we knew it, the U.S. was also experiencing an upsurge in heroin abuse as addicts switched from expensive opioid meds to cheaper, more potent heroin.

Now the U.S. loses tens of thousands of people to opioid overdoses every year, and even though opioid prescribing statistics have dropped slightly, prescribing rates are still far higher than they were twenty years ago. Plus, every time someone becomes addicted to opioids, even if they don’t die from the habit, they and their families suffer tremendously. Opioid addiction crushes families constantly, even if no deaths occur.

If you have a family member or loved one who is already addicted to opioids, the solution is to get them off of opioids as quickly as possible with the help of a residential drug and alcohol addiction treatment center.

If you have a family member or loved one who is struggling with chronic pain, don’t buy the sales pitch from doctors or the pharma industry. Opioid painkillers are no longer the gold standard for pain relief. They never were to begin with. Instead, do your best to help find alternative approaches to pain relief that are not only more effective but which also do not present such a severe risk for addiction.

A recent article in U.S. News reported on a new study published in The Journal of Urology. The data suggests that taking opiate-based painkillers after a vasectomy does not improve pain control. Furthermore, taking such drugs after a vasectomy is also linked to the persistent use of such medicines in the months following surgery… 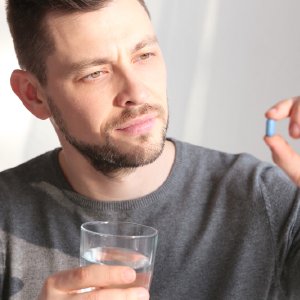 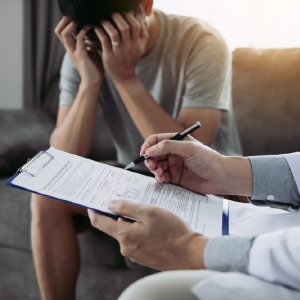