Senator Gillibrand, a Democrat, teamed up with Senator Cory Gardner, a Republican from Colorado. The two politicians drafted a bill called the “Gillibrand-Gardner Bill.” The bill aimed to limit opioid prescriptions for acute pain to just seven days.

(It is worth mention that the Centers for Disease Control and Prevention, the nation’s leading authority on keeping the American people safe from health threats, also backs a seven-day prescribing period for acute pain. In fact, the CDC recommends doctors start their patients with only a three-day prescription, and then maybe extend the medicine to seven days.)

Within just a few hours of releasing the proposal, Senator Gillibrand was vehemently criticized for her proposition by disability-rights advocates, chronic-pain sufferers, and patient advocacy groups. Despite sound evidence, support and Senator Gillibrand’s good intentions, she was immediately attacked for even suggesting that people should not have such easy access to opioid pharmaceuticals.

In spite of the criticism, Senators Gillibrand and Gardner are not the only U.S. politicians who have proposed restrictions on opioid prescribing. In addition to the CDC’s recommendations in this area, there was also the proposed bill from Senator Rob Portman from Ohio who introduced a three-day limit on opioid prescribing for acute pain. Furthermore, no less than 32 states have enacted restrictions on access to opioid pain medication.

All of the efforts discussed above are not taken in the hopes of denying people who struggle with pain access to their pain relievers. All of these efforts are the well-intentioned efforts of those who would see an end to the opioid epidemic in our nation which kills tens of thousands of Americans every year.

While the Washington Post article points out the criticism of those who would create a blanket approach to reducing opioid prescribing, the article does an excellent job of drawing attention towards the nation’s significant deficit in sensible, practical, and well-funded efforts towards curbing the opioid addiction crisis. The article references the “CARE Act” a bill sponsored by Democrat Senator Elizabeth Warren (another Presidential contender) of Massachusetts and Republican Representative Elijah E. Cummings of Maryland which would release $100 billion in funding over the next ten years to create addiction treatment and prevention programs for addressing the drug problem. This would be a move in the right direction.

The big argument here is that one side wants to see opioid prescribing reduced to curb the spread of the opiate addiction problem—a devastating crisis which has killed just under 400,000 people from 1999 to 2017.

The other side is the pain patients and their advocates—those who feel they will suffer terribly if they lose access to their opioid pain relievers. Millions of people use opioid pain relievers ethically, but about 11.5 million people use them unethically (according to the Centers for Disease Control and Prevention). However, what exactly is “ethical” seems to be up for debate and the large amount of profit being made by Big Pharma certainly isn’t helping to bring clarity to the situation.

Another group (or groups) which side with the pain patients and their advocates are many doctors and most of the pharmaceutical industry. There is a lot of money to be made in “medicating” pain (i.e. relieving pain via expensive opioid pharmaceuticals but never really getting to the bottom of what is causing the pain and addressing that). This is one of the darker sides to the pharmaceutical opioid issue—the money aspect. Not only is it simply unpleasant that some doctors and essentially all pharmaceutical manufacturers push opioids partially just for the profit, but this adds yet another factor into the never-ending problem of physical pain, opioids, and addiction.

We can see that factor played out in the massive increase in pharmaceutical prescribing over the last 20 to 25 years. Why did the opioid painkillers become so much more potent in the 21st century? Did the pain symptoms experienced by patients increase by 80 times? Certainly not. The potency of the painkillers increased so much because pharmaceutical companies knew they could make money from making pain patients into legal addicts.

How Can We Address Physical Pain Without Creating a Nation of Addicts?

Throughout history, the human race has utilized a multitude of pain relief options that were not addictive or harmful. Pain relief in the U.S. in the last quarter century has simply been monopolized by the over-prescription of opioid drugs. But such is not normal, ethical, or at all proper. We should prioritize holistic medicine and alternative solutions for pain relief over opioid pharmaceuticals. Acupuncture, physical therapy, massage therapy, supplementation, diet change, exercise, lifestyle change, and so on—these were all used to lower patient pain. The truth is, we’ve always had solutions for pain symptoms, it’s just that the promoted “solutions” of the late 20th and early 21st-century have been far more dangerous, addictive, and potentially lethal.

Chronic pain patients need to ask themselves, do they really need that “mega-ultra-supersize-dosage” of fentanyl patches or that huge blister pack of around-the-clock OxyContin care? If it meant that fewer people would die from opioid overdoses, is it possible that pain patients would be willing to get by with an occasional low-dosage of morphine, regular physical therapy, and daily exercise? Or would it even be possible to do away with opioids entirely and get by with natural pain relievers like Turmeric, Ginger, Boswellia, Cat’s Claw, Valerian Root, White Willow Bark, Magnesium, Capsaicin, and other, natural supplements that bring pain levels down? I think these alternatives at least bear some consideration.

I don’t expect America to entirely give up opioids as a pain relief option for some. We’ve had these medicines in our arsenal for a little over 200 years. But it’s only in the last 20 years that there’s been a severe epidemic with opioids. Let’s dial opioid prescribing back considerably. Let’s do away with high-strength opiates that are blatantly overkill and which just act as belligerent money-makers for Big Pharma. Let’s support and advocate non-opioid-related methods of pain relief.

Let’s help those who are actively addicted to opioids to get off of those opioids through residential treatment, but let’s also make sure that they have access to non-addictive, non-opioid pain relief methods if they need help with chronic or acute pain. We can reach a stable condition in which opioid addiction is a thing of the past, while pain patients still get the pain relief options that they need. 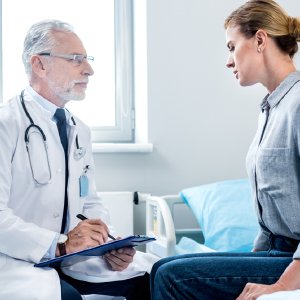 At this point, it is pretty clear to me that the United States of America is suffering from a crippling and extremely derisive opioid addiction epidemic. Sometimes, we have a hard time swallowing this bitter truth. 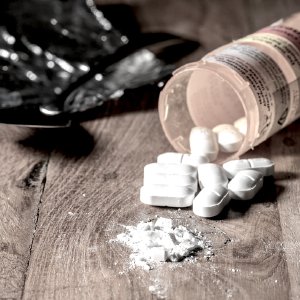