For many men the prospect of getting a vasectomy fills them with fear. The common reversible procedure used to prevent unwanted pregnancy has been the butt of many locker room jokes. Over time as the use of opioids to control pain has increased it has become common to prescribe these drugs in the place or ice or less addictive drugs for post surgical pain. These drugs not only create an increased chance for addiction, they are apparently not all that effective for managing pain in the case of this delicate procedure.

A recent article in U.S. News reported on a new study published in The Journal of Urology. The data suggests that taking opiate-based painkillers after a vasectomy does not improve pain control. Furthermore, taking such drugs after a vasectomy is also linked to the persistent use of such medicines in the months following surgery.

The men who were initially prescribed opiate meds were statistically much more likely than their non-opioid prescribed counterparts to seek opioids for ongoing pain management, even months after the vasectomy operation.

Dr. David Barham and his colleagues at Tripler Army Medical Center in Honolulu commented on the findings. “Alarmingly, 7.8% of patients in the opioid group had new persistent opioid use at 90 days compared to 1.5% in the non-opioid group.”

When men are exposed to opiate pain meds following a vasectomy, they are far more likely to go on seeking opiate meds, even long after their surgery has healed. It would, therefore, make sense for doctors and patients alike to explore other pain relief options for post-vasectomy patients, given the risks.

The CDC on Ethical and Conservative Painkiller Prescribing

Not only is it unclear if doctors even should be prescribing opiates for post-op vasectomy pain, but the strengths and durations of such prescriptions are flawed. We can see that opiate painkillers are not the most efficient means of pain relief following a vasectomy. And the added addiction risk makes prescribing such drugs pretty ridiculous.

It would be bad enough if we chalked up such medical errors to the ever-present margin for error that comes along with the “practice” nature of medicine. But the truth is, such liberal pain med prescribing is not even considered correct or standard! It’s not a margin of error; the entire approach is in error.

Another definition of “practice” could be “To perform or do habitually or usually.” We don’t want medical doctors, in their practice of medicine, to simply prescribe opiates every time because it is now the habitual thing to do.

The Centers for Disease Control and Prevention, one of the leading authorities on monitoring potentially risky health practices, released a straightforward publication on the need for more conservative use of pain meds. The CDC talked about how long-term pain med misuse often begins with patients who are seeking pain relief from an operation (acute pain relief). Quoting the CDC:

“Long-term opioid use often begins with treatment of acute pain. When opioids are used for acute pain, clinicians should prescribe the lowest effective dose of immediate-release opioids and should prescribe no greater quantity than needed for the expected duration of pain severe enough to require opioids. Three days or less will often be sufficient; more than seven days will rarely be needed.”

The CDC published that report in 2016. Yet, still, almost four years later, patients are being put on highly addictive medications for acute pain relief, even when other, effective pain relief options exist.

Anyone who undergoes a routine medical procedure and who then becomes addicted to opiates in the post-op recovery period is someone who experiences a special kind of injustice. Men who seek pregnancy-preventive methods like vasectomies should not face an addiction risk from the very medications prescribed to help them recover from the procedure. Men should not fear the possibility of addiction simply because they want to seek a common reproductive health option.

But in the event of a close loved one falling prey to a painkiller addiction as a result of post-operation pain management, the solution to that unfortunate and dangerous condition lies in getting the loved one into and through a residential drug treatment program. An addiction to opiates is a life or death matter, even if the individual did not intentionally begin by taking opioids in an abusive, self-medicative fashion. Once a person is addicted, they need help, regardless of how the addiction started.

Residential drug treatment centers offer the most successful and safest routes for helping people overcome addiction. At a drug rehab, a recovering addict will have access to a safe and secure, drug-free facility, as well as dawn-till-dusk courses, classes, counseling sessions, programs, educational segments, group activities, outdoor activities, lectures, exercise, electives, and so on. If you know someone who took pain medication for a legitimate condition but who is now addicted to such drugs, make sure they get help today. 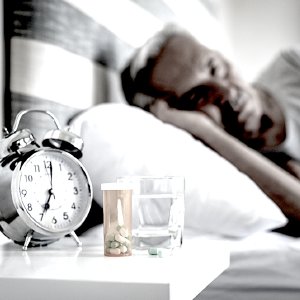