Winnipeg Experiences a Surge in Opioid Overdoses During COVID-19 – What Can We Learn from That Crisis?

The Canadian city of Winnipeg recently experienced a sharp increase in overdoses, both fatal and nonfatal. The surge of drug use shocked the city’s public health system and the general population.

When experts examined the overdose cases in Winnipeg, it was found that the city had experienced a “perfect storm” of sorts, one that allowed for a sharp increase in drug-related deaths. As it turned out, the city’s addicted population experienced a significant drop in their access to healthcare services due to the COVID-19 pandemic, unemployment soared at the same time, and a new drug called “purple down” was introduced into the city. These three factors combined caused a two-month-long spell of death after death.

A Combination of Deadly Circumstances

“Between June and mid-July, paramedics administered the opioid overdose reversal drug, naloxone, 316 times,” according to the headline of a CBC Canada article from July 22nd, highlighting the crisis of drug overdoses in Winnipeg, Manitoba.

The city’s drug overdoses have surged through the first half of 2020, and local officials believe that much of it has to do with stress, job loss, increasing health risk due to COVID-19, and a surge in the use of overdose-inducing drugs such as fentanyl and other opioids.

The number cited above, 316 incidences of first responders administering naloxone to save an overdosing addict’s life, marked a 161 percent increase from last year. Calls made to EMS dispatch regarding opioid overdoses have also soared in Winnipeg. Between March and May, 259 calls were made to Winnipeg Fire Paramedic Service regarding substance abuse. In June, 144 such calls were made, a 227 percent increase over the 44 such calls made in June 2019. Though July’s numbers have not yet been fully reported, at the time of the CBC Canada article, July had already seen 108 calls placed to Winnipeg Fire Paramedic Service for substance abuse.

To make matters worse in Winnipeg, the drugs that addicts are using are more potent and dangerous than they used to be. Addicts are mixing different types of drugs, often causing first responders to administer multiple doses of naloxone to revive just one overdosing addict.

“Folks that are dealing with personal trauma and substance use issues will seek out a drug that they can get. Something that is pretty simple to get is a drug like heroin or fentanyl.”

According to Cory Guest, a paramedic public education coordinator for the Winnipeg Fire Paramedic Service, “A year, two, three years ago that (mixing multiple different types of drugs together) was really not the case. That really speaks to the lethality of these drugs that we’re seeing. The fact that we’re seeing multiple substances cut with different substances is very challenging. Folks that are dealing with personal trauma and substance use issues will seek out a drug that they can get. Something that is pretty simple to get is a drug like heroin or fentanyl.”

Some experts believe that more addicts are using fentanyl and other opiates because meth, a common drug of choice in the city, is not as readily available due to border closures (meth is usually trafficked into Winnipeg, it is not often made there). Here is a situation where the COVID-19 pandemic has caused border closures, which has, in turn, changed the drug supply and demand in Winnipeg. This chain of events has resulted in more overdoses in the city.

And it gets worse. Leading from that, there is now an entirely new drug on the streets of Winnipeg, a drug called “purple down.”

Purple down falls into the category of “altered” fentanyl, i.e., a batch of fentanyl that has been mixed with chemicals and fillers so that dealers can get more money for less actual fentanyl. In the case of purple down, this synthetic mixture is fentanyl mixed with heroin and caffeine.

In Winnipeg, another factor that has led to more overdoses is that addicts do not have as much access to healthcare services or treatment due to COVID-19. Isolation mandates and a community healthcare system focused almost entirely on COVID make it very difficult for addicts in Winnipeg to get the help they need.

Narconon offers a unique and effective residential drug treatment program that helps addicts address their addiction’s physical, mental and emotional aspects. Narconon helps recovering addicts tackle their drug problems from multiple angles, ensuring no stone is left unturned. All of the elements of such a multi-faceted problem are adequately addressed.

Winnipeg’s story makes it all too clear—any region of the world can experience a massive spike in drug use and drug overdoses, often with the residents being unprepared for it. That’s why it’s so essential for people who struggle with addiction to seek treatment and avoid the ultimate, lethal end that awaits many drug users and alcohol addicts.

If you or someone you care about needs help, please contact Narconon today.

Why Those Needing Drug Rehab During Pandemic May Suffer from Neglect

How has COVID-19 affected Americans seeking drug or alcohol rehab? This pandemic has made life difficult for ALL Americans. But for those who need drug rehab to protect their very existence, it has been far worse. 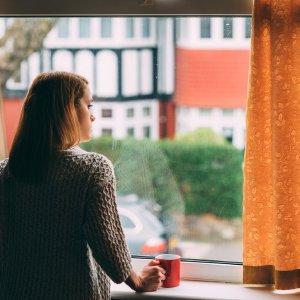 It's NEVER a good time to be addicted. But the arrival of the COVID-19 pandemic ups the stakes considerably. If ever there was a time to reach out to a loved one—or reach out yourself—for sobriety, it's right now. 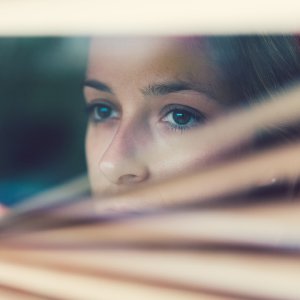