Why Will it Cost $800 Million the First Year to Bring Oklahoma’s Opioid Problem Under Control?

In the Oklahoma trial of Johnson & Johnson related to their marketing of opioid painkillers, state officials seek compensation for the overwhelming cost of mopping up the damage done by the epidemic of opioid and heroin use. The state has lost thousands of lives from the overprescribing of opioid painkillers following by an increase in heroin use. Illicitly manufactured fentanyl has been taking an increasing number of lives as well. But tens of thousands of Oklahomans are still addicted and need help reclaiming their lives.

State officials maintain that the problem with opioids was launched when pharmaceutical companies began to aggressively market their products to doctors in the mid-1990s. Soon after Purdue Pharma developed their innovative and misleading sales techniques, prescribing of painkillers began to go through the roof. Other pharmaceutical companies followed suit so that they could see more sales of their painkillers.

2007: The First Effort to Assign Culpability

In 2007, Purdue was brought to task for their fraudulent marketing by U.S. attorneys in a Virginia courtroom. Three current and former executives pleaded guilty to charges that they misled the public (including both doctors and patients) about their OxyContin formulation and its addictiveness. The company settled this case for $634 million.

That was hardly the end of false claims and fraudulent marketing by pharmaceutical companies, however. As the years rolled on, hundreds of thousands more people became addicted. Finally fed up, states, counties, cities, hospitals, unions and tribes began filing suit against manufacturers, distributors and sellers. There are currently nearly 2,000 lawsuits pending, consolidated into one vast case in Ohio. Oklahoma decided not to consolidate their lawsuits into the case in Ohio and filed their own suits against opioid-manufacturing companies Purdue Pharma, Teva Pharmaceuticals and Johnson & Johnson.

Of all those dying from drug overdoses, more than 60% of the deaths resulted from opioids such as OxyContin, oxycodone, hydrocodone, heroin, methadone and others. It would make sense that if these companies fraudulently marketed their addictive drugs and people died as a result, they should bear the cost of helping those currently addicted to recover their sobriety.

In response to these recent lawsuits filed by Oklahoma officials, Purdue and Teva decided to skip the trial and settle the suit. Teva agreed to pay $85 million for their role. In March 2019, Purdue agreed to pay $270 million. Much of Purdue’s settlement was earmarked for addiction research and recovery facilities for the addicted.

But Johnson & Johnson decided to go to trial instead of settling. State officials are seeking enough funds to end the disastrous problem in their state.

So the question becomes: How much will this cost?

The point was covered in trial testimony by Jessica Hawkins, a senior director at the Oklahoma Department of Mental Health and Substance Abuse Services. Her testimony described a 30-year plan to fully reverse the opioid addiction problem in the state. The price tag?

The cost in the first year alone is calculated at $870.5 million.

Why would the cost be so astronomical? Some of her testimony outlined the actions that would need to be taken:

It’s estimated that more than 6,000 Oklahomans have died as a result of opioid misuse or abuse. At the peak of the problem in 2012, 127 prescriptions for opioid painkillers were written for every 100 Oklahoma residents. Because of vigorous efforts to curb overprescribing, this number has dropped to 88 painkiller prescriptions per 100 people.

In the following chart, you can see how the number of newborns treated for NAS has increased nationally. National costs to treat these babies is now well over half a billion dollars a year.

No Amount of Money Will Heal the Hearts of Oklahoma Families

If these companies are required to hand over hundreds of millions of dollars as a result of these and other lawsuits, families who lost a loved one to an opioid overdose might feel that some tiny shred of justice has been achieved. But nothing will ever heal their hearts.

A few of these Oklahoma family members have had the opportunity to testify at the Johnson & Johnson trial about the terrible vortex of careless and excessive prescribing that stole their loved ones from them. This reckless prescribing, fueled by the fraudulent tactics of pharmaceutical companies, drove tens of thousands of their loved ones into addiction, even when they used the drugs exactly as prescribed. From there, many lost control of their consumption and, at the same time, lost everything else of value to them. And, of course, more than 6,000 even lost their lives. 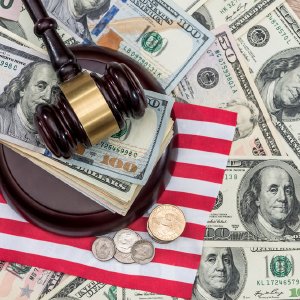 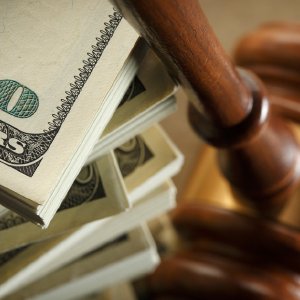