Why Doesn’t the U.S. Treat Overdose Deaths Like Other Preventable Causes of Death?

Though it might be a morbid prospect to do so, one of the reasons why it is so essential to study and analyze causes of death is because doing so sets the stage for creating better health conditions in America. When we can get a better idea of why people are dying and how they are dying, we immediately begin to formulate plans and strategies for reducing those deaths. And we see this happening all the time. For the most part, the U.S. is very interested in studying the causes of death and making appropriate changes, simply to help people live longer.

This is true in most cases. Unfortunately, in the case of drug-overdose deaths, it seems that we don’t treat this problem with as much sincerity, solidarity, agreement, and compassion as we do other, preventable causes of death. Even though well over 100 people die every day in the U.S. from just opioid drug overdoses alone, this critical fact is not treated with as much severity as, say, car crashes, cancer deaths, workplace accidents, HIV/AIDS, heart disease, tobacco consumption, obesity, unintentional poisonings, etc.

Imagine if over 100 people died in an airplane crash every single day; all flights would be grounded immediately, and a state of emergency would be instituted. No one would fly anywhere until the problem was isolated and effectively addressed. Why are we as a nation not taking that same approach with drug overdose deaths? It is because there is an underlying series of stigmas and stereotypes that still shroud addiction. We see critical thoughts and curt attitudes towards drug addicts that prevent us from really addressing this health crisis as a health crisis.

Exploring the Statistics on Preventable Causes of Death

There is value in exploring the various preventable causes of death. According to Healthline:

Stigma and Why We Must Address the Drug Problem with Treatment

The average residential drug treatment program might run anywhere between $20,000 and $40,000. Taking $30,000 as the average and the middle ground, if our country invested in helping people who struggle with addiction the same way we invest in helping people who struggle with other health conditions, we’d treat every single drug addict in the U.S. in less than six years.

There are a little over 19 million addicts in the United States. If we multiply that figure by $30,000 in treatment costs for each addict, we arrive at a total of about $570 billion to treat every single addict in the nation. Spending that money and treating those addicts would effectively eliminate the drug problem as it currently stands.

Yet this is clearly not being done. The problem is, our country does not invest nearly the effort, time, attention, and dollars in helping and treating people who struggle with addiction.

What to Do if Your Loved One Is Addicted

One of the main reasons why our country does not address the drug problem like it does other health issues is because of a decade’s old, ingrained belief that drug use is a choice, not a compelling habit and an almost unbreakable affliction. There is a great deal of stigma and stereotypes involving addiction, disturbing thoughts, and critical viewpoints that set us back in treating this severe crisis.

We need to overcome this because our very tendency to stereotype drug addicts is itself helping to continue the epidemic. If we don’t drastically refocus out attention on addicts as being people who need help and care, this problem will continue to grow.

The best way to reverse these old notions and to make positive efforts towards a brighter future is to help those who are addicted to drugs and alcohol to get into and through residential drug and alcohol rehab centers. Residential programs offer a safe, sensible, helpful, and reliable approach for freeing people from the crisis of addiction. If you know someone who is struggling with a drug problem, make sure they get proper treatment at a residential center. 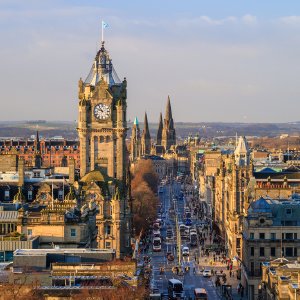 The media is so often filled with unhappy circumstances, lousy news, hardships, and unpleasant events. That’s what sells. So when USA Today featured an interview with a retired U.S. Navy admiral about a non-profit that he and his wife started to counter the opioid epidemic, I was pleased to see a break in the morose news updates I had become so used to.