Why Do They Lie? How Drug Addiction Alters the Truth

Anyone who has cared for and tried to help an addicted person has experienced the lies that seem to invariably accompany this problem. This phenomenon makes helping a person trapped in drug abuse frustrating and often heartbreaking. After all, if you really care about this person, you want to help, but the lies keep painting a false picture.

It takes many families and individuals a long time to realize, finally, that they have to stop listening to their addicted loved one. Many (or all) of their claims are going to be false. When the family accepts this situation, they can make more progress.

Are there any exceptions to this typical behavior of an addicted person? Very few. A person who admits their problem and asks for help would be the exception. But along the way, it’s very likely that even this person has left a trail of lies behind them, leading up to the day they ask for help.

Why Do They Lie?

Lies are often an attempt to soften the reality of addiction. If loved ones don’t know how bad the addiction is, the addict doesn’t have to feel the shame. That’s not always the case, sometimes cravings for drugs can be intense, and stealing, manipulation, and fabrication become tools to get more drugs. The person might be truthful at heart, but drugs and alcohol create a monster of sorts.

Addiction is a condition characterized by repeated, compulsive seeking and use of drugs, alcohol, or similar substances despite adverse social, mental, and physical consequences. The compulsive nature of the condition is often reflected in fabrications.

The fact that adverse consequences and the person still doesn’t stop using drugs or alcohol reveals the compulsive nature of addiction.

These adverse conditions could include:

In short, when addiction exists, the drug use controls the indi­vidual rather than the individual controlling the usage. Because the addiction controls the person, they lose control over their normal behavior and choices. Therefore, lying begins to be used to enable the compulsive use of drugs or alcohol to continue.

The individual’s own personality is submerged beneath the overwhelming and physical and psychological dependence on the drugs or alcohol. But that personality is still there, just buried.

And it’s not just their personality that is submerged. The individual’s ability to perceive is also often buried under the toxicity caused by the consumption of poisonous substances and made worse by their guilt over the harm done to themselves and others. That toxicity and guilt accumulate over years or even decades, ruining a person’s ability even to see what is in front of them. In many cases, the person doesn’t even know he (or she) is lying.

The good news is that in the vast majority of cases, with an effective rehabilitation program, that person can make their way back to control of their own life.

What Lies Do They Tell?

Most drug users want to conceal their use from their sober friends and family. They fear that their loved ones may judge them and that they are incapable of living without drugs. Many people fear they will never feel “normal” again unless they are under the influence.

Other lies cover-up activities related to drug use, such as possession of drugs, missing money, missing valuables, or lost jobs.

Lies may be told when a person drops out of school because of their drug use:

Similarly, the addicted person will conceal evidence of poor school or work performance from sober loved ones, so there will be no questions asked.

This is another type of lie. When someone tries to accuse the addicted person of wrong-doing, the lies come back as a form of attack.

Recrimination has one purpose:

To lessen the effect of the harm the addict has caused themselves and other people. This is a way to avoid responsibility. The fear of being held responsible for their actions is another driving force behind not only addiction but the lies as well.

So What’s a Family to Do?

Very often, these lies have continued for a long time before a family begins to come to grips with the situation. It’s likely that various family members have noticed that the stories just don’t add up. Maybe the addicted person said one thing, but they observed something different. Or maybe after dozens of lies, they just begin to sense in their heart that something isn’t right.

Why have they been putting up with these lies for so long? Only because they love this person and WERE able to trust them for so long. It’s hard to make that pivot from trusting to cautious, but there’s a time that this pivot is necessary.

When they begin to see that something is wrong, they’re going to have to begin believing what they can confirm for themselves.

Family members may find it wise to support each other when this time comes. A wife might decide to refrain from challenging her husband’s lies unless she has one or more family members present.

And while it can be very difficult to do so, a parent must sometimes learn to judiciously disbelieve their teenage child. If the teen tries to explain away poor grades, drugs in the backpack, long absences from home, sketchy friends, drug paraphernalia in the home, or other bad indicators, parents need to reject the invitation to be naive. They need to believe what they can see and prove.

Bad indicators mean there’s a problem that needs to be exposed and addressed. It might be something other than drugs. It could be severe bullying, relationship breakups, or academic failure. But it’s there and needs to be found.

The overwhelming majority of families want the best for their loved ones. It’s actually hard for them to stop trusting. In some cases, tens of thousands of dollars are spent cleaning up legal problems, paying for health costs, traffic accidents, the person’s rent, food, or other necessities before the family finally stops buying the lies.

As soon as family and friends can see through the lies and start making arrangements to get their loved onto into a long-term rehab for complete rehabilitation, the sooner that person is freed from the prison of addiction. They can then begin to reclaim their real personality, control their own lives again, and start telling the truth again.

On the Narconon drug and alcohol rehabilitation program, the Personal Values course is a key turning point for many people. This is where a person learns the nature of integrity and how their addiction tore theirs away. Finally, they have a chance to find relief from all the lies and guilt. Then sunshine truly begins to shine in their lives as they realize they have a chance at future happiness.

The 5 Most Common Behavior Traits of an Addict

The behavior of an addicted person can be baffling and frustrating. Learn what these traits are and what you can do about it. 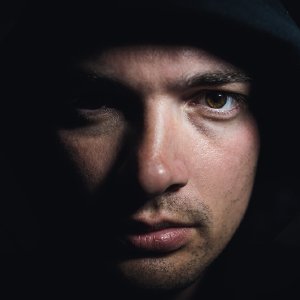 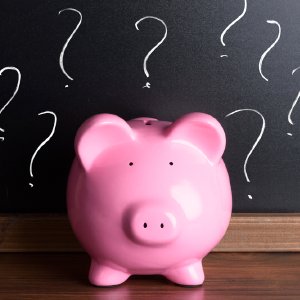