When in Doubt, Don’t Do Drugs

The title may seem overly simplistic, considering that just about everyone knows that they should not do drugs. Yet, for some reason, there are about twenty-four million people in the United States who are addicted to drugs and alcohol if the assessment of the National Institute on Drug Abuse is worth anything, which it is. So, here we have a logical disparity, one in which where on the one hand it is commonly known that drug and alcohol abuse should be avoided, yet on the other hand, millions of people still take part in this.

Millions of people in America grow up with the absolutely correct concept that they should avoid drugs and alcohol, yet for some reason, they chose to partake in substances regardless. Why is this? How could this be? It certainly seems like a logical paradox. We will explore this veritable calamity and see if we cannot get to the bottom of it.

Peer Pressure is a Factor

Obviously, there must be a few anomalies, a few “glitches in the matrix code” one could say, that throw a hypothetical monkey wrench into the logical assumption that, “If everyone knows that they should not do drugs or drink excessively there should, therefore, be no drug addicts or alcoholics.” Peer pressure is one of them.

Peer pressure is one of the banes of human existence, particularly for young people. Peer pressure is a poison to young men and young women, a poison most unlike anything else. Peer pressure is the act or fact of someone being convinced into doing something that they know is inherently wrong, simply because they are being told to do so by one or more of their peers.

That is what peer pressure is in a nutshell. Peer pressure is especially prominent in young people. Here we have a younger generation that basically more or less knows that drugs and alcohol are bad, yet in the last few years we have had young people misusing alcohol, prescription drugs, and marijuana at unprecedented statistics. Peer pressure plays a big role in this situation. Young people get coerced or bullied or sold on the concept that drugs and alcohol are actually these great things and that they need to do them to “Be cool” or to “Fit in with the group.” So they compromise their own personal integrity and their own knowledge, and they partake in drugs and alcohol, effectively setting themselves down a very vicious path.

A Lack of Education and Information

Life Can be Really Terrible Sometimes

Yet another variable that helps create the paradox of why there are twenty-three million drug addicts and alcoholics in the United States even though Americans basically know that they should not do drugs or drink is the variable of, “Life can be really terrible sometimes.”

People rarely become a drug addict or an alcoholic by chance. Common sense and the basic knowledge of what is right and what is wrong has done that much for us at least, done enough to prevent us from just blindly misusing drugs and alcohol.

More often than not, people start doing drugs and alcohol to help themselves cope with some difficult situation in life or some harsh, seemingly insurmountable life problem that one is facing. In these cases, people start misusing drugs and misusing alcohol, even if they know it is the wrong thing to do because they see drug use or alcohol misuse as the lesser of two evils if it covers up some greater problem or life crisis that they are struggling with.

Common Sense and Knowledge Prevail Through it All

So we come back to the concept of when in doubt, don’t do drugs. Sure, there are certain medications and certain pharmaceutical drugs that are helpful and that, when used exactly as prescribed by a doctor, can absolutely alleviate certain health conditions like diabetes or high blood pressure or a kidney problem or various types of lung problems or respiratory difficulties, etc.

But when it comes to drugs that are addictive, even pharmaceutical drugs that are addictive, and when it comes to heavy drinking, and when it comes to street drugs, the best solution is to say “No” to them, one-hundred percent of the time. Don’t ever let any amount of peer pressure push you to do something that you inherently know is wrong. If you feel like you have a lack of education about drugs and alcohol, get informed, and learn about the true devastation that is experimentation with such substances. And if life is being terrible for you, get to the root of the problem, and solve it using healthy methods and means. Don’t simply try to cover up the problem with mind-altering substances. Drugs may mask the symptoms for a while, but it comes at a terrible price, and it never actually solves the problem, to begin with.

The path to a happy and successful life might begin and end with habits and daily rituals and lifestyles that you do not yet fully comprehend. And that is totally OK. Life should be a process of discovery after all. But one thing that you can be absolutely certain of is that the path to happiness and a successful life in no way begins or ends with drug use or alcohol misuse. 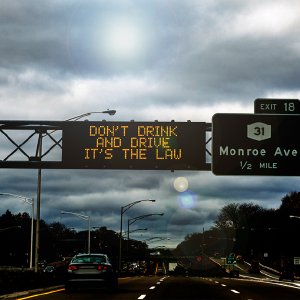 Managing expectations is especially important for people who are going through recovery themselves and those who have loved ones going through the process. 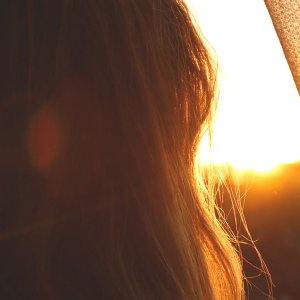