What is the Scope of Addiction in the World?

There’s value in focusing on more than just the problems faced in one’s home country. As in the case of drug addiction, this crisis is absolutely a global problem. Understanding the global nature of addiction acts as a reminder that one country cannot focus on just its drug problem alone, not without addressing the same problem in other countries.

Addiction is a human epidemic, and drugs are trafficked worldwide from one country to the next. Solving this problem means understanding its magnitude on a global level, and doing everything we can to ensure those who need treatment get it.

Addiction in the World—A Look at the Statistics

According to the United Nations Office on Drugs and Crime (UNDOC), about 269 million people in the world used drugs in 2018. That number represents a 30 percent increase since 2009.

Because of COVID-19, a growing drug market, the increased introduction of addictive pharmaceutical drugs onto the market, the increasing legalization of drugs (particularly cannabis), and an increase in economic struggles in many countries, the drug problem is expected to worsen on both a global and national level. UNODC Executive Director Ghada Waly states, “Vulnerable and marginalized groups, youth, women and the poor pay the price for the world drug problem. ...We need all governments to show greater solidarity and provide support, to developing countries most of all, to tackle illicit drug trafficking and offer evidence-based services for drug use disorders and related diseases, so we can achieve the Sustainable Development Goals, promote justice, and leave no one behind.”

“Vulnerable and marginalized groups, youth, women and the poor
pay the price for the world drug problem. ...We need all
governments to show greater solidarity and provide support.”

Ghada Waly’s warning is not exaggerated. The need for a full-on campaign against the drug crisis is very real. About 192 million people use cannabis worldwide. And the drug that’s responsible for the most deaths, opioids, is also becoming more popular. Opioid-related deaths have gone up 71 percent in the past decade.

It’s not just the drug problem that’s getting worse either. According to the World Health Organization, the use of alcohol costs the world about 3 million lives each year. Furthermore, alcohol causes a massive number of diseases, ailments, and generally poor health outcomes. Three million may die from alcohol each year, but hundreds of millions suffer health problems from drinking without losing their lives to alcohol. And though hundreds of millions of people across the planet misuse alcohol every year, more than one-third of countries do not provide postgraduate training in treating substance abuse disorders. The need for treatment definitely exists, but there are not enough resources for training people to address that need.

A Look at Drug Crises on a Global Scale

While it’s definitely a severe and ongoing problem in developed nations like the United States, drug use is now also a rapidly growing problem in developing countries too. In the third world, addiction statistics and resulting deaths are skyrocketing, with drug use trends rising most prominently among young people. Furthermore, there is a direct link between increasing drug use trends and high poverty rates, limited education, and social marginalization. Here again, developing countries and impoverished areas in developed countries are particularly impacted by the drug crisis.

According to Our World in Data, almost 12 million people die every year due to alcohol consumption, smoking, and illicit drug use. This death toll is more than the death toll from all cancers, and virtually all of these deaths are premature, meaning people are dying long before their time as a result of drinking, smoking, and drug use.

Countries that face the worst drug-related death toll include the United States, Russia, Mongolia, Ukraine, and much of Eastern Europe. Australia, Libya, Brazil, Canada, Mexico, and many Central and South American countries follow.

Seeking Treatment for a Loved One

If you know someone struggling with an addiction to drugs or alcohol, you must do whatever it takes to get them help. Addiction is a horrible crisis no matter what country it affects. Addiction is a crisis of the mind, body, and spirit, a potentially fatal condition that will only get worse the longer one goes on using drugs.

Thankfully, drug and alcohol addiction does not have to be a permanent crisis or a death sentence. Residential drug and alcohol rehab centers can help people address and overcome the underlying struggles and hardships that compel them to use drugs. Drug rehabs can help recovering addicts find the critical difficulties that caused them to start using drugs in the first place. With the help of a rehab center, individuals who were once thought lost to society can fully repair their lives and overcome their hardships.

Please contact Narconon if you know someone struggling with an addiction to drugs and alcohol. No matter where they live or what type of drug problem they have, take the first step towards getting them help. Doing so will help create real, positive, life-saving change for them.

It’s worth bearing in mind that the worldwide spread of addiction and substance abuse will not subsist until those who are addicted are helped to get off of drugs via residential addiction treatment centers. The 21st-century addiction crisis cannot be solved just on a national level alone, especially not when most illegal drugs are trafficked from one country to the next. Addiction on a planetary level can only be solved by helping addicts in every nation get help. Contact Narconon today to take the first step to help your loved one and to do your part to reduce the addiction crisis in our world.

Is There Such a Thing as an Addiction That Can’t Be Treated?

If you have suffered from addiction or if you have had a family member or loved one who bore the struggle of dependency to addictive substances, you know the sheer severity of such an affliction and what it means to struggle with habits like these.

Addiction Is Everywhere: What Can We Do About It? 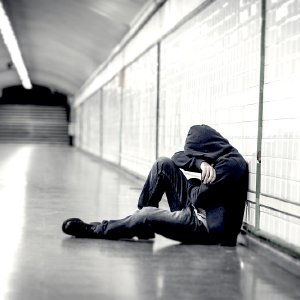