What is Molly? Isn't What Most of Its Users Think It Is

Molly is one of those drugs that’s been around for a while and hasn’t gotten enough attention. While the opioid crisis has been in full-bloom, it’s sort of eclipsed the growing problem with Molly. The thing is, lots of people abuse it, lots of people get addicted to it, and very few people know what they can do about it. Molly is the street name for pure MDMA, otherwise known as ecstasy. Back in the day, ecstasy was probably one of the most dangerous drugs you could take because, frankly, you didn’t know what was in it. It came in the form of a pill and depending who you got it from, they came in all sorts of different colors, shapes, and brands. By “brands” I mean different stamps that were put on the pill. You got everything from “white genies” to “red playboy bunny’s” to “green Calvin Kleins.” What made taking those pills so sketchy was that you never quite knew what concoction of drugs you were going to get. You could get a mixture of MDMA and heroin, MDMA and methamphetamine and cocaine, or all of the above. Some people would pop just one of those pills and wind up either having a seizure, overheating, or overdosing. Dancing all night and “rolling” with your friends certainly became a roll of the dice.

Along came Molly, pure MDMA. You didn’t have to worry about what strange mix of drugs you might get with a pill and a user could take the drug in its purest form. While drug addicts thought this was novel, new, and safer, what they didn’t realize is the extremely detrimental effects the drug would have on their behavior, their mind, and their life. Molly addiction soon took hold of the rave scene and changed it forever.

Molly is the chemical 3,4-methylenedioxy-methamphetamine. It’s basically an altered form of meth that causes users to experience extreme euphoria, deep emotional warmth, and perceptual distortions. It’s extremely popular within the EDM (electronic dance music) community and allows partygoers to dance all night at raves and clubs. While the drug, like any other drug, is considered to be fun at first, the side effects of Molly can be devastating. MDMA floods the brain with Serotonin, resulting in not only the deep emotional connection users feel with one another, but also devastating depression after repeated use. Molly also causes huge surges in dopamine, which causes spikes in energy, pleasure, and lets you dance all night but using over and over again robs a person’s ability to feel enjoyment doing anything.

Despite all the chemically-induced issues, Molly can cause teeth clenching and “jaw-jacking,” which is a person’s lower jaw moving involuntarily from side to side, profuse sweating, nausea, risk-taking behaviors due to lack of inhibition, overheating, extreme dehydration, and death.

Molly is more than just the “love drug.” It’s an extremely dangerous and addictive chemical that’s synthetically created across the world in sketchy laboratories located in the middle of the forest. The drug is then imported into the United States and distributed in every major city.

Changes in behavior and mood come hand-in-hand with molly abuse. There’s a lot of molly addicts out there who don’t know where to turn to handle their addiction, but luckily, there’s a solution.

The Narconon program is the only program I’ve seen that can actually handle both sides to Molly addiction. First, the Narconon program puts a user through a full-body detoxification process using a dry sauna, light exercise, and specific vitamins taken in specific dosages that allows them to sweat out all of the drug residues Molly has left behind in the fatty tissues of the body. Since Molly addicts often report extreme cravings when trying to quit, the New Life Detoxification is the only known process to alleviate these cravings on a purely physical level, while also restoring the body’s nutritional balance.

Another result of Molly abuse is deep depression, aggressive behavior, mood swings, no motivation to do anything, and an overall lack of pleasure in life. While this is, in part, caused by physical damage the drug has caused the user, these effects also lie in the mind of the addict, which is pretty much like scrambled eggs after long-term abuse. Narconon offers the Objectives course as a standard part of the drug rehabilitation program. This part of the program is designed specifically to handle the mental and emotional aspect of drug addiction. Through this process, the emotional instability caused by molly addiction can be addressed and dealt with, moving the addict out of the “mental fog” and back into a position where they feel more control over their thoughts, emotions, and environment. Lastly, the Narconon program can help pinpoint the root cause of why a person got addicted to molly in the first place. That’s crucial to preventing relapse and getting an addict’s core issues resolved so they no longer need to continuously self-medicate.

Addiction to Molly is a hard monster to tame. Not many programs out there are specifically designed to deal with this type of drug abuse. Molly is an ever-growing problem across America and more and more young adults and teens are finding themselves addicted every day, with no solution. The fact is, there is another way to handle addiction to MDMA other than throwing other drugs and medications at the problem or calling it a disease.

The summer is upon us and that means that music festivals—large, well-organized ones and smaller impromptu ones—are going to appear across the country. 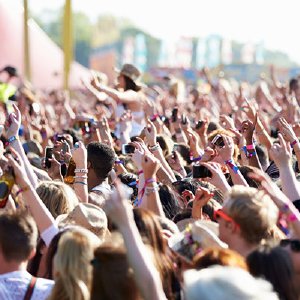