The summer is upon us and that means that music festivals—large, well-organized ones and smaller impromptu ones—are going to appear across the country. A large festival can draw as many as 140,000 people to fairgrounds or racecourses as temperatures soar into the 90s. Days of dancing, lack of sufficient food and water and powerful drugs being consumed on the site combine to make these festivals fatal for some concertgoers.

Tragically, the vast majority of the people dying at these venues are young, some in their early 20s and others in their teens.

When these deaths occur, communities often take action like banning the festival (which simply means that it moves to another location) or mandating that there must be anti-drug measures taken at the venue to reduce use. These actions can include:

Some organizations have claimed that it’s vital to provide drug testing services at these concerts. Because illicit drug manufacture is a completely uncontrolled and unscrupulous business, it’s possible for the pills or powders bought at a music festival to contain deadly substances and not the drug the person expects or has experience with.

But still, no matter what preventative measures are taken, a few young people still lose their every summer. It’s going to take more to prevent the loss of young loved ones this year.

Drugs and Music Festivals Just Seem to Go Together

The close relationship between outdoor concerts and rampant drug use goes back decades. Woodstock was in 1969 but the drug-music connection had started earlier at California rock concerts in the Bay Area. That means that whole generations of festival-goers have never known anything other than outdoor concerts where drugs are being passed freely from hand to hand.

The drugs being discussed in those posts varied greatly by the mood and nature of the music festival. Not surprisingly, at Marley Fest, nearly all the comments were about marijuana. At Coachella, a little less than 40% were about alcohol and the same amount about marijuana, and the others focused on LSD, Ecstasy/Molly, mushrooms, crack or cocaine.

What are the drugs that seem to cause the most fatalities? The use of stimulants like Ecstasy (a form of this drug is nicknamed Molly) can cause a person to overheat in the unprotected outdoor environment. When a person’s temperature skyrockets, it may not be possible to get them to a hospital in time to save their life. Heavy use of alcohol can kill a person directly or result in an accidental death. A recent study also shows that more opioids like heroin or OxyContin are being used at music festivals and dance clubs.

How Can You Protect Your Kids?

What if your teen or young adult child loves music festivals and plans to attend one or more this summer? You would be very wise to spend time with your child to make sure they understand the risks. There’s three reasons you should do this even if you are absolutely certain that they do not use drugs:

Here’s some important points to cover with your children.

Of course, the group’s greatest safety is remaining sober and 100% functional while they are at this event. In case some people in the group don’t, the others will have to protect them from harm.

Festival management, emergency medical personnel, law enforcement and local legislators are not going to be able to make music festivals safe for every concertgoer. It is really up to parents to educate their children of any age well before the festival starts. 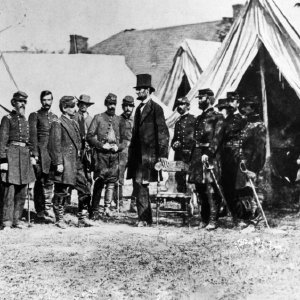