If you’ve been watching media coverage of our opioid epidemic, then you’re aware of the fact that fentanyl has made this epidemic vastly more dangerous. Fentanyl is a fully synthetic drug which means it can be created in a laboratory and does not require any plant substance like heroin, morphine and other drugs. This means it can be created anywhere the precursor chemicals are available and it does not depend on crops that could suffer blight or be eradicated by law enforcement.

The term “fentanyl” actually refers to a large family of illicitly-manufactured and chemically-similar drugs. Just since 2009, forty-eight different forms of fentanyl have been found on the illicit market. Other new, illicit drugs like U-47700 and AH-7921 have opioid-like qualities but are chemically different from fentanyl, further adding to our problems.

Fentanyl started out being secretly added to heroin supplies, particularly powdered heroin commonly sold on the East Coast. It’s also been added to methamphetamine and cocaine, apparently with the intention of making new opioid-craving customers. It is also colored and pressed into counterfeit pills that resemble OxyContin, Vicodin, Xanax or other drugs. And on the other hand, some drug dealers openly identify their fentanyl supplies for those people looking for this drug.

The problem with fentanyl is that it is a dangerously powerful drug. One form of this drug—carfentanil, a veterinary sedative—is 10,000 times more powerful than morphine. This means it’s also 2,000 times stronger than heroin. Fentanyl itself is 50 to 100 times stronger than morphine. This fact makes it extremely easy to suffer a fatal overdose. Drug dealers mix fentanyl or carfentanil in their supplies of heroin, cocaine or other drugs but may make the mix too powerful or blend the product incompletely, leaving deadly “hot spots” that are high in fentanyl.

Where Are Most Overdoses Occurring?

Although fentanyl overdoses are found from one coast to the other, some states are struggling more desperately from the supplies of fentanyl infiltrating their communities.

You can see these heart-breaking death rates represented on this graph.

These states already had severe problems with opioids before fentanyl arrived on the market. This new, powerful drug simply aggravated an already-deadly problem.

In the following chart, you can see some of the types of fentanyl that caused drug overdose deaths in New Hampshire in 2017. Included are plain fentanyl, carfentanil and acetyl fentanyl. You can also see how people in this area were mixing their drugs by also consuming alcohol (ethanol), cocaine, a benzodiazepine like Xanax or Valium, heroin or amitriptyline, an anti-depressant sometimes marketed as Elavil.

Fentanyl Arrives on the West Coast

After afflicting the East Coast with overdoses and deaths, fentanyl finally made its way West. It’s thought that the lower and later incidence of fentanyl overdoses in the West were due to difficulties initially encountered when trying to mix powdered fentanyl with the dark, sticky, tar-like heroin often sold in this area. As of 2014, very limited reports of fentanyl on this coast had been received.

Nationally, Tens of Thousands of Lives are Lost to This Drug Each Year

This chart from the Centers for Disease Control and Prevention shows how fentanyl has completely overtaken heroin and prescription drugs in deadliness. The black line that soars after 2015 represents our losses due to fentanyl and tramadol, another synthetic opioid. Tramadol is not a very popular drug of abuse and so causes only a small fraction of these deaths.

In December 2017, the ever-climbing number of drug overdose deaths in America finally began trending down. There hasn’t been a large decrease, but anything is better than the incessant climb of these numbers, month after month. You can see this slight decrease in this chart from the Centers for Disease Control and Prevention, acquired in October 2019.

Some agencies credit making the opioid antidote naloxone more freely available to first responders and community members for this reduction in deaths. When administered promptly, this drug reverses the effects of the opioid overdose, enabling the drug user to start breathing normally again. When fentanyl is the cause of an opioid overdose, it is so strong that it may require several doses of naloxone over a period of time to save the person’s life.

With so much focus on the harm coming from opioids, it would be easy to overlook the deadly threat coming from synthetics. This ever-changing list of drugs can wreak havoc among drug users who might not even know what chemical they are buying. 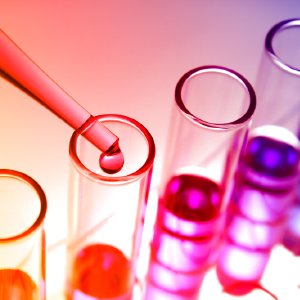