An article in the New York Times from April 29th, 2019 shone a light on the opioid addiction crisis and highlighted a phenomenon we are very glad to see. Medical doctors, usually pain pill advocates, are turning their backs on pharmaceutical opioids and are making a stand against the very companies that manufacture them.

A New Development in a Huge Legal Battle

Dan Polster, a Cleveland-based judge, is overseeing a massive federal court case that includes over 1,500 individual cases filed against pharmaceutical companies. These cases come from individuals, local governments, American Indian tribes, workers’ unions, and so on. The federal case began over a year ago and is still ongoing.

In recent news, Dan Polster allowed for the submission of the contested testimony of Dr. Russel Portenoy, a professor at the Albert Einstein College of Medicine in New York. Dr. Portenoy spent decades advocating for the widespread use of opioid pharmaceuticals, only to turn against the pharmaceutical industry a few years ago.

Dr. Portenoy began advocating for the use of opioid pharmaceuticals back in the 1980s. He was one of the first doctors in the pain sphere who became an opinion leader on the subject. He even served as the President of the American Pain Society, a pharma-funded patient advocacy group. Dr. Portenoy is one of many doctors who will now speak against pharmaceutical drug makers in this huge and unprecedented federal case.

“The opioid manufacturers should have tempered their positive messaging about opioids with a greater focus on risk, particularly as early signals of opioid risk emerged. [They] should have responded as evidence of increased adverse effects mounted to reduce inappropriate or risky prescribing.”

According to Dr. Portenoy, “The opioid manufacturers should have tempered their positive messaging about opioids with a greater focus on risk, particularly as early signals of opioid risk emerged. [They] should have responded as evidence of increased adverse effects mounted to reduce inappropriate or risky prescribing.”

Other Medical Experts Who Stand Against Opioids

Dr. Portenoy is not the only medical expert to recently stand up in direct opposition to major drug makers. Many other doctors are also turning away from opioid painkillers being a “sensible and risk-free solution to patient pain” as such drugs were once reported to be.

Dr. Edgar Ross, senior clinician at the Pain Management Center in the Brigham and Women's Hospital, spoke on the over-prescribing of opioids, commenting not only that too large of a prescription is given out at one time, but also that excessive prescriptions become leftovers, creating risk for others who might stumble across them. In his words, “It is estimated that a large part of leftover opioids are diverted to the street, either deliberately or through theft. For almost all acute pain problems, including after surgery, a week is usually sufficient.”

Dr. Andrew Kolodny is the executive director of the Physicians for Responsible Opioid Prescribing and the co-director for the Opioid Policy Research Collaborative. He said, “Millions of Americans are now struggling with opioid addiction. Unless we do a better job of increasing access to effective treatment, overdose deaths will remain at record high levels, and we'll have to wait for this generation to die off before the crisis comes to an end.” Dr. Kolodny has stirred up so much antagonism against opioid manufacturers that one pharma-funded patient advocate group asked for his dismissal from Brandeis University where he works. That's how you know he's doing something right. Dr. Kolodny is fighting the good fight for millions while harming those who benefit financially from increased opioid prescribing.

“Opioids have long been considered the go-to drugs to help manage acute pain, but they may be overkill for some conditions…”

Dr. Steven Severyn, an anesthesiologist, is the director of the Comprehensive Pain and Headache Center at The Ohio State University. He has lobbied for a more conservative, sensible approach to opioid prescribing. In his words, “Opioids have long been considered the go-to drugs to help manage acute pain, but they may be overkill for some conditions. … The importance of regular exercise and physical therapy is especially well established. Various studies have shown the benefits of using non-drug treatments such as acupuncture, aromatherapy, biofeedback, chiropractic, cognitive behavioral therapy… and massage to help relieve chronic pain.”

Dr. Anne Schuchat is the Acting Director of the Centers for Disease Control and Prevention. Her perspective towards opioid painkillers is primarily influenced by her concern over the fatal risk of these drugs and the genuine threat they pose to the American people. According to Dr. Schuchat, “One of the biggest health threats facing the United States is the opioid overdose epidemic. Almost 100 Americans are dying each day from opioid overdoses, in every community across the nation. … Last year, we launched the Rx Awareness communication campaign to help people understand the risks of prescription opioids, and we are partnering with many others on other communication efforts.”

There are also medical interest groups like the Physicians for Responsible Opioid Prescribing (PROP), mentioned earlier. This is a group made up of doctors, interested parties, patient advocates, and other experts. So it’s not just individual doctors who are making their voices heard about the harmful influence of opioid pharmaceuticals. Entire groups have formed to carry this message across the channels of medical policy in the U.S.

The list of individual doctors and interest groups which are against the excessive prescribing of opioid pharmaceuticals grows every day. As more and more doctors are beginning to see the brutal effects of the drugs they prescribe, they are becoming increasingly unwilling to continue prescribing such risky substances. We can understand why.

An interesting project was organized and executed in San Diego County which sought to inform doctors of the real harm in the opioids they were doling out. The project included the San Diego County medical examiner’s office sending out letters to physicians whenever one of the physician’s patients died from an overdose.

The letters would read, “This is a courtesy communication to inform you that your patient [Name, date of birth] died on [date]. Prescription drug overdose was either the primary cause of death or contributed to the death.”

According to the project’s summary report, opioid prescribing fell almost immediately after the first batch of letters went out.

That is an excellent example of making the harmful effects of opioid pain relievers known to our medical community. When doctors know the risks, they’ll change their practices. We have to demand better care from both the medical community and the pharmaceutical industry. There is no reason why treating physical pain should have to come at such a dreadful cost. Luckily, it would seem that many doctors are already realizing the error in pharmaceutical opioids. But we need to get all doctors to understand what dozens have already seen—that opioid pain relievers are more dangerous to patients than they are beneficial.

A cursory glance at recent headlines will reveal story after story of huge, multi-billion dollar pharma companies being sued for the part they played in the creation of the opiate epidemic. Now the cat is out of the bag, one could say, and the American public knows the truth. 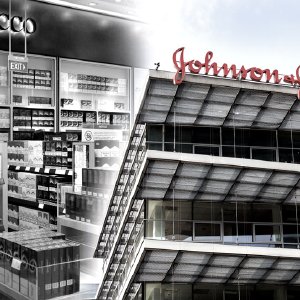