We hear on the news these days that the U.S. struggles with an “opioid epidemic,” “an addiction crisis,” or a “national public health emergency.” All of this is true. But what we don’t hear about are the addiction struggles of other countries. I’d like to present two other nations, both of which have similar drug problems. Germany and Canada are certainly nations which are vastly different from the U.S., but we can learn from the similarities (and differences) in their drug problems. For example, all three nations seem to struggle with significant prescription drug abuse. Conversely, Norway seems to have found some solutions to their drug crisis we may learn from.

We have problems of our own to contend with, certainly. It’s so easy to get tunnel vision in the face of a health crisis. That is more or less what we’ve done with the addiction epidemic. We focus inward on our drug problem and our problem alone. That’s a mistake. To learn how we are going to dig ourselves out of the hole that is a drug-related public health emergency, we need to start by studying what others have done (and what they haven’t done).

Germany has a bigger fentanyl problem per capita than the U.S., according to Quartz. This is shocking. The American media paints a terrible picture when it comes to fentanyl abuse in the U.S., and rightly so. It’s a huge problem. We lose dozens of people every day to fentanyl overdoses.

But take even that with a grain of salt. Germany prescribes more fentanyl per capita than the U.S. does, but the U.S. has a bigger illicit fentanyl problem that Germany does.

But in the U.S., tens of thousands of addicts get illegal fentanyl shipped to them from clandestine drug labs in China. Germany does not have this problem—At least not yet.

We can learn something from this. We can determine that while addressing a drug problem is mostly about reducing the demand for the drugs, something is to be said for reducing the supply of those drugs as well. If we reduce the quantity (cutting back on pharmaceutical opioid production—something the CDC has encouraged for years), there will be fewer drugs to misuse. We will still have to contend with illicit fentanyl, but at least we will have made some progress.

Opioid Prescription Drug Abuse Is on the Rise in Canada

The research from Quartz gives us some interesting data on Canada as well. And for data on this country’s opioid crisis, in particular, we turn to International Overdose Awareness Day. While Canada only has a tenth of our nation’s population, they have a significant drug problem of their own, particularly with opioids. About 3,000 people in Canada die from opioid overdoses every year. Far less than our death toll, but remember the population differences. On a per capita basis, the opioid crisis in each country is quite similar.

The same is true with methadone and hydromorphone for which Canada leads the way on a tight margin. Even though the overall problem with these drugs is much more significant in the U.S., that’s only because the U.S. has a significantly larger population. On a per capita basis, Canadians consume more methadone and hydromorphone than Americans do. But conversely, Americans consume more OxyContin and fentanyl than the Canadians.

What is different in Canada? Honestly, not much. Canada has similar prescribing trends to the U.S., and similar beliefs and concepts about opioid pain relievers. The only difference is that the above opioids are made more available to Canadian patients due to better affordability, easier access to an affordable doctor in one’s area (better access to physicians in rural areas) and so on.

The lesson we can learn from Canada is one we are already trying to learn here in the U.S. When a nation prescribes opioids too freely, addictions and deaths follow.

Another lesson we can learn from both Germany and Canada is that, when a nation makes an addictive painkiller easily available and affordable for the populace, it’s going to be misused. Why not make other, non-addictive pain relief options easily affordable and available?

On the Bright Side, Countries Like Norway Give Us Hope

Norway makes the news from time to time for one thing or another. But we rarely hear that Norway has one of the least significant drug problems in the world. The country’s population is quite small (only about 5.3 million people), but the drug problem is minuscule in comparison to ours.

Norway is a much smaller country, but what are they doing that is working so well for them? For one thing, Norway is considered the happiest country in the world, per the World Happiness Report. Their quality of life is fantastic, the average lifespan is one of the highest in the world, and their health is quite good. The Norwegians don’t work very long hours, they focus on freedom, generosity, honesty from the government, trust among citizens, caring for one another, and so on.

Norway also has a very different approach to its oil business than the U.S. does, which is interesting. Norway produces its oil slowly, and when the oil is produced, their proceeds are reinvested into the oil business there as opposed to being spent elsewhere. In this way, Norway is able to avoid the “boom and bust” phenomenon that occurs in other resource-rich countries. This makes for a very reliable economy in Norway, and a reliable economy means continuous work and job security. When there is less economic distress in a nation, citizens of that nation are less likely to experiment with coping mechanisms (like drug use) than they would if they were in an economically unstable country.

Several factors are occurring in Norway that make for a small drug problem. The country’s Ministry of Health and Care Services monitors such programs. For example:

How could we emulate their trends?

I could write a book about different countries and their drug problems (or their lack thereof), but the overall message is one I can give quite quickly too. We briefly explored three countries—two European, one North American (plus the U.S. of course). Germany and Canada have drug problems somewhat similar to ours, while Norway’s is far less severe.

Germany and Canada are making similar mistakes with pharmaceutical drugs as we are, while Norway is not. Let’s see if we can shift our focus to explore safer and non-addictive forms of medicine, and let’s turn away from some of the more stressful areas of life that might lead to substance abuse. Let’s calm down, let’s trust each other, let’s relax a bit, and let’s take a healthier, cleaner, safer approach to life.

In all honesty, trying to copy the trends of Norway and other similar nations might not work. But then again, it might. Taking a different approach is worth a try.

For a review of the opiate addiction crisis, most people instantly think of and look to the United States. But in many ways, Canada, the neighbor to the north, has had an almost identical opioid crisis. What can be learned from it? And what might be done to address it effectively? 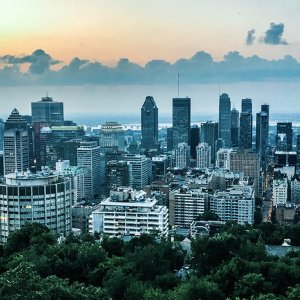 Opioids Are Not the Only Drugs Which Kill

Our country is in the midst of an opioid addiction epidemic. By now it would be difficult not to hear something about this. A story having to do with the opioid crisis can be found in the news just about every day. But it’s not just an opioid epidemic.