One would have to have been living under a rock not to know that the United States is crippled in the midst of a pretty terrible drug and alcohol addiction epidemic. The drug problem in the U.S. is all but out of control, the worst it's been in decades, and possibly the worst it’s been ever. But what a lot of people do not think about when they think about the drug and alcohol addiction issue is the fact that not all areas are affected in the same way.

The States Most Affected by the Drug Addiction Epidemic

Every state in the U.S., even Alaska, Wyoming, and other extremely rural states have felt this problem touch down. No state has been safe from an increase in addiction statistics. This is not called a “National Public Health Emergency” for nothing.

Obviously, drug use is becoming far more prominent, and much of the drug problem is concentrated in about ten U.S. states. WalletHub gathered and published a combined publication of research studies done by the National Institute on Drug Abuse. NIDA performed a significant amount of research into this area of drug misuse by state, examining what made a state “more affected” by drug abuse problems than other states were. According to WalletHub’s compilation of NIDA research, the main areas that were analyzed in every U.S. state were each state’s:

With all of this information gathered and combined, it became very simple for researchers to determine which states had been hit the hardest by the addiction epidemic. These states were:

These are just a smattering of similarities, though they may give us a good idea of what we should do (or not do, as the case may be) to reduce addiction statistics in those areas.

Top Experts Speak Out on the Addiction Crisis

The American addiction scene has grown so prevalent and predominant in all states that it has garnered the attention of multiple experts from multiple fields. Scientists, researchers, survey analysts, educators, politicians, treatment counselors, law enforcement officials, and community leaders alike are intently invested in seeing a cessation of the current drug and alcohol addiction problem, not only in the above states but all across the U.S.

According to Dr. Nora Volkow, the Director of the National Institute on Drug Abuse:

“In the long run, one of the areas that we need to address also if we want to prevent this epidemic from ever happening again is the need of better and safer pain medications that are not addictive. It is estimated that 100 million Americans suffer from pain, and the physicians, of course, you are trained to help the patients, but we don’t have many alternatives to treat particularly severe pain.”

A leader of a nonprofit organization for parents and kids in Maryland spoke out on this issue as well, raising awareness for the disparity and the difficulty that Americans face, not only within their homes but within entire communities too, when it comes to potentially addictive medicines. According to Anne Arundel:

“This is about community. Every community across this country needs to grasp this problem and actually support each other…”

“This is about community. Every community across this country needs to grasp this problem and actually support each other. We have to be open. People are making choices that have led to an addiction, but we can't be critical. We need to be wrapping our arms around people and hoping that they ask for help.”


From this information, it is abundantly clear that we need to work on multiple different areas in order to fully nullify the addiction crisis in modern-day America. The drug and alcohol addiction problem is in no way simple or straightforward. The addiction crisis is highly complex and diverse, especially depending on which state or geographic area the problem touches down in.

Addressing Drug and Alcohol Addiction on a Geographical Level

Cracking down on the nationwide addiction problem is going to be a matter of tailor-constructing an approach for each state, each state getting an approach that weighs heavily on the importance of treatment and prevention over incarceration and punishment. 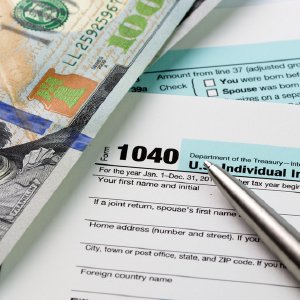