The Shocking Truth About America's Opioid Use

Recently, I was editing an article about the opioid epidemic and I read a statistic that seemed quite salient to the discussion at hand. It seemed to illustrate the problem in a clear easy to understand fashion that anyone could understand. Our subject matter expert mentioned that she couldn’t find a credible source for the statistic and that CNBC, the source we cited for the statistic, didn’t list one either. My initial reaction was one of disbelief, I mean the statistic had to be true right? It just makes sense that we have the huge problem, so there must be a statistic to back that up…. Right?

Well, to be honest, I’m still looking for that statistic. I’m not sure what’s going on with it. I did discover that we aren’t the only ones who are interested in quoting the statistic. In 2017 Senator Claire McCaskill sent a tweet repeating the claim. PolitiFact, a fact-checking organization wrote an article about their own experience with tracking down the origins of the claim. They went back a little further, finding a 2008 peer-reviewed article by Laxmaiah Manchikanti, MD.

This article seems to be the first time this information appears anywhere in the literature. I’m not sure where Dr. Manchikanti got his info from, it’s likely inaccurate but that’s unfortunate because it certainly makes explaining the opioid epidemic easier for most people to grasp. I mean consuming 80% of any one thing can’t be good right?

This got me to wonder, the good Dr. wrote this paper in 2008. Was this a particularly bad year for overdose deaths? Was this a high tide mark in the opioid problem? Why did our good Dr. feel the need to invent a number so large and so shocking that someone would have to stop and take notice? Someone would have to realize that with all that demand it was only a matter of time until people found out how to make the drugs cheaper and more available... Right?

In 2008, drug overdoses in the United States caused 36,450 deaths. By 2017 that number had nearly doubled to 72,306 with 29,406 of these from synthetic opioids, with the rise predominantly attributed to fentanyl.

In 100 years people will look back on the first decades of the 21rst century and they will see the devastation that our current "opioid epidemic" has created. They will learn about the massive influx of illicit fentanyl, it's ease of manufacture and it's ultimate deadly effect. It's very likely no one will notice our good Dr's bit of propaganda, and it certainly will seem like no one in our time did either.

The truth is that even though I can't find any evidence to support the claim that in 2008 America consumed 80% of the world's opioid supply, the evidence I can find in 2018 about what's happening in America today is much much worse than anyone in 2008 could ever have imagined.

What began in the boardrooms of pharmaceutical companies in 1996 with the introduction, sale and marketing of Oxycontin, first created an epidemic of pill mills and legal, easy-to-obtain prescriptions to drugs originally intended for cancer patients. Then changed as the "war on drugs" brought crackdowns on physicians who had prescribed these pills forced a large number of Americans, now hooked on painkillers to seek alternatives. They found it first in heroin as this article on the problem clearly lays out.

With heroin, the floodgates opened and its use took off, beginning in 2011 some segments of the population, mainly young, white, men, saw a drastic increase in overdose and reported usage.

Beginning in 2015 the US saw the next wave of the crisis. Before it became a political necessity to address the issue, illicit fentanyl was finding its way into the United States. This cheap, powerful, synthetic drug quickly found it's way into the waiting arms of a heroin user's across the country. And not just heroin, because the drug is so cheap it's finding its way as an adulterant into supplies of cocaine and other illicit drugs.

The end of the problem is not yet in sight and the potential exists for even higher death tolls. The often proposed solution of simply trading one drug for another with Medication Assisted Treatment simply allow the pharmaceutical companies responsible for the original problem to get off the hook and sell more drugs. The majority of individuals looking for treatment still do not find it and it's not a small gap, in 2015 only 10% of the 21 million people who needed treatment, found it. Insurance policies which promised to pay more treatment offer only short stays and the political football has been punted far down the field with half measures and promises made by multiple administrations.

I certainly hope I've managed to illustrate the problem at least as effectively as Dr. Manchikanti's often cited statistic. I'd love to read a tweet by Claire McCaskill about this article and I certainly welcome PolitiFact from stopping by and checking my math. However, what I'd really like is for everyone to pay attention and get serious about addiction before there is no one left to notice how incorrect our statistics are in 100 years.

After graduating from the program in 2008, Matt works to help others find a new way to live life, free from drugs and alcohol. Matt is an Internationally certified drug and alcohol counselor and has written extensively on addiction and evidence-based treatment. You can follow him on Linkedin. 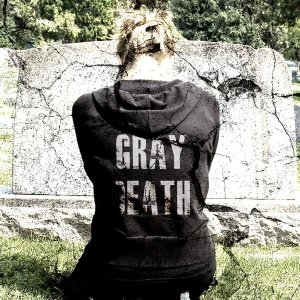