It’s a safe assumption by now that the illicit drug market will never stay the same for long. There will always be chemists developing new synthetic drugs. And there will always be some people willing to experiment with whatever substances they hear about that might provide an inexpensive high.

That assumption has once again been proven true. Some people seeking an opioid high have turned to consuming unwashed poppy seeds in quantity in hopes the residue from these seeds will be enough to get them high. This has led to various health agencies spreading the word to look for this “drug of abuse” in certain cases of overdose or death.

If you are accustomed to eating muffins or other foods containing poppy seeds, you do not need to worry. To achieve a euphoric high, the seeds consumed must be unwashed. And they must be consumed in quantity.

Poppies: The Source of Opium

In the fields of Afghanistan and, in this millennium, Mexico and Colombia, a plant named papaver somniferum has been raised for the opium that can be collected from the pods that form after the flower has lost its petals.

Not all poppies produce narcotics. And of those that do, not all types of poppies produce enough opium for the plant to be commercially successful. Papaver somniferum is the main plant grown for the heroin market.

Scoring the Pods and Making Heroin

The way heroin is produced starts with scoring or making shallow cuts in the fat pods that grow at the end of the tall, bare stalks after the flower’s petals fall off. The plant’s juices seep out of the cuts and form a sticky residue that can be harvested and refined into heroin.

This residue is actually raw opium. There are about four million drug users who prefer opium in this raw form, mostly in Asia.

Heroin, which is more potent and addictive, is consumed around the world. The Russian Federation and Europe account for nearly half the world’s consumption of heroin. The U.S. and Canada only consume about 6% of the supply and China consumes 13%.

Raw opium is cooked and refined until it becomes morphine, which is also called “Heroin No. 1.” Further cooking and refining bring this product into a state which can be heated, added to water and injected or to a state that can be smoked.

If you leave the pod alone and don’t harvest the opium resin, the pod will produce hundreds of tiny, round, black poppy seeds. About three months after a poppy is planted, the flower’s pods will be fully ripe and ready for the seeds to be harvested.

According to the Drug Enforcement Administration, there have been many recent cases of people buying large quantities of unwashed poppy seeds online and then going through a lengthy process of turning them into tea. Over a period of 18 years, the National Poison Data System reported nearly 600 cases of exposure to opioids from drinking this tea. Nineteen people in the U.S. have managed to drink enough of this tea to fatally overdose, 12 of them since 2010.

Another study of this subject found that 46% of the patients at an opioid rehabilitation center had tried poppy seed tea at least once. A handful of these people had used this tea as their main source of opioids and managed to become addicted.

These seeds are available in bulk online. The FDA has started to crack down on vendors of this product who make claims about relief from pain or heroin withdrawal sickness. Some large vendors such as Amazon and Walmart have changed their listings to obscure the quality of the seeds so a buyer can’t specifically look for the type of poppy seed that can be turned into a potent tea. A person seeking to abuse these seeds must purchase unwashed seeds only.

Some legislators and agencies are seeking to restrict this type of poppy seed from the market to prevent more deaths. This restriction, if enacted, would still leave plenty of poppy seeds available for baked goods.

A 2019 study of the use of poppy seeds noted that clinicians who are seeing a person in an emergency room or admitting them to addiction treatment may not realize that unwashed poppy seed consumption can be addictive and even fatal. Studies and official warnings are making this fact more broadly known.

If a person really wants to find substances to abuse, there are both legal and illegal substances available and probably always will be. It may never be possible to ban every substance that can get a person high or affect their mind. It will always be important for families to encourage sobriety for all members and for effective rehabilitation to be available for those who manage to become addicted.

Despite Epidemic, the FDA Approves a Powerful New Pain Killer

Jake Harper of NPR.org reported on Nov. 2, 2018 that the FDA has approved the distribution of Dsuvia, a very potent opioid pain reliever. It is 5 to 10 times more potent than fentanyl and 1,000 more potent than morphine. 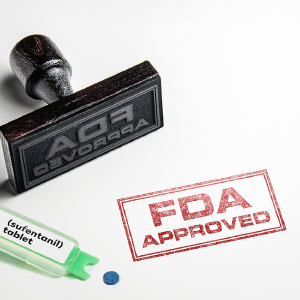 One would have had to have been living under a rock not to know about the 21st century opioid epidemic that our country is struggling with. It’s been terrible, it’s been all over the news, it’s been a constantly growing and expanding problem, and for the most part, we as a nation have been unable to do anything to hinder the growth of such a crippling crisis.