Though alcohol offers zero health benefits and presents an array of risks in its consumption, the alcohol industry in the United States is still a $252 billion industry and $1.47 trillion globally. Every year, more alcohol is sold and consumed than the previous, and every year more people become addicted to alcohol, and more people die from alcohol-related causes.

The Physical Harms of Alcohol Consumption

Every time someone drinks alcohol, it affects their body. This effect is exacerbated by how much one drinks and how often they drink, but even just one drink carries risk. Following are some of the areas of the body that are harmed by alcohol consumption:

Alcohol consumption also increases one's risk of contracting certain types of cancer. This is a risk that comes about even if one does not drink to excess. Even drinking alcohol in moderation increases the risk for:

Another physical effect of alcohol consumption (particularly relevant these days during the COVID-19 pandemic) is alcohol’s effect on the immune system. Alcohol has a direct, inhibitive effect on the body’s ability to fend off viruses, pathogens, and illness-causing bacteria. A person’s body is a much easier target for disease when that individual has been drinking. Furthermore, the effects of alcohol on one’s immune system do not go away quickly. Science shows that one’s immune system will be less able to fend off infections for up to 24 hours after drinking.

The Mental and Behavioral Harms of Alcohol Consumption

The list of the mental effects of alcohol consumption maybe even longer than the list of physical effects. And that’s because alcohol affects everyone on a psychological level differently. When some people drink alcohol, they feel depressed, sad, apathetic, even filled with grief. Others may experience learning and memory problems, including anything from dementia to slight forgetfulness. Others may experience anxiety, nervousness, even episodes of mania or hysteria.

Some people who drink may experience mental problems that lead to behavioral difficulties. These can include lost productivity, family problems, unemployment, or difficulty in school. Many experience poor judgment while drinking, and that can lead to poor sexual decisions, violence, assault, car accidents, etc.

Drinking alcohol can also lead to alcohol addiction, one of the greatest risk factors of alcohol consumption. This risk is especially prevalent when one drinks to excess, though an alcohol habit can develop even while one is following standard drinking “guidelines.”

The safest way to avoid all risks from alcohol consumption is simply not to drink.

The Harmful Effects of a Night Out Drinking

When someone decides to spend their evening drinking alcohol, they immediately take on several risks. Unfortunately, though those risks are usually known, this does not prevent tens of millions of Americans from drinking to excess, (often with some regularity).

According to the National Institute on Alcohol Abuse and Alcoholism, about 25% of the American adult population drinks to excess each month, often at night, usually out “on the town,” and often with friends who are doing the same.

Some of the harms that can come from even just one night of excessive drinking:

Perhaps the biggest risk of a night out drinking is that one will repeat the event and that they'll keep going on “nights out drinking” until they have an alcohol problem. Sadly, this exact phenomenon does happen to millions of Americans. Approximately 15 million American adults meet the criteria for alcohol addiction, and another 414,000 American adolescents meet the criteria for alcohol addiction.

These individuals can no longer control their drinking habits. They will need professional help in putting down the bottle for good.

Is it Really Worth It?

There’s no doubt that drinking alcohol is dangerous and that the more one drinks and the more often they drink, the threat of harm increases exponentially. But even just having one drink of alcohol creates risk.

One has to ask themselves, is a night out drinking worth it? Wouldn’t there be better, healthier, more rewarding recreational activities that did not pose a real threat of danger?

The 2020-2025 Dietary Guidelines for Americans provides crucial information for all American families to better determine their daily diets. What does this document have to say about alcohol consumption? 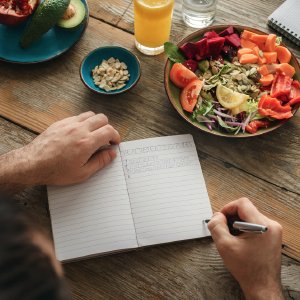 The Scope of Alcohol Abuse in Ireland

What is the scope of alcohol abuse in the Republic of Ireland? What has led this island nation of just under 5 million people to have one of the highest rates of per capita alcohol misuse in all of Europe? 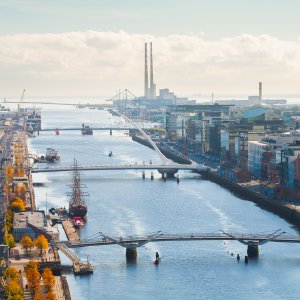