The Opioid Crisis is Now an Emergency

The United States is in the midst of struggling with an opioid addiction epidemic. This has been an ongoing problem for years, a crippling situation that has only gotten worse with each passing year since the turn of the century.

According to the Substance Abuse and Mental Health Services Administration, when doctors increased the prescribing rate for opioid pharmaceuticals by over three-hundred percent between 1999 and 2003, this set off a chain reaction of addiction nightmare, creating a crippling and ruthless addiction plague that has now developed into the worst addiction situation that our nation has ever seen in its history.

The National Institute on Drug Abuse has also tabulated information on the addiction scene, estimating that there are currently about twenty-four-million Americans who are addicted to drugs and alcohol in the United States. This is a very serious problem, and it will likely only get worse if we do not take massive action to do something about it. According to NIDA, there are at least two million Americans who are heavily addicted to opioids, and other experts estimate that number might be close to as much as eight million individuals who are dependent on these drugs.

The Centers for Disease Control and Prevention has provided a wealth of information on the addiction crisis in America, monitoring this problem closely. The CDC is quite concerned about the opioid condition, exploring and researching the issue rather intensively in an effort to find solutions to prevent the spread of addiction.

According to the CDC, more than six-hundred and forty-thousand Americans have lost their lives from drug overdoses since the turn of the century, with about two-thirds of that number losing their lives to opioids…

According to the CDC, more than six-hundred and forty-thousand Americans have lost their lives from drug overdoses since the turn of the century, with about two-thirds of that number losing their lives to opioids. In 2016, the most recent year that we have numbers for, more than sixty-four thousand Americans lost their lives from drug overdoses, and at least forty-thousand of those deaths were from opioids.

Top Experts and Authority Figures Comment on the Opioid Condition

The only reason why the opioid crisis is now officially recognized as an emergency is that President Trump labeled it as such in October of 2016. President Trump gave a national address to the American people, declaring for the first time that the opioid crisis was now officially a “National Public Health Emergency.” He said that: “The United States is by far the largest consumer of these drugs, using more opioid pills per person than any other country by far in the world. No part of our society, not young or old, rich or poor, urban or rural, has been spared this plague of drug addiction and this horrible, horrible situation that's taken place with opioids. This epidemic is a national health emergency. As Americans, we cannot allow this to continue. It is time to liberate our communities from this scourge of drug addiction.”

President Trump is not the only person who has spoken on the opioid condition. Other experts have also commented on this as well, validating President Trump’s declaration. For example, according to Dr. Georges Benjamin, executive director of the American Public Health Association: “The administration’s declaration does include directions to increase access to telemedicine, allows the U.S. Department of Health and Human Services to appoint specialists, allows the U.S. Department of Labor to issue dislocated worker grants and shifts funding for HIV/AIDS care to substance abuse.”

Dr. Benjamin went on to say that: “However, these changes are not nearly large enough to make a dent in this growing public health disaster. We hope that the administration will implement a more comprehensive plan in the coming weeks and work with Congress in a bipartisan manner to allocate additional funds so that our country can see immediate action to end this epidemic, as promised.”

Around the same time that President Trump made his declaration of national public health emergency to the American people, the White House released their own statement on this crisis. According to the White House Commission on Combating Drug Addiction and the Opioid Crisis: “Our citizens are dying. We must act boldly to stop it. The opioid epidemic we are facing is unparalleled. With approximately 142 Americans dying every day, America is enduring a death toll equal to September 11th every three weeks. It is not only critical that the Federal Government provide sufficient resources to prevent and combat this disease; it must also provide the easiest pathway for private providers and local and state governments to achieve success.”

“… It would also awaken every American to this simple fact: if this scourge has not found you or your family yet, without bold action by everyone, it soon will.”

The Commission went on to comment on Trump’s Declaration, saying that: “Your declaration would empower your cabinet to take bold steps and would force Congress to focus on funding and empowering the Executive Branch even further to deal with this loss of life. It would also awaken every American to this simple fact: if this scourge has not found you or your family yet, without bold action by everyone, it soon will.”

Other federal organizations are backing President Trump in his decision to tackle the opioid emergency. According to Drug Enforcement Administration Acting Administrator Robert W. Patterson: “It has never been a more important time to use all the tools at our disposal to fight this epidemic, and we must remain steadfast in our mission to combat all dangerous drugs of abuse.”

And according to the Food and Drug Administration Commissioner Dr. Scott Gottlieb who talked about the need for new medical devices and advanced health systems to tackle the opioid epidemic:

“Unfortunately, far too few people who suffer from opioid use disorder are offered an adequate chance for treatment. The FDA will continue to encourage more widespread innovation and development of new and better treatments for opioid addiction.”

“Unfortunately, far too few people who suffer from opioid use disorder are offered an adequate chance for treatment. The FDA will continue to encourage more widespread innovation and development of new and better treatments for opioid addiction.”

Many groups, both governmental, federal, and non-profit alike have commented on the opioid condition and on our need for doing something about this gradually worsening epidemic. There was once a lack of public awareness about the opioid epidemic across America, but that is no longer the case. We know the epidemic is here. Now we just have to do something about it.

Solutions to the opioid epidemic exist. It will take time, but we need to pursue those solutions, and we need to get out of this epidemic.

The United States of America is suffering from a drug addiction epidemic, a state of national crisis quite unlike anything we’ve seen in our lifetimes. 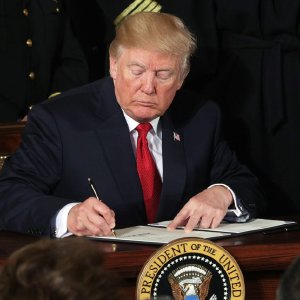 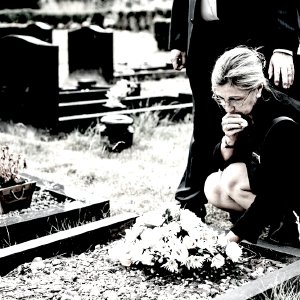