The ONE Thing You Need to Know about the Opioid Epidemic

There’s one simple fact that is more important than all others on this subject. And that is this:

It’s not getting better yet. It’s still getting worse.

As awful as our 2016 losses were to heroin, fentanyl, oxycodone and other drugs were, the way the incoming data is lining up for 2017, we’re going to see even higher losses when the year’s totals are in.

The federal agency that does the best job of maintaining these statistics is the Centers for Disease Control and Prevention (CDC). You can find a running update in National Center for Health Statistics, one division of the CDC. In fact, you can pick any month and get the number of drug-related deaths for the prior twelve months. Using this data from the National Center for Health Statistics, here’s the number of Americans we lost in these twelve-month periods:

When you access 2017 numbers, the website notes that these numbers could change when they are finalized as their data is not quite complete yet.

At this moment, their data ends in July 2017 with a slight decrease: 66,972. Possible reasons for this decrease include as-yet incomplete reports or the widespread use of the opioid antidote naloxone to reverse fatal overdoses.

The Washington Post also reports that in a recent 15-month period, more than 142,000 people were taken to Emergency Rooms for opioid overdoses. This is a nearly 30% increase over the number from a year prior.

You might or might not realize that many people never make it to Emergency Rooms after they are brought back from an overdose. First responders bring the person around and in many cases, they run off rather than go to the hospital to be checked out. So the number of people needing medical intervention due to an overdose is actually much higher than that number represents.

The number of young people winding up in Emergency Rooms is also growing. The biggest age groups involved are very young kids ages 1 to 5 and pre-teens and teens ages 12-17. The little ones get into pills by accident and the older kids are more likely to be experimenting.

At the federal, state, county and city level, many people are focused on eliminating this problem. Many parents who have lost their child or even multiple children have become activists, trying to beat these numbers down by going to schools, clubs, professional and community organizations to spur more people to action. There’s thousands of community groups dedicated to preventing these deaths.

We will know we have taken enough action to overcome this epidemic when these numbers start going down and continue falling. We’re not at that point yet.

Now Is the Time

If ever you thought it was time to become more proactive, this is it.

If you ever thought maybe it was time to have more conversations with your kids, you’re right. It is.

If you know someone who is starting to use drugs, this is the right time to try your hardest to help them get more satisfaction from their lives so they don’t want drugs.

If you need help, advice or just someone to talk to, Narconon cares. 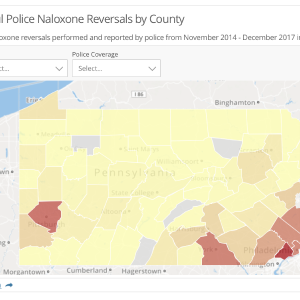