The Importance of Offering REAL Treatment Options to Inmates

Recidivism, the revolving door nature of the prison system provides significant barriers to rehabilitating criminal behavior. Much of this is because offenders are put in a prison system that does not address the underlying reasons why they did something wrong.

An excellent example of this is the numbers of drug users in jail and the high incidence of drug relapse rates shortly following release from jail. When people are jailed for having an addiction or as a result of their addiction, when they are treated as criminals, and when they are given no recourse or proper treatment while in jail, it is no surprise that they would relapse shortly after release. Thus begins the journey back to jail.

It would seem that a jail cell is no place for someone struggling with a drug problem. What statistics back this up? And what then is the correct methodology for addressing addiction and crime?

Addiction and Incarceration – Looking at the Statistics

According to the Center for Prisoner Health and Human Rights, the 1970’s era War on Drugs policies immediately led to a significant increase in the number of people arrested, convicted, and jailed for drug-related offenses. In 1980, there were 49,000 Americans in jail for a drug offense. In 2013, that number had increased to 489,000.

That is an almost 10x increase in 23 years. It means that even though the prison system has shown little to no success in effectively rehabilitating criminals/addicts, the prison system has continued to be this nation's first approach for addressing drug offenders. When will we realize that addiction is a severe behavioral health condition, not a crime? When will we realize that addicts need treatment, not punishment?

Let’s look further into the statistics. The vast majority of the 489,000 incarcerations mentioned above are for crimes of possession with no intent to distribute. These are non-violent drug users being jailed, not drug dealers.

Again according to the Center for Prisoner Health and Human Rights, about half of all prison inmates meet the criteria for substance abuse or drug dependence. A large percentage of state and federal prison inmates committed the crime they were incarcerated for while under the influence of drugs and alcohol. The research suggests that, at the time of arrest, about 60-80 percent of arrestees had drugs or alcohol in their system.

If drugs and alcohol are such a significant factor in so many arrests, why are drug and alcohol addiction not being sufficiently addressed in the prison system?

When it comes to substance abuse, addiction, and incarceration, the first mistake we make is in even jailing addicts in the first place. However, if we are going to jail addicts under current laws and regulations, an addict’s period of incarceration does present an opportunity to connect that individual with often hard-to-reach treatment resources.

The years spent in jail could be an excellent opportunity to help addicts. But not even that is being done. Again according to the Center for Prisoner Health and Human Rights, only about 11 percent of incarcerated individuals in need of substance abuse treatment ever receive such treatment while in jail or prison.

The journal, “Addiction Science and Clinical Practice,” also published a research paper on this subject. According to the new data, about one out of every four recently released inmates goes immediately back to substance abuse. Keep in mind that newly released inmates are doing this under the genuine risks of parole revocation and re-incarceration.

If a significant percentage of newly-released inmates are immediately engaging in activities that threaten their new-found freedom, that means such individuals are not getting the help they need while in prison. In short, it tells us that the prison system is failing addicts.

It seems that not only are jails insufficiently suited to help addicts, but such institutions also do not prepare addicts for life after prison.

If Your Loved One Needs Help

Real addiction treatment, of a long-term nature, and in a residential setting is essential in helping addicts overcome their habits.

“Former inmates return to environments that strongly trigger relapse to drug use and put them at risk for overdose.”

A study published in the U.S. National Library of Medicine cited the following as being the types of actions and efforts that help addicts. Jail time is not listed among them: “Protective factors included structured drug treatment programs, spirituality/religion, community-based resources (including self-help groups), and family. Former inmates return to environments that strongly trigger relapse to drug use and put them at risk for overdose. Interventions to prevent overdose after release from prison may benefit from including structured treatment with a gradual transition to the community, enhanced protective factors, and reductions of environmental triggers to use drugs.”

The research data is clear. Prisons and jails are not the right environments for people who struggle with addiction. Our efforts to address this error need to revolve around changing criminal justice policy. We have to make it known that drug users need addiction treatment, not jail cells. We need to reform criminal justice policy in such a way that drug users get sent to residential addiction treatment programs, not jail cells.

And for those of us who have a family member or loved one who struggles with addiction, our focus has to be one of helping our loved one get into a residential, long-term drug rehab. If you know someone who is struggling with an addiction to drugs or alcohol, make it your priority to assist them in finding proper care. And most importantly, see that they get help soon. Addiction is a life or death crisis. Any day could be an addict’s last.

Also quite concerning, any day could be the day an addict gets sent to jail. Make sure your addicted loved one receives the proper treatment they need before any of these harmful events occur.

Should a Jail Be Responsible For Treating Addiction?

When I checked the news the other day I was shocked to find a story of a federal judge who ordered that a county jail in Massachusetts be made to give an inmate his methadone doses, so he could continue his medication-assisted therapy.

There’s all kinds of articles about the signs and symptoms of drug use. But if your loved one is clever about hiding his or her drug use, you may have to look deeper to find the real source of problems.

KH
Karen Hadley in Signs of drug use 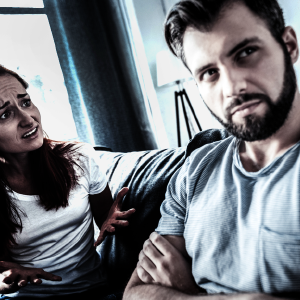