The Hidden Catastrophe That is America’s Drug Overdose Deaths

Why do I call our country’s overdose deaths a “hidden” catastrophe?

Because this calamitous situation has fallen off our national radar to such a significant degree. That’s primarily because situations related to addiction and overdoses have changed so dramatically in the last several years. We now have larger public health issues to snag our attention and the patterns of drug distribution, abuse and overdose have shifted so dramatically.

As an example of the way this situation has moved out of our priorities, from 2013 through 2019, the Fed Up! Coalition held rallies in Washington, D.C. and around the country to bring attention to the problem of loss of life to drug overdoses. In 2020, they had a rally scheduled at Capitol Hill for June 20th that they had to cancel. There is no event scheduled for 2021. It’s a sure bet that thousands of other coalitions and grassroots groups around the country have suspended public events this year. It is undoubtedly not their choice to cancel these events at this time.

The threat of overdose deaths is more severe than it has ever been in this country. We must not take our eye off this scourge and we must update our strategies as this situation changes with whatever tools are at our disposal.

Staying On Top of the Problem

Several years ago, the Centers for Disease Control and Prevention (CDC) was issuing addiction prevention guidelines that largely focused on reducing the number of prescriptions handed out for opioid painkillers and increasing the distribution of the opioid antidote naloxone. But now the primary drugs taking the lives of members of our families and communities are the synthetic drug fentanyl and its many analogues.

Fentanyl continues to be a murderous drug. It has wormed its way into the warp and woof of our national drug problem. It arrived in our headlines in 2006 and 2007 when there was a sudden surge of fentanyl deaths. Seemingly out of nowhere, this drug that long had been a minor problem of diversion from medical facilities began felling hundreds of people in Eastern U.S. cities. Suddenly, there were 1,013 fentanyl deaths in Delaware, Illinois, Michigan, Missouri, New Jersey and Pennsylvania.

Then in mid-2006, an illicit fentanyl lab in Toluca, Mexico was shut down. Gradually, fentanyl deaths declined to the level they’d been at when this was just a drug pilfered out of hospital pharmacies.

A Steep Increase After a Mild Decrease

If you consult CDC statistics on drug overdose deaths in late 2017, you’d see hopeful signs of a reduction in drug deaths. This trend held for more than a year and then we saw the end of that hope.

As overdose deaths began to creep upward starting in late 2019, it became obvious that whatever our strategy was, it was no longer up to the task.

This chart shows a running twelve-month estimate of drug overdose deaths maintained by the Centers for Disease Control and Prevention. This agency reports that this twelve-month-ending estimate for July 2019 through June 2020 is over 80,000, a new (and grim) record by far.

No matter what our strategies are, no matter what our focus is, our national energies must not forget or de-emphasize this continuing loss of life. As you can see, the numbers are sweeping up steeply as of the middle of 2020. If there is nothing to stop them, there is every expectation that the numbers will continue to rise. If we don’t maintain our focus on this deadly problem now, when will we?

Are Drug Dealers Trying to Kill Their Customers?

With fentanyl, we have convincing proof that drug dealers simply don’t care how many people they kill.

Looking back a few years, we see that when one drug becomes too deadly or dangerous, many drug users begin to seek a different type of drug. For example, in the late 1960s, PCP (angel dust) gained popularity among drug users and then its use waned in the 1970s. In the 1980s, it became popular again and then once again died out. Each time it got a reputation for causing the user to become violent or suffer terrible effects, it became less popular.

But as each a new cohort of drug users came of age, a phenomenon called “generational forgetting” kicked in and this new group of drug users reached for this drug once again, not realizing its terrible effects.

This pattern repeated itself yet again in this millennium as another group of potential drug users who didn’t know about PCP’s reputation for creating violence were willing to try it.

Recently, we’ve seen this pattern in the use of fentanyl.

“Thirty people that I know have passed away… A year and eight months, 30 people. It’s the fentanyl, definitely the fentanyl.”

Fentanyl is vastly more powerful than heroin or prescription painkillers, therefore it is vastly easier to overdose on it. As fentanyl decimated communities, people described losing dozens of friends to the drug. In an NBC news report, one woman said, “... 30 people that I know have passed away… A year and eight months, 30 people. It’s the fentanyl, definitely the fentanyl.”

In reaction to the danger of this drug, many opioid users began to seek out other drugs. Trying to avoid fentanyl, some people switched to methamphetamine for their drug of choice. Others reached for some of the ever-present cocaine supply.

So what did drug dealers do? They began adding fentanyl to methamphetamine, cocaine and MDMA as well as heroin. It is also added to counterfeit prescription pills manufactured by drug traffickers. Those dealing in fentanyl truly have no concern about killing their customers. They must figure that there’s always more customers who can be addicted.

How Do We Address This Situation?

There are two main angles that will always need to be addressed when we’re talking about addiction. We have to keep people from becoming addicted and we have to support recovery among those who are already addicted.

Prevention must include effective drug prevention lessons for each school, each class, each year. There isn’t a lot that is more worth investing in than a drug-free future for our children.

We must also have community prevention classes, online lessons, posters, ads and public relations events. Ads really can help if they are properly designed. The Montana Meth Project saw success when it released public service announcements detailing the real effects of trying methamphetamine, sometimes just trying it one time.

We need celebrity and sports spokespeople to take up this cause. We need to popularize sobriety.

Many people claim that Nancy Reagan’s Just Say No campaign was ineffective. Whether it was highly effective or not, it has to create a positive effect to have someone with a high profile endorsing a national message to leave drugs alone.

Effective rehabilitation is an absolute necessity. When individuals are rehabilitated, costs from crime, healthcare, law enforcement and foster care for children all reduce.

There are many millions of dollars being funneled into drug recovery programs. Is anyone assessing how successful these programs or research activities are? If we funnel this money into programs that get a lasting and positive result, we get so much more for our money.

We Must Not Forget Them

We must not forget those who struggle with addiction. While we have other societal issues to deal with, the body count year after year from drug overdoses is unbearable.

In 2006, the first year I began studying this problem, we lost 26,400 people to drug overdoses. As we noted above, the CDC reports that the twelve-month-ending estimate for drug overdoses losses though June 2020 is over 80,000. That’s three times the number lost in 2006.

Since 1999, we have lost more than three-quarters of a million people to overdoses. I believe in my heart that we have better abilities than this as a nation with ample healthcare facilities from coast to coast. There are hundreds of thousands, perhaps millions of people who want to help others trapped in this situation. We must work together to save the lives of those who are unable to save themselves.

A new study has shown that fentanyl is so potent it can stop the user’s breathing and cause death while the user is still conscious. That is different from other opioid overdoses that typically involve the user going unconscious before experiencing halted breathing and cardiac arrest. Such a development means emergency responders and concerned individuals now have even less time to respond to an opioid overdose, thus heightening the risk of death. 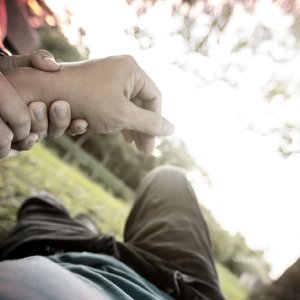 Illicit fentanyl has been a leading cause of fatal overdoses in the United States for some years. Adding to the concern, recent reports by the Drug Enforcement Administration suggest that new strains of “rainbow fentanyl” could be spreading through American cities. The drug, colored to look like candy, is particularly risky to young adults, teens, and children. 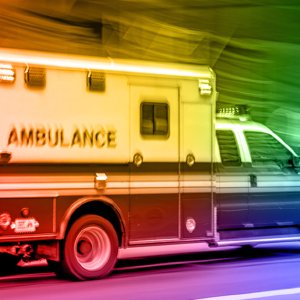