The United States of America is suffering from a drug addiction epidemic, a state of national crisis quite unlike anything we’ve seen in our lifetimes. Our people are becoming addicted to highly toxic and mind-altering drugs, and it’s killing them. Overdoses, car accidents, drug crimes, serious health problems, it all combines to make the lethal implication of drug use in the 21st-century extremely prominent, so much so that the Centers for Disease Control and Prevention labeled the problem an epidemic, and President Trump labeled it a “National Public Health Emergency.”

In this article, we are going to show some of the political back-and-forths on the opioid epidemic, and how we need to be doing a lot more on the opioid problem, not just talking about it.

On October 26th, 2017 President Trump openly addressed the American people, declaring the status of the opioid addiction crisis in America as being a National Public Health Emergency. This formal recognition was greeted with much appreciation, as the U.S. had been in the grips of opioid addiction for almost two decades.

In President Trump’s formal declaration, he said that:

“No part of our society—not young or old, rich or poor, urban or rural—has been spared this plague of drug addiction and this horrible, horrible situation that’s taken place with opioids. This epidemic is a national health emergency.”

The President spoke in a rather emotional manner, even harkening back to his brother Fred who had struggled with alcoholism his entire life, and how that had inspired Trump to push a “Just Say No” campaign much like former First Lady Nancy Reagan's “Just Say No” campaign from the early 80's. Trump said that:

“This was an idea that I had, where if we can teach young people not to take drugs, it’s really, really easy not to take them…”

“This was an idea that I had, where if we can teach young people not to take drugs, it’s really, really easy not to take them. We are going to overcome addiction in America. We cannot allow this to continue. It is time to liberate our communities from this scourge of drug addiction. We can be the generation that ends the opioid epidemic. We can do it.”

The president went on to discuss the implications of drug use, how the States are being flooded with drugs, and that he and his Administration absolutely plan to do something about it.

“An astonishing 90% of the heroin in America comes from south of the border—where we will be building a wall—which will greatly help in this problem. Every person who buys illicit drugs here in America should know that they are risking their futures, their families, and even their lives. Illegal drug use is not a victimless crime. There is nothing admirable, positive or socially desirable about it.”

Support from the Cabinet

As one can imagine, for a president to openly declare that the United States is in a condition of National Public Health Emergency over a drug problem, that is a very big statement to make. However, most of the president’s Administration supported him strongly. In the words of Attorney General Jeff Sessions (the highest-ranking law enforcement administrator in the U.S. federal government):

“I applaud President Trump for his leadership in taking this drastic and necessary measure to confront an opioid crisis that is devastating communities around the country and ripping families apart. The death toll of this horrific epidemic reached 60,000 people in 2016, but as horrible as it is to think of that number, it is worse when we look past the staggering statistic and see our children, our moms and dads, sisters and brothers, friends and co-workers. This nation has never seen overdose deaths anywhere close to these numbers, and for each death, many more suffer debilitating addictions. Just last week the Department of Justice announced its new Opioid Fraud and Abuse Detection Unit and we continue to follow the President’s lead and use every tool we have to combat this deadly crisis.”

For the most part, having the federal government come out and officially recognize the extent of opioid addiction in the States is a good thing. But at the end of the day, what are the feds going to do about it?

Too Little Too Late

For example, Senator Edward J. Markey, Democrat of Massachusetts, spoke out on the opioid issue and on the President’s declaration:

And Rob Morrison, a notable authority on drug and alcohol addiction and rehabilitation and the executive director of the National Association of State Alcohol and Drug Abuse Directors, said that:

“I have not seen an explosion of activity linked to this declaration. None of our members have knocked on my door to say they have been provided money or actual people on the ground.”

Another authority figure, Mark Parrino, the president of the American Association for the Treatment of Opioid Dependence, said that:

I could not find this direct quote. Also, Parrino is a proponent of MAT so ensure you want to use him in your article.

“I do not pay attention to the emergency declarations; my focus is on what has followed. The president said we’re going to have a massive media campaign. Where is it?”

Mr. Andrew Kolodny, the co-director of opioid policy research at the Heller School for Social Policy and Management, was interviewed as to his thoughts on the President’s declaration. According to Kolodny:

“What we need is for the president to seek an appropriation from Congress, I believe in the billions, so that we can rapidly expand access for effective outpatient opioid addiction treatments. Until those treatments are easier to access than heroin or fentanyl, overdose deaths will remain at record-high levels.”

At the End of the Day, it's Still Not Enough

At the end of the day, our President could be accused of all talk and no action. He and his Administration have said the right words and pulled on our heartstrings certainly, but still, the opioid problem grows. The CDC just came out with a report that seventy-two thousand Americans died last year from overdoses on drugs. Most of those were opioid deaths.

We can't blame the existence of the epidemic on the current Administration. We can, however, call them out for not taking action to match their words.

We can see from all of the above-cited quotes that the media is consumed with talking about the opioid epidemic, showing the experts who disagree with President Trump, showing the support that Trump gets from his Administration, etc. But one thing that the media does not show is the answer to this one question:

What is actually being done about the opioid epidemic?

According to the National Institute on Drug Abuse, more than seventy-two thousand Americans died from drug overdoses in 2017. At least thirty-thousand of those deaths were from fentanyl and fentanyl analogs, and fentanyl is just one type of opioid. We need to direct our attention towards solutions, as opposed to simply talking about how bad the opioid problem is.

Right now, in spite of how frequently the opioid epidemic is discussed, most schools do not have mandatory drug education programs. And only about one-third of parents discuss drugs and alcohol with their kids, according to the Substance Abuse and Mental Health Services Administration. We need to increase awareness of how damaging opioids can be on a personal level, not just on a national level. Every American man, woman, and child needs to know the risks attendant with opioids.

And those who are addicted need our help, too. We can’t ignore the millions of Americans who have already fallen prey to addiction. For every effort we put into raising awareness and educating those who have not yet touched opioids, we need to put equal effort into helping others get off of opioids through inpatient addiction treatment.

The Opioid Crisis is Now an Emergency

The United States is in the midst of struggling with an opioid addiction epidemic . This has been an ongoing problem for years, a crippling situation that has only gotten worse with each passing year since the turn of the century. 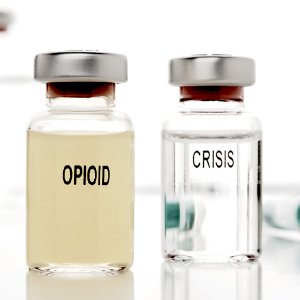 We look to our doctors for help in improving our physical condition, and that covers a broad range of areas.