The Dangers of Using Multiple Drugs at the Same Time

If those using drugs understood that mixing other drugs with their opioids could kill them, they might think twice before doing it. If their families comprehended this as well, they would do their best to stop it. The stark truth is that polysubstance abuse = potential death. Yet, new research indicates that young people are dying in more significant numbers from taking opioids with other drugs. The obvious conclusion is that the dangers of polysubstance abuse are not well understood. Let’s get educated and look at some facts.

A November 2020 study published in the journal JAMA Pediatrics analyzed opioid-related mortality rates in adolescents and young adults. When the researchers reviewed the records of deaths from 1999 to 2016, they concluded that young people were more likely to die from using opioids along with other drugs than they were to die from using just opioids alone.

Translation? Mixing drugs with opioids increases the chance of death.

Opioids themselves are highly addictive and can be deadly. According to the National Institute on Drug Abuse, opioids cause more overdose deaths per year than all other drugs combined. When drug abusers add other mind-altering substances to their opioids, they invite highly toxic and potentially lethal combinations of substances into their bodies. The drug mixture leads to a potentially fatal physiological phenomenon, yet another way of stating that mixing opioids with other drugs can kill a person.

The researchers found that stimulants (such as cocaine and crystal methamphetamine) are the non-opioid drug class found most often in opioid-related overdoses of young people. The researchers examined these deaths among youths ages 13 to 25 in the year 1999. They then studied the same age bracket and the same cause of death every year up through 2018. Here is what they found:

Quoting study co-author Dr. Jamie Lim, a pediatrics resident at Boston Medical Center and Boston Children’s Hospital, “These results emphasize that we need to be focusing on more than just opioids when treating young people with opioid use disorder. As providers, we need to recognize that co-occurring substance use disorders are common, and they must be addressed simultaneously when treating opioid addiction.”

It is worth mentioning that, while the JAMA Pediatrics study focused on young people, the severe risk of using multiple drugs at once applies to all age groups, not just adolescents and young adults. Grown adults also put themselves at risk for immense harm when they use multiple drugs at once.

It’s Dangerous to Use Multiple Drugs at Once

It does not take hours studying scientific data to understand why using multiple drugs at one time is extremely dangerous (and not very smart). Using just one type of drug can be (and often is) lethal. Drugs cause immediate harm to the human body, with just one use. Logically, when a user adds a second or even a third drug into the mix, they are subjecting their body to the long list of adverse effects from the different types of drugs (each drug having its unique list of side effects). Additionally, there is the factor of how the different drug chemicals will react in the presence of other drug chemicals.

For example, the most common combination among young people is using opioids in tandem with stimulants. Opioids depress, and stimulants stimulate. Opioids depress or slow down blood flow, breathing and brain function. Stimulants speed these areas of the body up. When these drugs are entered into the body simultaneously, the brain receives conflicting messages. That can lead to unpredictable side effects and outcomes.

In addition to the risk of death, there is the potential for harmful events such as accidents, injuries, poor judgment, loss of motor function, overdose and long-term debilitation.

The parents and family members of young people should be alert for the signs of any drug abuse. Drug abuse is more prevalent than most people believe. When drug abuse is discovered in the family, the time for treatment is immediate. The chances are that if their loved one is abusing drugs, they could be using more than one drug. Many drug abusers are in the dark about the potential perils of polysubstance abuse and will need help to get clean and steer clear of the risky path that lies before any drug abuser. The more drugs someone is using, the more challenging it is to get the addict off all such drugs. Polysubstance abuse=get help NOW.

Death from a drug overdose is a preventable death, but only if it is actively prevented.

Addiction is a vicious crisis that hampers an individual’s ability to achieve their goals, to lead a productive and fulfilling life. Anyone who has been around a drug abuser comprehends this. But most addictions can be turned around with effective treatment. Thankfully, drug and alcohol rehab centers can help addicts overcome the physical, psychological, behavioral, and spiritual aspects of addiction, giving any recovering addict a start towards a better future.

A recent Massachusetts study sought to determine which demographics have been hit hardest by the opioid crisis. As it turns out, mainly working-class, blue-collar residents in construction, agriculture, forestry, fishing, hunting, and industrial jobs have been affected the most. But does this data also reflect a national trend? 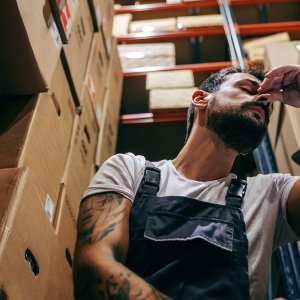 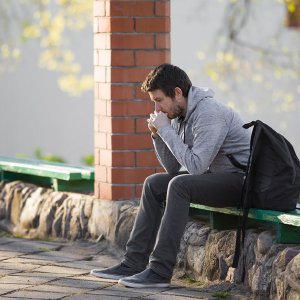