The Dangers of Experimenting with Inhalants

When we think of drug use, the first thing we think of is not inhalants. Some don’t even know what these drugs are. We usually think of heroin, opioid painkillers, cocaine, crack cocaine, meth, alcohol, marijuana, etc. In fact, we usually prioritize inhalants at the bottom of the totem pole in drug risk. And why do we do this? Mostly because inhalants are not often lethal.

But we should be quite concerned about inhalants because these are the drugs that young people often turn to first. Inhalants are not as dangerous as heroin, opioids, alcohol, or any of the other big killers, drugs that have substantially contributed to the country’s addiction epidemic. However, inhalants do pose a unique risk in that they are the first drug of choice, particularly in kids between the ages of twelve to nineteen.

Any kind of drug use is wrong, but drug use in one’s adolescence and teen years is especially dangerous. Inhalants are a gateway drug, and every year they start thousands of young people on a path to the “drug use lifestyle.”

So let’s learn a little more about inhalants, and let’s figure out ways that we can assure that our youngsters do not fall prey to experimentation with inhalant drugs.

Again, deaths from inhalant use are not common. It hits us hard, however, that all that is needed to snuff out the life of youth is an aerosol spray can and a cloth rag or towel.

As an example, a teenage boy died recently in the Netherlands from draping a towel over his head and inhaling butane from a deodorant spray can. He was nineteen years old. He was also in a treatment center for abusing cannabis and ketamine.

The boy’s death shocked everyone including the town he lived in, his family, and the rehab he was staying at. The boy did not have access to his drugs of choice, obviously, as he was in rehab, but his inventive yet lethal thinking led him to use a deodorant spray (something the rehab staff shouldn’t have let him have access to) to get high.

This story sounds familiar because we occasionally hear similar stories all across the world of young people experiencing “Sudden Sniffing Death” or something similar where the use of an inhalant drug brought on sudden cardiac arrest which then led to death.

Side Effects from Inhalant Misuse

Sudden sniffing death is a legitimate side effect and a real risk of experimenting with inhalants. According to the National Institute on Drug Abuse, the highly concentrated chemicals found in aerosol spray cans and solvents pose a risk for inducing irregular, rapid heart rhythms.

Such rhythms can lead to fatal heart failure within only minutes of sniffing an inhalant. Sudden sniffing death is most often associated with butane or propane, but any of a wide range of chemicals in common aerosol sprays can cause such a condition.

And sudden sniffing death is only one of many risks that people take when they engage in inhalant misuse. There are many other lethal side-effects in using inhalants, such as:

According to the National Institute on Drug Abuse, the number of deaths directly attributed to inhalant misuse ranks in at about one-hundred to two-hundred fatalities per year.

The Real Risk in Inhalant Use

We can talk about how research has shown that inhalant misuse is extremely toxic, causing long-lasting and widespread damage to the brain. We can discuss how inhalants are highly toxic to other organs, too, including the heart, lungs, liver, and kidneys. We can talk about the potentially fatal risk that anyone takes, every time they experiment with inhalants. All of these are legitimate risks.

The most concerning aspect to inhalant misuse however, is the age of those who are using it. Again according to the National Institute on Drug Abuse, a little more than nine percent of young people ages twelve to eighteen will misuse inhalants at some point in their youth.

It’s a pretty scary thing to hear about a drug, any drug, that young people find particularly interesting. According to researchers at the National Capital Poison Center, the peak age of inhalant use among the American people is fourteen. The National Capital Poison Center examined about thirty-five thousand four-hundred individual cases of inhalant abuse over a span of many years. In these cases, two-hundred and eight people died. That’s only half of one percent of the people who experimented with such drugs who lost their lives to inhalant use.

But bear in mind that these are fourteen-year-olds and other teens who are misusing the drugs. Bear in mind that, one in every two hundred youths who are trying inhalants are losing their lives, as a result. Would you want these odds for your kid?

Inhalants are an undiscovered problem. We’re putting all of our attention on the heavy-killer drugs. The ones that are at the backbone of the addiction epidemic that our nation is mired in. But this is a mistake. We also need to consider the other drug problems such as our teen sons and daughters misusing inhalant drugs. We need to do our best to get our youngsters educated about these drugs so that they never start experimenting with them in the first place.

In a recent brief by the CDC, experts published findings that more than 50% of cocaine-related deaths also had opioids present. The same was true with meth deaths. This is very concerning because it indicates a drug use trend where addicts may be more likely to use multiple drugs at once. 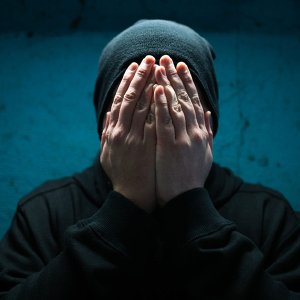 If three Boeing 737 planes crashed every week from 1999 to the present, the entire country would sit up and take notice. Drastic actions would be taken to prevent further crashes. But that’s how many people we’ve lost to overdoses and our efforts seem half-hearted. 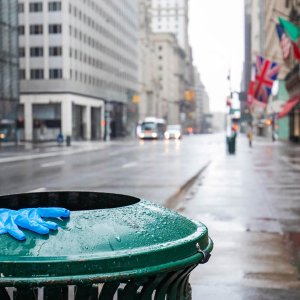