The Close Association Between Drugs and Crime

For most people, it’s no big surprise to learn that drug use and crime are inextricably linked. If you’ve ever had a friend or loved one who descended into addiction, you probably saw that person become involved in illegal activities. Certainly, they were buying illicit drugs. But they may also have been involved in selling drugs or other illegal activities.

This friend or relative may have borrowed money from you and never paid it back. Or maybe a few things went missing from your home and you suspected him or her. If you were in business with this person, there may have been money or property missing from the business. Jewelry boxes and even the children’s Christmas presents may have been sacrificed to this person’s need for drugs.

You’re not the only one who has noticed this association. To get a better understanding of the drug use-crime relationship, the ADAM program has collected information on positive drug tests among arrestees in five widely-separated counties. ADAM stands for Arrestee Drug Abuse Monitoring and the program has been run by the Office of National Drug Control Policy. Their most recent report was issued in 2013 and provides a closer look into this association.

Here are the communities monitored in this program:

What Percentage of Arrestees Tested Positive for Drugs?

It was also very common for arrestees who tested positive to be unemployed, for example:

Why Does This Happen?

Does this news remind you of someone you know? A person struggling with addiction very often has a hard time holding a job and staying out of the hands of law enforcement.

Why is it important that you understand this relationship? Because if someone you love dearly becomes addicted to drugs, it is very likely that legal entanglements will follow. You should understand why you’re seeing these problems. A family that has seen a young man or woman of great promise get derailed by drug abuse will probably not understand why this loved one is suddenly involved in criminal activities. Car theft, property theft, assault, breaking and entering, and identity theft are common among drug users.

Not understanding the causes, a family can be crippled by shame. But shame only serves to make it harder to resolve the situation.

A person who has lost control of their drug use also very often loses the ability to make the correct moral choices. Let’s say he (or she) decides to never again use their drug of choice, whether it’s opioids, methamphetamine, high-potency marijuana or a synthetic drug. Some hours pass and then the person begins to experience withdrawal from their drug. The phenomenon of withdrawal is going to vary greatly by drug, but it will always include intense cravings for more of the drug.

At that moment, it’s almost like these cravings throw a switch in the person’s mind. The person’s power of choice is suddenly defeated by the cravings. Getting and using the drugs he’s accustomed to becomes the most important thing. With some drugs like heroin or painkillers, the person will start to feel the aches, pains, nausea and sickness of withdrawal sweep over him. With cocaine or methamphetamine, the cravings will be sharp and intense and will be accompanied by severe anxiety. It will feel like there will never be any pleasure in life unless the individual can get the drugs he feels he needs.

At that moment, it may seem reasonable to this person to commit a crime if he needs money for drugs. He may accost a person at an ATM, steal a tool from a friend’s garage and pawn it or see if mom has any jewelry left.

How does a family end this crime spree? By addressing both the addiction and its underlying causes. This is where Narconon can help.

For a person to really establish himself (or herself) in a new, drug-free life, he must have the right life skills. The time spent addicted and/or committing crimes erodes one’s self-respect. The individual tends to turn inward, no longer caring as much for his job, family or community. Life skills training is needed to help that person shed the old habits and ways of thinking. This person must learn how to preserve his own integrity and solve problems that come up in life. Then life can be enjoyable once again. When life’s little successes and bigger wins offer real pleasure, drugs are no longer needed.

Life skills training has been an essential component of the Narconon program for decades. Find out how this unique, non-medicated drug rehab program can help someone you care about get their life back. 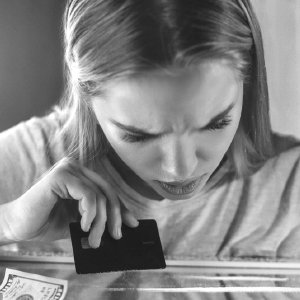 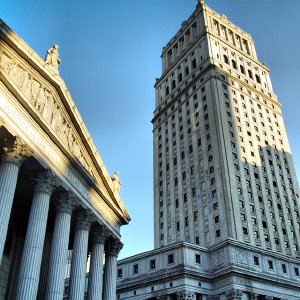