Solving the Opioid Crisis: Returning Control of Prescription Drugs to the Right Hands, Part I

There’s probably not an American alive today who has missed the fact that we are in the midst of a deadly epidemic of opioid addiction. Every year, we’re experiencing record-breaking loss of life. Every year, parents and professionals both raise devastated cries for a solution, a remedy, anything to stop the losses.

There are solutions to this catastrophic situation but in fact, they are not simple ones. It will take significant shifts in several areas of our daily lives to bring about a reversal of this epidemic.

Those shifts must include returning control of prescription drugs to the correct individuals: Properly trained medical professionals.

So where is that control now? At this moment, control of prescribing has moved largely into the hands of organizations and individuals who should not be in control of it. Like pharmaceutical companies and their sales representatives, government agencies, legislatures, lobbyists, non-profit organizations supposedly advocating for pain patients but financed by pharmaceutical corporations and finally, patients themselves. Even advertising agencies and media like television networks and magazines are involved.

Let’s look at how prescribing control came to be placed into the wrong hands.

A rational person might think that pharmaceutical companies just sell the quantity of drugs needed to cure illnesses. They would be wrong. Pharmaceutical sales reps are expected to convince doctors to increase the number of prescriptions for their company’s products. It doesn’t matter if they are needed or not, the demand is there.

We can see this influence at work by reviewing the growth of OxyContin sales. OxyContin is a time-release formulation of the painkiller oxycodone. Instead of needing to be taken four times a day, it was supposed to be taken twice a day because the time-release formulation would alleviate pain for a longer duration. (As the Los Angeles Times reported, OxyContin often failed to last that long, leaving patients in excruciating pain until it was time for their next dose.)

Sales representatives were told to wine and dine doctors and tell them that OxyContin was not addictive, was not likely to be abused and should be prescribed for moderate pain, not just the severe pain this type of drug had been used for in the past. The science supporting this message was absent. Despite the absence of supporting science, the volume of OxyContin prescribing skyrocketed.

Because it was highly addictive and doctors were not trained to identify or treat patients who had become addicted to their medications, the number of Americans addicted to OxyContin also climbed.

The approval of the painkiller Zohydro provides an example of how control of prescribing was taken over by a government agency. In 2014, the Food and Drug Administration (FDA) approved the drug Zohydro even though their expert panel recommended that the drug be disapproved. The pill is made from 100% hydrocodone, the most popular pill among opioid addicts. Both the expert panel and other critics felt that Zohydro was very likely to be abused. Members of Congress from West Virginia, Massachusetts, and Kentucky introduced bills to ban Zohydro and other critics called for Margaret Hamburg, the head of the FDA, to be fired.

In April 2015, Hamburg did resign as Commissioner of the FDA. But sales of Zohydro continued.

By approving Zohydro, many critics felt that the FDA was putting a dangerous drug on the market, one that would be a highly sought-after drug by those addicted to opioids. Why did the FDA put their own judgment above that of their expert panel who felt it constituted a threat? Only the FDA Commissioner can answer that question.

Legislatures can pass laws making drugs illegal and thereby enable law enforcement personnel to do their jobs of keeping our communities safe. They can also pass laws that skew the prescribing judgment of medical personnel which is what happened in California in 1999. A bill was signed into law by Governor Gray Davis that stated the following:

It is the intent of the Legislature that pain be assessed and treated promptly, effectively, and for as long as pain persists… Every health facility licensed pursuant to this chapter shall, as a condition of licensure, include pain as an item to be assessed at the same time as vital signs are taken.

This law translates into creating “pain as a fifth vital sign,” along with breathing rate, heart rate, temperature and blood pressure. This was a policy that turned out to be extremely destructive. It may not look like a significant change but this policy, repeated in tens of thousands of medical facilities and doctors’ offices, was instrumental in creating massive increases in prescribing as doctors and nurses tried to keep patients satisfied with their care. The focus of these practitioners shifted away from treating the injury or illness itself and toward treating the pain. And the tool used to treat that pain was very often addictive opioid painkillers, the same ones pharmaceutical reps were promising were not subject to abuse and not likely to cause addiction.

In September 2016, the New York Times reported that pharmaceutical companies had spent more on lobbyists than any other industry: $240 million. That much money pays for a lot of persuasion. As reported by The Guardian, as opioid addiction and overdose deaths increased,

“The pharmaceutical industry poured resources into attempting to place blame for the crisis on the millions who have became addicted instead of on the mass prescribing of powerful opioids.”

U.S Rep. Mary Bono has worked with Rep. Hal Rodgers to pass legislation to curb opioid prescribing and therefore save lives. But pharmaceutical lobbyists opposed their efforts. Rep. Bono said, “We were getting tremendous pushback from the industry. It was a massive, well-organized effort. Of course we felt it, maybe indirectly at times. We didn’t have an awful lot of people lining up to help us.”

It appears that pharmaceutical lobbyists have too much influence over our legislators, enabling more legislation favorable to their bosses—but possibly harmful to the public—to be passed.

Please continue reading to learn how some non-profit organizations that claimed to be working on behalf of patients but were actually financed by pharmaceutical companies got involved in controlling prescribing practices, and how patients themselves also got into the act. 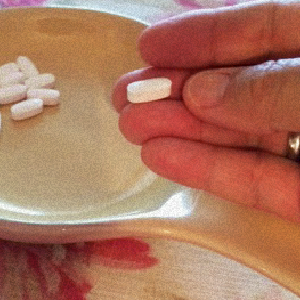 Forty-seven U.S. States have filed lawsuits against Purdue Pharma, requesting a total of $2.2 trillion dollars as compensation for Purdue's contributions to the opioid epidemic. Is this a fair number? 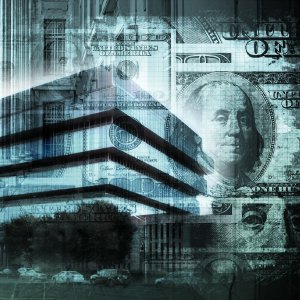