Now we have two developed, wealthy, and advanced world powers experiencing a stall and a reduction in life expectancy. That’s something to be very concerned about. Is it possible that drug abuse is causing the drop in life expectancy in the U.K. like it did in the U.S.?

When a country experiences a severe drug addiction crisis, that affects the health of the entire population, even those who are not using drugs. And when we add into the mix other health issues like obesity, lack of access to treatment and affordable healthcare options, smoking, poor diet, lack of exercise, and a rising rate of cancer cases, we have an overall health crisis. Add all of those factors together, and the average American or Briton of today is, sadly, not expected to live as long as Americans or Britons born even just a few years ago.

“For the first time in modern history, Britain’s gains in life expectancy have stalled—at 79.2 years for men and 82.9 years for women for the years 2015 to 2017. That is better than the United States, but Britain is slipping down the ranks in Western Europe. …”

The New York Times article is worth discussing because it shows a painful similarity between the U.S. and Great Britain. Quoting that article, “For the first time in modern history, Britain’s gains in life expectancy have stalled—at 79.2 years for men and 82.9 years for women for the years 2015 to 2017. That is better than the United States, but Britain is slipping down the ranks in Western Europe. … Alcohol and drug abuse, poor diet, obesity, smoking, and a lack of exercise have taken their toll, increasing the risks of cancer, heart disease, and diabetes. Older people are dying prematurely, their conditions worsened by isolation and depression.”

Experts say that the British government’s “austerity under recession” model has led to drastic cuts in funding for social programs, transportation subsidies, healthcare, and other community-based programs that could counteract negative health trends. Add to that the chaos of Brexit and much of the basic health needs of Britons are currently not being met.

These effects are particularly felt in poverty-stricken U.K. cities which have been battered by deindustrialization. Cities like Hartlepool, a once prosperous seafaring and manufacturing town, have suffered deindustrialization as job markets left the region for cheaper labor elsewhere. The result? Economic stagnation, micro-recession, and a plummeting life expectancy rate. Hartlepool now has the second-highest stroke rate in the region. And in just the last few years, the annual rate of fatal drug overdoses in Hartlepool tripled.

The situation in the U.K. is a classic example of what happens to the quality of life when a nation experiences a severe recession. A lot of people in the U.S. might not know it, but Great Britain experienced a very similar recession to the U.S.’s in 2008, and that led to budget cuts and a massive reduction in spending on social programs that cities like Hartlepool needed to survive.

Life Expectancy in the U.S.

Life expectancy is a direct indicator of the health of a nation. According to the Centers for Disease Control and Prevention (as reported by the American Academy of Family Physicians), “Three new reports indicate that the average life expectancy in the United States has declined for the second time in three years. Deaths from drug overdose and suicide were responsible for much of the decline, with more than 70,000 drug overdose deaths reported in 2017. As a result of overall increases in mortality rates, average life expectancy decreased from 78.9 years in 2014 to 78.6 years in 2017.”

That’s concerning. The U.S. is an extremely wealthy, powerful, and advanced nation, yet its citizens are dying younger and younger. Dr. Jennifer Frost, the medical director for the Academy’s Health of the Public and Science Division, had this to say: “It is shocking that the United States, with its vast resources, continues to see increases in preventable deaths. We need to make better use of our resources and work to improve the lives of all Americans.”

Most experts agree that the drug problem has played a considerable role in the drop in life expectancy in the U.S. But that is not the only factor. Here too, we have rising cancer numbers, increasing obesity, and an all-too-recent recession that is still having a harsh effect on sectors of the country such as the Midwest, the Northeast, and Appalachia.

One could debate back and forth on how federal governments should address recessions. You have everything from austerity under recession (that being the favored approach during more recent recessions), to the New Deal programs of the Great Recession in the 1930s. And everything in between. But rather than debating federal models for tackling such financial crises, a better approach might be to work out how to combat health crises on a more localized level.

When addiction problems strike a community, what can that community do to turn the crisis around? The key lies in getting those who are addicted help, and in preventing other people in the community from becoming addicted. If you know someone in your family, social group, or community who struggles with a drug habit, make sure you do your best to help them. Don’t wait for the government to step in and do it for you. That could take an eternity, and addicts do not have that much time to effect positive change in their lives.

If we work together as communities, we can improve conditions for ourselves and for our neighbors. If we know people who need help, we should do our best to get them that help. And we should work hard to prevent others in our cities and towns from falling prey to substance abuse. 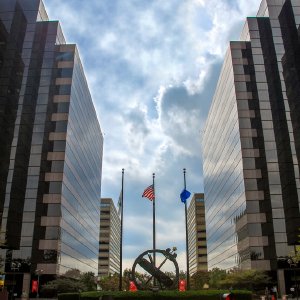 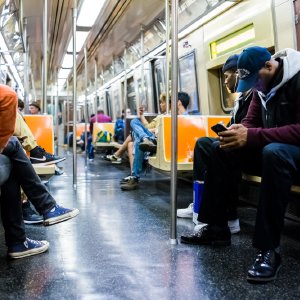