Drug testing is one of the primary metrics by which analysts examine the prevalence of drug use within the workforce. New research in this area brought forth two concerning revelations:

Why are employees using drugs more now than they used to, and what’s the solution?

According to a report by Quest Diagnostics, the rate of workforce drug positivity hit a sixteen-year high in 2019.

Quest Diagnostics reported that drug test positivity rates within the U.S. workforce had climbed to the highest its been since 2003 (4.5%). About 3.5 percent of employees tested positive for drugs between 2010 and 2012, but then climbed 28 percent higher in 2019 than the 3.5 percent positive tests recorded in 2010 and 2012.

There are two key conclusions from this:

The increase in positive drug tests is occurring while other drug-related incidences are also going up. For example, drug overdose deaths rose more than 4 percent in 2019. And in the first few months of 2020, drug deaths were 13 percent higher than they were in the first few months of 2019, putting 2020 on track for being the year with by far the highest drug overdose deaths ever recorded.

“There is no question that before COVID-19, rates of workplace drug positivity were trending in the wrong direction, based on our Quest Diagnostics data. The enormous strain caused by COVID-19 may prove to be an accelerant on this disturbing trend...”

According to Dr. Barry Sample, the senior director of science and technology at Quest Diagnostics, “There is no question that before COVID-19, rates of workplace drug positivity were trending in the wrong direction, based on our Quest Diagnostics data. The enormous strain caused by COVID-19 may prove to be an accelerant on this disturbing trend. Organizations will need to consider the impact of COVID-19 not only on workplace safety but also as a health concern for their employees for some time to come.”

Addiction in the workforce is not equally prominent in all industries. There is reliable data on how prevalent substance abuse is in the workforce, and what industries are most affected by addiction in America. From the Substance Abuse and Mental Health Services Administration’s report:

Approximately 8.7 percent of full-time workers in the United States used alcohol heavily at least once in the previous month. In the past month, around 8.6 percent used illicit drugs. About 9.5 percent were dependent on drugs or alcohol in the past year.

The amount of alcohol abuse within a particular workforce varies quite a bit, often depending on the industry. For example, past-month rates of heavy alcohol use show up most predominantly in the construction and mining trades. About 17.5 percent of the mining workforce drinks heavily, and 16.6 percent of construction workers do the same.

A similar trend has occurred with drug abuse, i.e., that the amount of drug abuse within a particular workforce depends a lot on the industry. For drugs, the highest rates of drug use occur in the accommodations and food services industry. For these industries, about 19.1 percent of employees use drugs.

As for addiction, the industries with the highest rates of drug and alcohol addiction were again accommodations and food service, with about 16.9 percent of employees in these industries meeting the criteria for substance abuse disorders.

The Answer is Addiction Treatment

The concept that addicts do not work or hold jobs is a myth. However, addicts do struggle with keeping a job. But when they lose one job, they usually get another, almost immediately. An addiction is an expensive condition to maintain.

Addressing addiction in the workforce does not come from criminalizing substance abuse, firing addicts, having addicted employees arrested, etc. This is not a problem that can be “punished away.”

The way to solve addiction in the workforce, addiction in America for that matter, begins with helping addicts get into and through residential drug and alcohol addiction treatment centers.

Drug rehabs offer a pathway out of an addiction trap. Narconon, in particular, a highly successful and unique drug and alcohol rehabilitation program with over 50 years of experience and thousands of addicts helped, can assist recovering addicts in learning how to face life without turning to drugs and alcohol.

Remember, people do not just become addicts by chance. They begin by using a mind-altering substance as a means of “helping” them to cope with a life condition they feel they cannot face on their own. Narconon helps addicts find out how they can meet the challenges and hardships of life without turning to illicit, addictive, and incredibly harmful substances.

If you or someone you care about is struggling with an addiction to drugs and alcohol, don’t let this condition continue any longer. Don’t let your loved one continue to go from job to job, always trying to hold onto employment while also maintaining their drug habit. Contact Narconon and get your loved one help today. 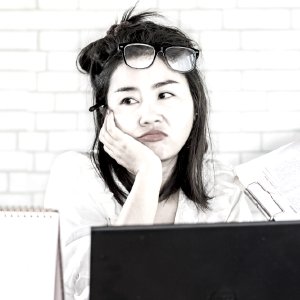 Marijuana and Employment: Positive Workplace Drug Tests on the Increase 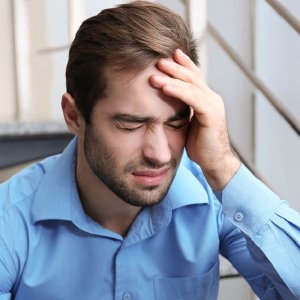