Opiate Addiction and Loss of Eyesight

Every month it seems, new data comes to the surface on the harmful effects of America’s opioid addiction epidemic. Aptly labeled a National Public Health Emergency, this crisis continues to increase in harm and danger, not only for those addicted but also for the family members, loved ones, friends, neighbors, and coworkers of addicts.

A recent study sheds light on an entirely new (and quite concerning) effect of opioid misuse.

Published in JAMA Ophthalmology, the study found that cases of drug addicts developing vision-endangering eye infections quadrupled between 2003 and 2016. According to the researchers, the infections are caused by bacteria, fungi, and other contaminants that invade the bloodstream by the use of dirty needles.

“It’s quite frequent for patients to lose vision.”

Quoting Dr. David Hinkle, an associate professor of ophthalmology and visual sciences at West Virginia University School of Medicine in Morgantown, “For whatever reason, these infections have a propensity for often getting near the good center of vision. It’s quite frequent for patients to lose vision. Even if you can successfully treat the infection and clear it out of the eye and eradicate it, patients are often left with scarring that can result in them not recovering their vision fully. When you abuse intravenous drugs, people are often using the same needle someone else has used or they’re reusing these needles. They don’t clean their skin whenever they inject. Any bacteria or fungus that’s on our skin, and we all have those on our skin, can very easily get introduced into your arm.”

But why the eye? Why does the eye experience such damage from blood infections? According to the experts, the eyes are something of a litmus test for the health of several areas of the body. And that’s because the eyes are often one of the first organs to be noticeably affected by a blood infection.

Quoting Dr. Richard Rosen, a retina surgeon with the New York Eye and Ear Infirmary of Mount Sinai in New York City, “We see it early in the eye because a person will notice a drop in their vision, but it’s an indication that an infection is going on in other parts of the body, too. The eye has a very high blood flow. By weight, the eye has the highest blood flow of any part of the body. It’s very common for infections to find their way into the back of the eye. The retina is very delicate. It’s a thin membrane about the thickness of a piece of paper, and it’s really brain tissue. You don’t need to do very much to it to lose function.”

If opioid addiction is not gotten under control in the United States, it’s reasonable to believe that addicts will continue to experience eye-related health problems, even loss of eyesight.

Opioid Addiction - The List of Harmful Effects is a Long One

Damage to one’s eyesight is just one of the many harmful effects of using opiates. And as one of the fastest-growing drug problems in the nation, opioid addiction is not only common; it is also extremely dangerous. The list of harmful effects alone is enough to paint a picture of how dangerous this drug crisis is.

Opioids, just one type of drug, are responsible for most drug-related deaths in the United States. According to the Centers for Disease Control and Prevention, nearly 70 percent of the 67,367 drug overdose deaths in 2018 involved an opioid.

According to the National Institute on Drug Abuse, about 128 people die in the United States every day from opioid overdoses. And it’s not just the deaths that place a heavy toll on the lives of the American people. The total economic burden of opioid addiction is also severe. Just prescription opioid misuse alone costs the United States about $78.5 billion each year. Those costs accrue in the form of healthcare costs, lost productivity, treatment, criminal justice, collateral damage, theft, crime prevention, incarceration, etc.

The American Society of Addiction Medicine has also gathered a good deal of research on the opioid crisis in the United States. According to their data, the rate of increase in opioid addiction has been particularly concerning. For example, the opioid overdose rate in 2008 was four times the 1999 rate. Why such a stark increase? Partially because of a congruent increase in prescribing. The sale of prescription pain relievers during that same time period also increased by a factor of four. A few years later, in 2012, more than 259 million prescriptions were written for opioids, enough for every American adult to get their own bottle of pills.

On top of being addictive and potentially fatal, opioids have a long list of harmful side effects, including physical, psychological, behavioral, and emotional impact. According to the National Institute on Drug Abuse, some of these effects include:

Addiction Treatment – Saving Their Life and Their Eyesight

Opioid addiction causes harm, far beyond just hampering the eyesight of drug users. Potential damage to one’s ability to see is a serious concern and a dangerous side effect of using opioids, but it is by no means the most significant threat in opioid addiction.

The greatest threat from opioid misuse is that one will die from such abuse, usually in the form of an overdose. As was referenced earlier in the statistics section, this is sadly an all too common occurrence. If you know someone addicted to opioids, please do everything you can to get them help before an overdose happens to them.

Residential drug and alcohol rehab centers offer the safest, most effective routes to getting off drugs for good. Narconon utilizes a time-tested, proven, workable approach that helps people overcome their drug use and seek life anew. Through a proprietary program of drug withdrawal, detoxification, unique processes, life skills courses, and other modalities and approaches, Narconon helps people who were previously thought to be lost to society. Please contact Narconon today to take the first step towards helping your loved one get their life back. 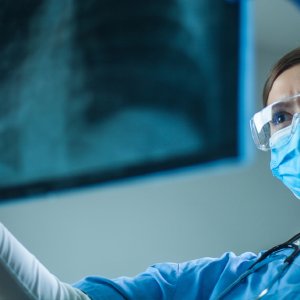 Heroin is not a new drug. It’s been a life-threatening substance plaguing the streets of America for decades. But a fatal overdose is not the only risk of using heroin. New data shows that users who smoke heroin are at risk of serious brain damage. 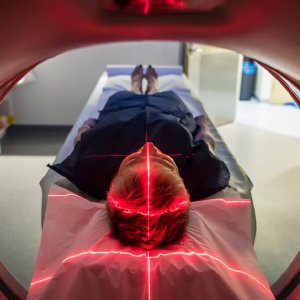