It is true that anyone from any background, demographic, ethnic group, geographic location, upbringing, or education level can fall prey to addiction. There is no guaranteed protection from substance abuse risk. And while the opioid addiction epidemic has certainly affected millions of Americans from every walk of life imaginable, this particular crisis has been more likely to affect working-class families.

In states like Massachusetts which keep close records of opioid-related emergencies, research shows that overdose rates more than doubled among the working class in a relatively short period, with almost all deaths caused by opioid drugs.

Is it possible that, while virtually every American has felt the pain of the opioid crisis in one way or another, that it’s the working class who has shouldered this burden more so than others?

The Story Out of Massachusetts

In just a few years, fatal opioid overdoses among working-class Americans in Massachusetts almost doubled, signaling a seemingly unstoppable surge in opioid addiction in that state. According to AP News, workers in construction, farming, fishing, forestry, hunting, and other working-class and often manual-labor-involved trades were hit the hardest. From 2011 to 2015, about 25 workers for every 100,000 living in Massachusetts died from opioids. But from 2016 to 2017, that death rate increased to 46 fatalities for every 100,000 workers.

Public health experts in Massachusetts say that the state’s overdose crisis requires workplace interventions in the form of local substance abuse prevention and treatment. Quoting Jodi Sugerman-Brogan, a workplace public health and safety coalition executive director, “It is clear that work can be both a pathway to opioid use and addiction as well as a pathway to recovery. We must do all we can to prevent the kinds of injury, stress, and pain that lead workers to opioid use and help them get the recovery services they need when it does happen.”

Massachusetts is also hoping to use some of the projected $90 million in settlements from the Purdue Pharma & Sackler opioid lawsuits to fund treatment programs for working-class Massachusetts residents (who otherwise may not have access to treatment).

Massachusetts policymakers and public health officials seem to have a plan on how they will overcome the local emergency of opioid deaths in their state. But what about other states? What about the seeming replication of this overdose crisis on the national level? If the Massachusetts working class has been the demographic which is most overwhelmingly impacted by the opioid crisis, it is safe to surmise that a same or similar trend has occurred in other states.

The Opioid Crisis on a National Scale

There’s no doubt Massachusetts is in the midst of its own health crisis. Frequent state-wide news headlines that read, “More than 1,000 in Mass died of opioid overdoses in 6 months,” stand as grim evidence of that fact. Sadly, much of the same story is playing out in the rest of the U.S. Across the nation, the opioid addiction crisis is a National Public Health Emergency which is one of the most critical public crises faced by the nation. According to the National Institute on Drug Abuse, 70,630 Americans died from drug overdoses in 2019, and according to the CDC, more than 100,000 Americans lost their lives from drug-related causes in 2020.

According to the Substance Abuse and Mental Health Services Administration, working-class industries across the nation are the industries most affected by substance abuse. Blue-collar Americans in mining, construction, accommodations, restaurants, utilities, retail, and other trades are hit hardest by drug addiction. This rising trend is undoubtedly exaggerated by the working class’s eroding socioeconomic conditions and health metrics.

There is no doubt that America’s growing addiction crisis needs to be stopped. But if the crisis is mainly affecting Americans who are experiencing wage stagnation, job loss, lack of access to healthcare services, reduction in lifespan, and an eroding social safety net, it would appear that much work needs to be done to improve conditions.

“Alcohol and drug addiction take an enormous toll on individuals, families, and communities...”

First and foremost, Americans have to move towards a treatment-based model for addressing addiction and substance abuse. As it currently stands, while tens of millions of Americans need addiction treatment and while one in seven Americans will struggle with substance abuse at some point in their lives, very few ever receive quality care for their addiction crisis. Quoting Surgeon General Vivek Murthy, “Alcohol and drug addiction take an enormous toll on individuals, families, and communities. Most Americans know someone who has been touched by an alcohol or a drug use disorder. Yet 90 percent of people with a substance use disorder are not getting treatment. That has to change.”

The previously cited data from Massachusetts researchers is both valuable and revealing. The close-up look into the opioid crisis in that particular state is also indicative of a much bigger problem in the U.S. It is a problem that begins with an erosion of the middle class via corporate outsourcing of jobs, stagnant wages, lower educational attainment, reduced lifespan, and a gradually increasing cost of living. These conditions and many others have only made working-class lives more precarious, making working-class Americans more likely to turn to opioid drugs as a way to “escape.”

Some would say that the opioid epidemic showed up right in the middle of a perfect storm of adverse conditions for blue-collar Americans. With hundreds of thousands of Americans dead in the last two decades and millions still addicted to opioids today, the term ‘perfect storm’ barely does this nationwide crisis justice.

Given the dire circumstances faced by so many, it couldn’t be more clear that those who struggle with opioid addiction need to get help at drug and alcohol treatment centers. Opioid addiction is a life-or-death crisis, evidenced by the more than 100 Americans who die from opioid drugs every day.

If you have a family member or loved one who is using opioids, please help them get into a drug and alcohol treatment center. Don’t wait until it is too late.

How Drug and Alcohol Abuse Are Invading Our Workplaces 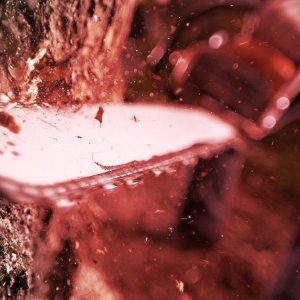 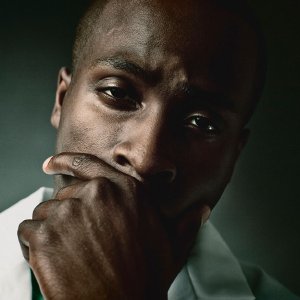