Marijuana is addictive and it is harmful. Despite increasing legalization of the substance, there are inherent risks and unwanted side effects that come from marijuana use, one of which may be a higher likelihood of ending up in the hospital.

According to a study published in the June issue of the British Medical Journal, recreational marijuana use was associated with 22% greater odds of visiting the emergency room or being hospitalized. People who used cannabis were more likely to seek emergency medical attention for physical injuries, lung ailments, and gastrointestinal problems than people who did not use cannabis.

To arrive at those findings, researchers at the University of Toronto analyzed the health records of more than 35,000 Ontario residents. Of those, about 6,500 had used cannabis within the past year. The health data ran from 2009 to 2015. Even after researchers controlled for other factors such as illicit drug use, alcohol use, tobacco smoking, and various other mental health issues, individuals within the study group who used marijuana were still more likely to end up in the ER than individuals who did not use the drug.

According to the data, 15% of ER visits among cannabis users were for acute trauma (injuries). About 14% of visits were for respiratory issues, and 13% were for gastrointestinal illnesses.

It’s worth speculating why people who use cannabis might be more likely to end up in the hospital than people who don’t. Regarding the findings, lead researcher Dr. Nicholas Vozoris said, “Some of that might be increased motor vehicle accidents related to cannabis-related drowsiness or altered level of consciousness. Some of that might be falls and fractures from a cannabis-related altered level of consciousness or drowsiness. Some of it might be the cannabis making someone anxious or mentally unstable and then getting into physical altercations or injuring themselves.” People who use cannabis may wind up in the hospital for a variety of reasons, but the key is that they seem more likely to experience harmful events that require emergency department-level care.

Since the study’s release last June, American addiction experts have reviewed it and lent their insight. Linda Richter, Vice President of Prevention Research and Analysis at the Partnership to End Addiction, indicated the study’s findings should promote caution among those in the pro-legalization movement. Quoting Richter, “The growing notion that marijuana use is harmless… is especially dangerous given the steep rise in the drug’s potency in recent years, the many toxic chemicals that are in the various types of marijuana products, and the increasing accessibility of the drug to people of all ages, especially children and adolescents who are most vulnerable to its effects. As more and more states legalize the drug, they need to launch effective public education efforts to dispel the myths and inaccuracies propagated by those who stand to gain financially from broader use of the drug.” Of note, Richter is not condemning legalization itself, merely the lack of accurate information about marijuana and the false narrative that marijuana is harmless.

It’s not a new discovery that marijuana is addictive and harmful. A wealth of information on marijuana’s harmful and addictive effects exists, much of it published by American institutions like the National Institute on Drug Abuse. According to NIDA, about 30% of people who use marijuana will experience an addiction, with younger people under 18 being four to seven times more likely to develop marijuana addiction than adults.

People dependent on marijuana may experience withdrawal symptoms when they stop taking the drug, another physiological sign of addiction. Marijuana withdrawals include irritability, significant mood and sleep difficulties, decreased appetite, intense cravings, physical restlessness, and other types of discomfort that peak within the first week after quitting and can last up to two weeks.

Marijuana is not just addictive on a behavioral level. Research indicates a physiological aspect of marijuana addiction. Marijuana dependence results from repeat drug use. After several uses, the brain adapts to large amounts of cannabis by reducing its production of and sensitivity to its own endocannabinoid neurotransmitters. When marijuana use is suddenly halted, withdrawal symptoms ensue until the brain produces its own endocannabinoid neurotransmitters again.

Finally, the rising potency of marijuana suggests that, while cannabis may not have had particularly addictive effects in the mid to late 20th century, this is no longer the case. According to NIDA research, a 1990s sample of marijuana would likely contain less than 4% THC. (THC is the active ingredient in cannabis that causes mind-altering and addictive effects). In 2018, the average cannabis sample would likely have more than 15% THC, a more than 300% increase in potency.

The Conclusion? A Drug-Free Life is Always the Safer Option

There is no argument here that marijuana is just as harmful as hard street drugs such as heroin, cocaine, meth, fentanyl, and synthetic opioids. However, marijuana is by no means harmless, a myth that pro-marijuana groups often try to push as fact. Marijuana is harmful; it has lasting side effects, causes dependence and withdrawal symptoms, and seems to put users at greater risk for physical harm than non-users.

The conclusion is an easy one. A safer, healthier life is always one that involves abstaining from drugs. 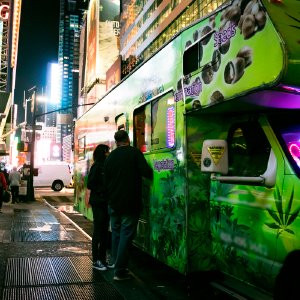 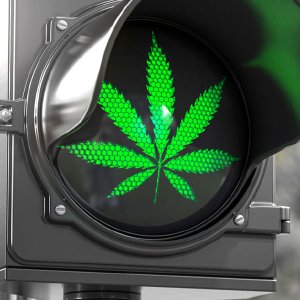