The brain is a vital organ that, frankly, we can’t live without. We use our brains daily to perform the most basic tasks of living. Obviously, that includes your motor skills, ability to process perceptions of your surroundings, and the function of every organ also relies on your brain. From the simplest tasks to the most complex, when your brain function deteriorates, your ability to pursue the life you want to lead also deteriorates.

That’s why it’s so important to understand how the use of marijuana, alcohol or any drugs affect this vital organ. To be honest, this understanding works better as preventative education for a person who is not yet using drugs or is only using them occasionally. A person who has sunk deeply into addiction is probably beyond thinking about their brain function. At this point, he or she is being driven by the need to acquire more drugs every day, or several times a day.

Let’s take a look at some studies on these effects and see how serious they are.

Alcohol use in adolescence

In Finland, a group of people who started drinking heavily in adolescence were given brain scans at five-year intervals, starting when they were 13 to 18 years old. Their scans were compared to the results of people who only drank lightly. The heavy drinkers had used alcohol regularly for ten years, consuming approximately 6 to 9 units about once a week.

Among the heavy drinkers, less gray matter developed in two areas of the brain. Researchers noted that these parts of the brain are associated with impulse control and a lower ability to perceive the negative effects of alcohol. It’s thought that both of these changes could predispose a person to addiction later in life.

The researchers also noted that the human brain continues to develop into a person’s twenties. Thus this early consumption of alcohol seems to have a damaging effect on the brain’s ability to develop its normal and proper volume as the person grows into adulthood.

Alcohol and early-onset dementia among adults

The next study was completed in France and was designed to determine the association between alcohol use disorder and early-onset dementia. To locate this association, researchers evaluated the medical records of patients admitted to hospitals because of their heavy drinking.

This study found that 57% of people who suffered from early-onset dementia also had a history of addiction to alcohol. Included in the definition of dementia were cases of Alzheimer’s disease.

Marijuana and the brain

Does marijuana have an effect on brain development or health? As marijuana is legalized in more states, more youth are using this drug. One study found that college students in states that had legalized the drug for recreational use were 18% more likely to use the drug than college students in other states. In states that were early legalizers, college students were a whopping 46% more likely to be users. If marijuana adversely affects brain development, an increased number of young people are going to experience brain abnormalities.

A study published in the Journal of Neuroscience in 2014 found that young, recreational marijuana users had abnormalities in the gray matter of their brains.

What could this mean? The gray matter of the brain is thought to be associated with higher learning, memory, thought, motor control, coordination and precision. In addition, the two specific areas most affected were the nucleus accumbens and the amygdala. These parts of the brain seem to be involved in a person’s perception of pleasure and reward, and emotional reactions to life.

How could these changes affect a person’s day-to-day life? The science is not yet conclusive on this point. But one study did support the concept that marijuana use results in “amotivational syndrome,” a condition marked by apathy, lethargy and poor judgment. It also found that marijuana use is a risk factor for a lowered belief in one’s ability to succeed at a particular task.

Another study from 2011 found that long-term heavy users of marijuana had smaller white-matter volume in their brains than non-users. These changes were similar to white-matter changes found in patients with schizophrenia.

The full name of the drug nicknamed ecstasy is:
3,4-methylenedioxymethamphetamine.

As the highlighted part of the name indicates, it is a strong stimulant.

Reviews of the effects of ecstasy found that users’ brain suffered changes in their brain chemistry that could last two years or longer. Specifically, levels of serotonin, the neurotransmitter associated with regulation of mood, appetite, learning and memory, dropped and stayed low. A person with low serotonin levels can suffer from sleep disturbances, confusion, depression and anxiety.

This effect could explain the reason for the slang term “suicide Tuesday.” Once a person begins to regularly use ecstasy on the weekend, they may hit a period of heavy depression midweek, this depression being referred to as suicide Tuesday. Ecstasy users usually start by consuming this drug on the weekends as they hit the clubs. Their use may progress to midweek and even every day to counteract the depression that results from low levels of serotonin.

What can we conclude from all these studies? These two conclusions are easy:

Every year yet another dangerous virus crops up and threatens American lives. Sadly, drug users are at even greater risk, as drug use lowers the body's immune system. This is yet another reason why addicts must get help as soon as possible. 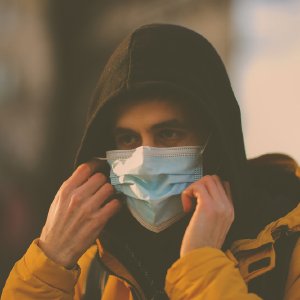 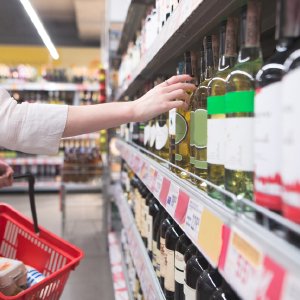