The case may be over, but its details must be examined lest a similar situation occur in the future. For example, in a startling announcement on August 18th, 2021 as the case was grinding through negotiations, former president and co-chairman of Purdue Pharmaceuticals said that his family and the company bear no responsibility in the opioid crisis that has claimed hundreds of thousands of American lives.

Following is an excerpted transcript from Richard Sackler’s testimony in federal bankruptcy court:

Richard Sackler was asked, “Do you have any responsibility for the opioid crisis in the United States?”

“Does the Sackler family have any responsibility for the opioid crisis in the United States?”

“Does Purdue Pharma have any responsibility for the opioid crisis in the United States?”

“You didn’t think it was necessary in your role as a chair or president of an opioid company to determine how many people had died as a result of the use of that (OxyContin) product?”

“To the best of my knowledge, that data is not available,” Mr. Sackler replied.

Not only did the Sackler family firmly deny any responsibility for the thousands of lives lost due to OxyContin overdoses, but all throughout the court case and up until its completion the Sackler family threatened to withdraw funds they’d pledged for drug treatment efforts in the states hit hardest by the opioid epidemic if the Sacklers were not given conclusive immunity in federal court proceedings. The Sacklers held much-needed treatment and restitution funds hostage on this one condition, and they won their demands in the end.

It is wrong for corporate executives to be able to buy their way out of being held accountable for ruining lives and ultimately setting off what may be the worst addiction epidemic this country has ever known. To repair the damage caused by the twenty-year-and-counting opioid crisis, the pharma companies that helped start the crisis should be held fully accountable for it. They shouldn’t be able to use their wealth and considerable legal sway to get away with ruining millions of lives.

In the same week that Richard Sackler denied responsibility for his family’s role (and their company’s role) in the creation of the opioid epidemic, David Sackler also spoke out, vowing that the family would withdraw their promise to pay huge sums of money to states, counties, cities, and individuals hit hardest by the opioid epidemic, if the plaintiff groups did not first agree to drop the Sackler family and their colleagues from all litigation involving Purdue Pharma.

At the time, several U.S. states involved in federal litigation against Purdue Pharma immediately objected to the Sackler’s offer to pay $4.5 billion in settlement funds in exchange for the Sacklers receiving legal protections from the case. It’s also worth mentioning that in recent years Purdue Pharma, as a corporation, had already pled guilty twice to federal criminal charges regarding the ferocity with which Purdue marketed and sold OxyContin, a drug the company’s employees and leadership knew to be addictive and potentially dangerous. So there was already a legal record of guilty verdicts regarding Purdue, making the Sackler’s demands even more outrageous.

To summarize the developments, the Sacklers were trying to buy their way out of taking any responsibility for their part in creating the opioid epidemic, and they went so far as to threaten to take away restitution funds to the communities they harmed if their names were not cleared.

But the issue of amnesty went much deeper than that even, which is why several plaintiff states, counties, cities, tribes, and individuals initially opposed the deal. Quoting reporting from the New York Times on the matter: “The (Sackler) family anticipated that the liability shield would cover him, (David Sackler), other members of his extended family, and about 1,000 other individuals, including contractors and consultants, and protect them from lawsuits that had nothing to do with opioids. That means they would be forever immunized from any current and future lawsuits worldwide related not only directly to Purdue’s opioids but to other drugs the company makes, including drugs for addiction reversal, high cholesterol, and even constipation as a result of taking prescription opioids.”

As the fine print clearly reveals, the Sacklers were not just demanding that their family receive immunity from lawsuits relating to Purdue or OxyContin in exchange for a $4.5 billion payout; they were also demanding broad, sweeping immunity for themselves and at least 1,000 other colleagues.

In summary, the Sackler family used bankruptcy court to leverage a settlement in which they were not found guilty of any criminal act, they are still one of the wealthiest billionaire families in America, and they can never again be pursued legally for any harm their drugs may have caused.

The Opioid Epidemic and the Role Prescription Opioids Played in It

The United States opioid epidemic was primarily started by pharmaceutical companies promising doctors and patients that opioid painkillers were effective and not addictive, which in turn led to the mass distribution, prescription, and consumption of such drugs. Quoting the United States Department of Health and Human Services, “In the late 1990s, pharmaceutical companies reassured the medical community that patients would not become addicted to opioid pain relievers, and healthcare providers began to prescribe them at greater rates.”

It is an uncontroversial fact that the opioid epidemic was launched by the profit-seeking yet lethal efforts of pharma companies to market and sell prescription opioids en masse to American patients. Even the Department of Health and Human Services has acknowledged in its own documentation the role pharma companies played in starting the epidemic.

“Pharmaceutical companies reassured the medical community that patients would not become addicted to prescription opioid pain relievers, and healthcare providers began to prescribe them
at greater rates.”

And the DHHS isn’t the only federal organization that accurately names pharma companies as the inception point for America’s opioid addiction epidemic. From the National Institute on Drug Abuse, “Pharmaceutical companies reassured the medical community that patients would not become addicted to prescription opioid pain relievers, and healthcare providers began to prescribe them at greater rates.” Some crucial factors that NIDA does not document in that particular article are the fact that pharma companies like Purdue knew their opioid painkillers were addictive, and yet they incentivized doctors in multiple ways (including cash bonuses, free flights, invites to events, etc.), to get those doctors to prescribe OxyContin to patients anyway. Some of those criminal acts were uncovered in the lawsuits that followed, yet the Sackler family still insisted they had done nothing wrong.

The Centers for Disease Control and Prevention is another public health agency that correctly identified prescription opioid pain relievers as being the initial culprit in launching America’s worst addiction epidemic to date. From the CDC’s discussion on the three waves of opioid overdose deaths: “The first wave began with increased prescribing of opioids in the 1990s, with overdose deaths involving prescription opioids (natural and semi-synthetic opioids and methadone) increasing since at least 1999.” The CDC also reported that the number of overdose deaths regarding opioids had more than quadrupled since 1999, with literally hundreds of thousands of Americans dying from such drugs.

It should be an uncontroversial, agreed-upon stance that pharmaceutical companies which played an enormous role in creating the opioid epidemic be held accountable for that crime. And while many pharma companies contributed to the devastating public health emergency that is opioid addiction, Purdue Pharma and its owners are particularly culpable. They’re the ones who innovated OxyContin, the drug that kicked off the opioid addiction crisis. Also, they’re the ones who aggressively marketed the drug to doctors, even offering doctors incentives to prescribe the drug.

Holding pharma companies and their owners accountable for helping to create the epidemic would send a clear message to other corporations, particularly drug corporations, to never again make prescription drugs that put American lives at risk.

Addiction Treatment; The Lifesaving Solution for Those Now Addicted

We will continue to monitor the Purdue Pharma/Sackler case, and report on it as it unfolds. But in the meantime, even if pharma companies are held accountable for their role in getting millions of Americans addicted to opioids, that is just one crucial step in the multi-faceted approach that Americans must take in tackling this country’s ongoing opioid addiction emergency.

For those who are addicted to opioids, whether they’re addicted to prescription pain relievers, synthetic opioids, heroin, or a combination of the three, the integral approach for them is to get into drug rehab centers as soon as possible.

If you know someone who is misusing opioid drugs and who cannot stop using them on their own, please get in touch with a qualified drug and alcohol rehab center today. If you yourself are struggling, please seek help today. 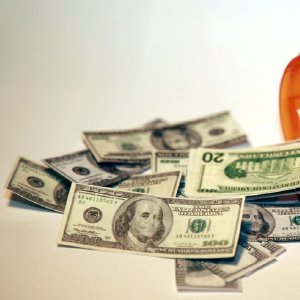 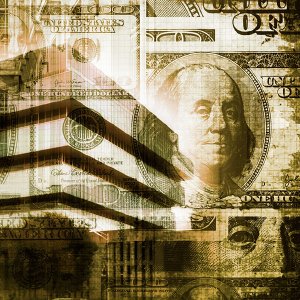