Crystal meth. Meth. Ice. Speed. Crank. Chalk. Glass. Wash. Pookie. These are all slang names for methamphetamine, a drug which grows in global public use every year. Across most parts of the United States as well, use of meth has increased. From urban city metropolis to rural, small-town America, interest in meth surged through the first half of the 21st-century.

While meth is not as widespread as substances like prescription opioids or marijuana, the drug went from being almost entirely unknown to being a serious contender on the drug scene in just a few years. And while meth is a concern in most places, meth abuse is a full-on epidemic on the Hawaii Islands.

If you’ve heard a thing or two about methamphetamine, you’ve probably seen right away that this is not a drug that anyone would want anything to do with. So why then do so many people struggle with a methamphetamine addiction? What about this drug has captured the attention, interest, and time of hundreds of thousands, maybe millions of people?

Let’s define what meth is before we talk about the meth epidemic in Hawaii. Meth is a potent stimulant drug which affects the central nervous system in a powerful and dangerous way. Meth is made in clandestine drug labs through relatively simple chemical procedures. Unlike most other illegal narcotics, the ingredients to make meth can be obtained easily. Most of them can be purchased over the counter at pharmacies, hardware stores, convenience stores, etc. Because of these factors, meth is considered a high-risk drug due to its dangerous potential for widespread manufacture and abuse.

When a person consumes meth, the drug acts as a powerful stimulant to the individual's central nervous system. The effects that follow include increased activity, a surge of energy, feelings of well-being, decreased appetite, and so on. However, effects such as immense agitation, antagonism, frustration, nervous hysteria, paranoia, and a plethora of other harmful phenomena are also attendant with meth use.

The Statistics on Meth in Hawaii

Let’s start our exploration of the meth problem in Hawaii by looking at some of their statistics. According to the Hawaii Meth Project, the rate of meth abuse in Hawaii is far higher than the national average. The island state seems to have an incredibly centered and focused meth abuse micro-epidemic. (Although if you were to talk about the issue with the Hawaiians, they’d say there was nothing “micro” about it.)

What Happened in Hawaii—Key Factors That Precipitated a Meth Crisis

“We’re not proud of it. But crystal methamphetamine
is our gift to the nation. It started here….”

According to Judge Edward Kubo from Hawaii, “We’re not proud of it. But crystal methamphetamine is our gift to the nation. It started here. At that time meth was called the poor man’s cocaine. It was cheaper and yet you could get the same high. And it exploded here. Meth became the worst thing that we ever saw.”

So Hawaii’s geographic location between Asian meth markets and the U.S. mainland, coupled with a significant poor and impoverished lower-class, and again combined with relatively insignificant funding for prevention and rehabilitation efforts, led to the perfect breeding ground for a meth epidemic. Looking to the future, the Hawaiian islands have quite the challenge ahead of them for overcoming meth addiction and meth-related crime.

Getting Help for a Meth Habit in Hawaii

One of the reasons why the meth problem is so harsh in Hawaii is the relative lack of meth addiction treatment. The island state has only a meager handful of treatment centers on its islands, and most addicts in Hawaii see addiction treatment on the mainland as being entirely unattainable. But at the same time, continuing to misuse meth is not an option. The effects of meth use are horrendous on both the body and mind.

The best way to address a soaring meth crisis on a statewide level is of course with addiction treatment and prevention efforts done in tandem. Meth users in Hawaii have to call upon whatever resources and support that they can get to find such help. Family members, friends, employers, community members, everyone on the island state will have to work together towards resolving this crisis.

And just as the island state works to help their currently-addicted populace, work needs to be done from state governments down to local communities and families to prevent the further spread of meth addiction. The state needs to implement mass education and awareness-raising on the harmful effects of meth. Young adults and adolescents need to be shown why they would want to stay away from meth in the first place before they are peer pressured into using it.

At Narconon, our doors are open to meth users on the Hawaiian islands and everywhere else for that matter. Our treatment centers will work closely with you or your family member or loved one to arrange transport to one of our centers. You’re not alone in this battle for freedom and sobriety. We will help you work out the details to get you or your loved one into rehab and off of meth. 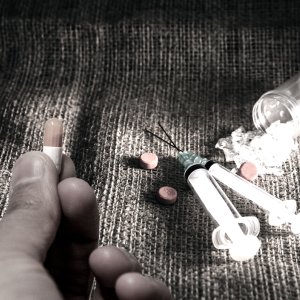