If there’s one thing we can all agree on, it’s that we will be happy when our loss of life to drug overdoses is finally on the decline. That’s when fewer American families will suffer tragic losses, when fewer of our bright, promising youth and adults lose their futures. When that day arrives, we will know that we are finally on the right track with our solutions and we are matching the magnitude of the problem with the correct magnitude of response.

So are we there yet?

This realization comes about from an August 2017 analysis of drug overdose deaths from the Centers for Disease Control and Prevention (CDC). First, the CDC offers statistics from 22 reporting jurisdictions—in each area, are the numbers up or down? Take a look at the chart to the left. The yellow bars indicate the percentage of increase in each state. Only four regions had a drop or zero increase. One’s heart bleeds for Delaware, with a 71% increase and Maryland, whose overdoses increased from 1,303 to 2,171 in just twelve months.

The second half of this report analyzes the type of drugs causing these deaths. Mostly, these deaths involved opioids of different types.

This second chart also reveals why Maryland struggles with these higher numbers. The biggest increase was due to synthetic opioids excluding methadone. As documented by the Washington Post, this means fentanyl and those similar drugs referred to as “fentanyl analogues.”

Criminally-minded individuals overseas, in Mexico or in the U.S. who are willing to manufacture fentanyl and its analogues and traffic them into our cities and towns are greatly responsible for pushing these numbers higher than they’ve ever been before.

The Vital Takeaway for American Families

The average American doesn’t have the ability to launch drug enforcement operations or to build new drug rehab centers that will help bring these numbers down. But American mothers and fathers do have the power to educate their children about the horrific danger lurking in drug abuse in today’s world.

Some parents may not mind if their underage child drinks a little and they may not think smoking marijuana is anything to worry about. But please consider this: Every time a child impairs their sharpness and rationality with alcohol or marijuana, they may be a little less able to make the right choice if other drugs are offered. Think what you like about any drugs being gateways to stronger, more deadly drugs—the truth is that once a child starts using drugs, they tend to be in environments where other drugs are being circulated. That one time they decide to try heroin or methamphetamine could be their undoing.

The safest path for your child is being fully drug-free. Can you set a 100% drug-free example for your child? Can you set an example by never drinking excessively? Have conversations with your children and state your clear intention that they never use an illicit drug, never misuse a prescription drug and never drink alcohol while underage. Not every child will listen. But some will. Yours may. But you need to be unmistakably clear, definite and determined.

The Need for Effective Rehabilitation Has Never Been Higher

With these dangers on the street, it’s never been more vital to help an addicted person find a good drug rehab. If you have already tried and your loved one has refused, then bring in an interventionist to help. If you can’t afford this service, study up on interventions—there are many good books on the subject—and carefully plan your own, using friends, family, coaches, ministers and anyone else to help and support you.

You might be surprised what would happen nationally if every parent began today to thoroughly educate his or her children on the dangers of all the drugs on the street and if a higher number of addicted people could be convinced to walk through the doors of rehab centers.

It’s very possible that these simple actions could begin to tip the number of overdose losses in the right direction at last. 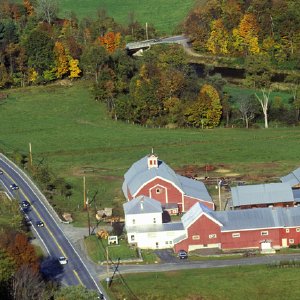