Individuals Are Finding It Hard to Get Off Antidepressants. Are They Addictive?

When we turn on the news and read about our nation’s drug addiction crisis, we are inundated with information about the opioid epidemic. We hear tag lines and keywords like “opioid overdoses,” “opiate addiction,” “the opioid epidemic,” “the opioid crisis,” and so on. One would think from watching our news sources that Americans just struggled with opioid addiction and that was our only drug problem.

The media focus on the opioid crisis is, in some ways, well deserved. It is true that this is the most significant drug problem in the U.S. for lives lost and for the overall toll on the nation in the form of families hurt, businesses diminished, economies affected, and so on. In fact, the opioid epidemic has gotten so bad that even the life expectancy of the average American has dropped because of it.

So when a colleague of mine forwarded me an article from The New York Times that focused on the possibly addictive nature of antidepressants, I was quite pleased to see this area of addiction receiving some attention. The article was titled “Many People Taking Antidepressants Discover They Cannot Quit.” If someone is taking medicine and finds he cannot stop taking it, that is the very epitome of addiction.

The True Nature of Antidepressants

According to the New York Times, almost 25 million Americans are taking antidepressants and have been doing so for at least two years. Furthermore, about 15.5 million Americans have been taking antidepressant medications for at least five years. That rate is more than double what it was in 2010. It has more than tripled since 2000. Are three times as many Americans suffering from severe cases of depression today than struggled with depression 19 years ago? Unlikely.

The need for antidepressants at all is certainly questionable. However, even proponents never intended years of use. And since they were never intended for long-term use, not much research was done into the potential implications of the long-term use of the pills.

So what is the primary reason why so many people are taking these medications for several years at a time? At least one of the primary reasons is because they find themselves struggling to quit. They come up against severe withdrawal symptoms they were not warned they might experience.

And it’s not just Americans who are going through this pharmaceutical hell. We are not an isolated case. In Britain, prescription rates for antidepressants have more than doubled in the past ten years, prompting British health officials to begin researching antidepressant dependence and withdrawal.

“… Should we really be putting so many people on antidepressants long-term when we don’t know if it’s good for them, or whether they’ll be able to come off?”

One British physician, Dr. Anthony Kendrick out of the University of Southampton, commented. “Some people are essentially being parked on these drugs for convenience’s sake because it’s difficult to tackle the issue of taking them off. Should we really be putting so many people on antidepressants long-term when we don’t know if it’s good for them, or whether they’ll be able to come off?”

A similar case study comes out of New Zealand, also discussed in the New York Times article, where antidepressant prescribing is also hitting historical highs. Research from that nation shows us that no less than seventy-five percent of patients who are long-term users of antidepressants and who use them exactly as intended, still complain of uncomfortable withdrawal symptoms and harsh difficulty in attempting to come off their medications.

Dr. Allen Frances, professor emeritus of psychiatry at Duke University, decries the long-term use of antidepressants. He cites basic logic and the fundamental purpose for antidepressants as the reasons why no doctor or patient in their right mind would agree to long-term use of these drugs. “Most people are put on these drugs in primary care, after a very brief visit and without clear symptoms of clinical depression. Usually, there’s improvement, and often it’s based on the passage of time or placebo effect. But the patient and doctor don’t know this and give the antidepressant credit it doesn’t deserve. Both are reluctant to stop what appears to be a winner, and the useless prescription may be continued for years—or a lifetime.”

Side Effects and Withdrawal Effects

According to further research, the side effects worsen when patients attempt to wean down off of their antidepressants. It’s almost as though the drugs were designed for patients to stay on them. From the New York Times, common ween-down symptoms are:

Also coincidentally, all of these symptoms diminished when patients in test studies resumed taking their medication. Sounds a lot like Heroin, right?

Dr. Derelie Mangin, a professor of family medicine at McMaster University in Ontario, spoke in opposition of antidepressants, saying, “The truth is that the state of the science is absolutely inadequate. We don’t have enough information about what antidepressant withdrawal entails, so we can’t design proper tapering approaches.”

Given the questionable science on the efficacy of antidepressants, the harsh side effects, their financial cost (a totally under-reported and under-discussed issue, with some medications costing $200 per month), and the almost impossible prospect of withdrawing off of them, it seems difficult to understand why these drugs are even used. Why take a potentially addictive drug when one could do a little more research, perhaps see a different doctor, and find an alternative to relieving their depression that was not addictive and risky?

To be clear, the reported withdrawal symptoms are consistent with what we see in other addictions. The inability to stop taking a drug without physical discomfort is certainly a component of addiction. It’s not a huge leap, given the psychoactive nature of these drugs, that using the term “addiction” is not only appropriate but describes what’s occurring perfectly.

I’ll leave you with the words of Edward Shorter, a historian of psychiatry at the University of Toronto. His commentary on antidepressants and prescribing trends in the West urges us all to think at length about the kind of society we are creating, the type of society we want to live in. Do we want to be a culture that tries to solve every single little trouble of day-to-day living with a potentially addictive pill? From Shorter: “We’ve come to a place, at least in the West, where it seems every other person is depressed and on medication. You do have to wonder what that says about our culture.”

After several years of meth addiction becoming an increasingly severe problem, the media is only just now beginning to focus on it. 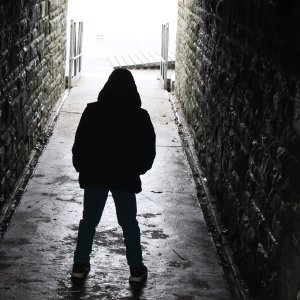