In our efforts to study, research, treat, and understand addiction, it is safe to say that we have learned quite a bit about the subject as a whole. One of the principles we’ve been able to arrive at is that addiction is not merely a crisis that comes out of nowhere and besets a person. Instead, there is almost always some underlying crisis or struggle, or a combination of conflicts, going on in the person’s life which brings about a drug habit or an alcohol problem.

Consider a financial disaster. When someone struggles with a financial problem, this devastating crisis can be quite overwhelming. And there is a genuine danger here too. A crippling financial ruin can leave someone without a place to live, without transportation, without a way to provide for his family, even without a means of finding his next meal.

A financial crisis like that or the genuine threat of an impending crisis of that nature can lead people into mind-numbing misery. Sometimes people will consume drugs or alcohol as a coping mechanism, as a way of taking their attention off of their problems. First, they start experimenting with alcohol or self-medicating on pharmaceuticals or occasionally using drugs, just to “get out of their own head” for a minute. But before they know it, they’re going back to using drugs over and over again, and pretty soon the drug or alcohol problem is more dangerous, costly, life-threatening, and problematic than the financial crisis ever was.

Research from the U.K.

The above paragraph is an excellent example of what’s commonly called the “Dwindling Spiral” of substance abuse. Experimenting with substances might start as an occasional activity to cope with a life crisis, but it always gets worse.

A recent study out of the United Kingdom was able to prove the connection between the financial crisis and addiction. The study was broad enough to shed light on several aspects of self-harm that seem to come about when a person struggles with a significant financial emergency.

The study was done by the Multicentre Study of Self-Harm in England and was published by the Cambridge University Press, but access to the full-length study requires a subscription to the academic journal. Luckily, I was able to find excellent summations of the research in coverage pieces by both U.S. News and the Medical Express.

Much in following with the U.S. economy, Britain’s economy also experienced a severe fiscal crisis in 2008. According to researchers from the Multicentre Study of Self-Harm, not only did drug overdoses go up following the British recession, but a significant percentage of the increase in overdoses was seen in men and women ages 40 to 59. That is the exact demographic which was also harmed the most by the financial crisis.

More specifically, self-harm and overdose rates for middle-aged men increased by a staggering 50 percent from 2008 to 2012. Another crucial factor was that every time an incidence of overdose or self-harm was recorded, the man who experienced this medical emergency was likely to be struggling with alcohol misuse, unemployment, housing problems, and financial difficulties at the same time.

Another point the study sought to make was that ongoing incidences of self-harm were also evident in this age group. For example, if a middle-aged man or woman was rushed to a hospital for a drug overdose one day, there was a 25% chance that the same individual would be rushed to a hospital for a drug overdose again within the next 12 months. That tells us that these were not necessarily accidental overdoses, misunderstandings of prescription bottle labels, accidentally mixing pills with alcohol, etc. These were deliberate efforts at self-harm via drug use following Britain’s most severe economic crash in decades.

“Our research highlights the potential importance of economic factors, so providing advice for unemployment, housing, and financial problems is likely to be helpful. But improving access to services and tackling alcohol misuse could have a big impact too.”

In addressing the upsurge in British drug and alcohol misuse following the recession, study author Nav Kapur stated: “Our research highlights the potential importance of economic factors, so providing advice for unemployment, housing, and financial problems is likely to be helpful. But improving access to services and tackling alcohol misuse could have a big impact too.”

The irony does not escape us that a financial crisis so often leads to addiction. It is quite ironic because addiction also creates a financial crisis. The business group True Link did a study on this, not only pertaining to the economic struggles of the addict himself, but also related to the financial crisis of his family members and loved ones. According to that study:

So here we have a vicious cycle. Financial problems often lead to addiction, but then the addiction itself creates more financial issues. The dwindling spiral drags the individual further and further down to the point where he might become utterly incapable of getting out of the mess.

If you know someone who struggles with a drug habit or alcoholism, no matter how it began, you have to help them try to get clean. Whether the financial crisis led them to drug use or not, an ongoing drug problem will harm your loved one’s finances, as well as many other aspects of life. Getting them into treatment is the only way to break that vicious cycle. 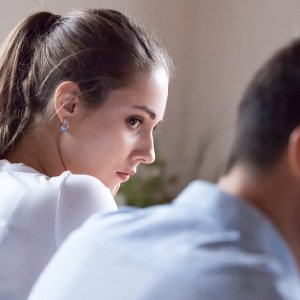 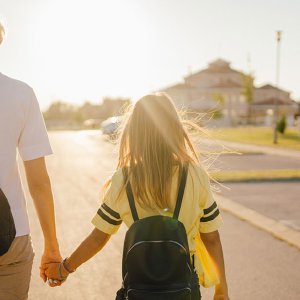