Every mother tries to protect her children from harm the best she can. But when death can come after exposure to a pin-head sized drop of a drug, the job becomes vastly more challenging. The story of the death of Alton Banks, a ten-year-old in Miami, reveals the heightened drug threat that exists in today’s world of powerful opioids.

In June, after a trip to the pool and a park, Alton began throwing up when he got home and then collapsed. By the time emergency medical personnel arrived, he was dead.

Of course there was an investigation into how he could have received a fatal dose of any drug. Miami-Dade State Attorney Katherine Fernandez Rundle told news services that she did not believe the child was exposed to these drugs in the home. The suspicion was that he might have come in contact with a tiny dose of a very powerful drug at the pool or the park or simply by coming in contact with it on the sidewalk. For a small person like a ten-year-old, there are drugs on the market now that can kill after exposure to a dose the size of a few grains of salt.

While the entire episode has not yet been fully investigated, county officials decided to release this news because of the public threat involved.

How Could Such a Small Dose Kill?

It appears that he probably came in contact with fentanyl, an opioid (synthetic opiate drug) up to 100 times more powerful than heroin. There are other forms of fentanyl—like carfentanil—that are even far more powerful than fentanyl. These drugs have worked their way into illicit drug supplies being sold on the street. Their effects are much the same as heroin, including the way they kill by stopping a person’s breathing.

Sometimes a drug from this fentanyl family is mixed with heroin, sometimes it is mixed with fillers and sold as heroin. This family of drugs is now responsible for killing thousands of people.

If a person is using opioids, it’s extremely likely that some of the supplies he is getting contain a drug from this family, whether he realizes it or not. Fentanyl is often trafficked in powder form and just getting the drug on your skin or breathing the powder is enough to kill you.

Law enforcement personnel may come in contact with fentanyl or another drug from this category any time they make a drug arrest. It was just two months ago that an officer in Ohio inadvertently overdosed on this drug by brushing some powder off his sleeve. He was revived with naloxone, the antidote to opioid drugs. But while it usually takes one dose of naloxone to bring a person back from a heroin overdose, it took four doses to bring back Patrolman Chris Green of East Liverpool, Ohio. He had worn gloves and a mask while doing a drug search but absent-mindedly brushed off his sleeve after the arrest was over. That powder was fentanyl and it almost took his life.

What Can a Parent Do?

There are several things parents can do to keep their children safe.

Lastly, you may have to become more alert and a little less comfortable in your environment. There are drugs being trafficked, sold and used in your community. Keeping your kids safe and drug-free may take more alertness and attention than ever before in this history of this country. Still, it can be done and with vigilance and education, you can do it.

Admitting to a drug problem takes courage. If there's a national spotlight on you so, doing so takes even more courage. One mayor from Florida's state capital just came forth and admitted to his drinking problem, effectively inspiring others who secretly struggle with addiction to do the same. 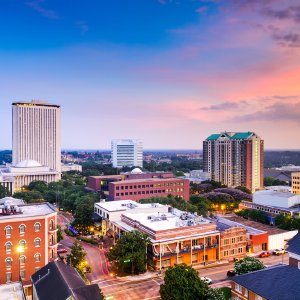 To love and protect children is one of humanity's most important doctrines, one of the supreme, guiding principles of just being human. When we hear of a child’s suffering, it strikes a deep, painful chord in our very souls. 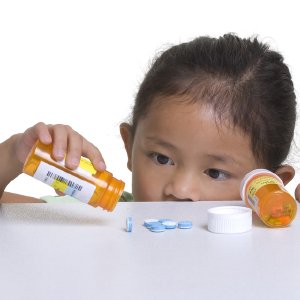