Drugs Throughout History, the Current Drug Crisis, and Why We Need to Talk About It

It would seem that year after year, the U.S. drug and alcohol addiction problem has only grown more complicated and more difficult. It always seems like every time we approach a position where we might be able to overcome this problem, another drug comes on the scene, or another issue makes itself apparent to us. There is almost this feeling that we can't win when it comes to drugs and alcohol.

Really, when it comes right down to it, the key to overcoming addiction is just having the right knowledge and tools and education about it and taking the right steps with the right treatment programs towards overcoming substance abuse habits.

On the subject of having the right knowledge, one thing we can be certain of is that the drug scene changes every few years, and we need to be in the know on these changes so we can adjust our treatment approaches accordingly. It goes without saying that drug abuse and addiction does not wear the same face that it did even just since the turn-of-the-century.

Substance abuse in the 1980s and the1990s revolved mostly around hallucinogenics, heroin, cocaine, crack cocaine, and other street drugs. Nowadays, 21st-century drug use is more a problem of synthetic drugs, pharmaceutical drugs, and hybrid drugs that are a mix of illegal street drugs and pharmaceutical drugs. Add to that the fact that marijuana is becoming increasingly more popular and hallucinogenics are making a comeback, and you have a vicious, mixed bag and melting pot of drug abuse problems in 21st-century America.

Understand the Past, Know How to Address the Future

Drug use has been a problem in the United States since day one. In fact, historians can trace drug use back hundreds, in fact, thousands of years. As far back as Egyptian times, mankind has suffered from drugs and alcohol.

The U.S. National Library of Medicine composed an eloquent phrase in one of their research papers on the history of addiction, musing as they were on the complexities of addiction throughout history, and even going so far as to quote Shakespeare in their own research paper:

“Addiction is not only a substance but the way a person uses it. In other words, it is not only the drink but also the drinker, as illustrated by the following dialogue in Shakespeare's Othello…”

“Cultural history suggests that our relationship with drugs is more complex than the paradigm of the laboratory rat that is trained to self-administer cocaine. History illustrates that our relationship with substances is shaped by multiple factors, including culture, society, religion and beliefs, individual psychology (addictive, anxious, antisocial personalities), cognition (addiction as a “learned” behavior), neurobiology, and genetics. Addictive behavior results from the conjunction of a substance and a personality. Addiction is not only a substance but the way a person uses it. In other words, it is not only the drink but also the drinker, as illustrated by the following dialogue in Shakespeare's Othello (Act 2, Scene 3): Cassio -‘O thou invisible spirit of wine, if thou hast no name to be known by let us call thee devil’ … Iago- ‘Come, come. Good wine is a good familiar creature if it be well used.’”

We have to recognize that alcohol has been in use and has been misused even as far back as two-thousand years or more before the birth of Christ. And opium has been in use in Asia and the Middle East for almost just as long as that. Hard drugs have been in the U.S. under one guise or another since the formation of the United States of America. While drug abuse and addiction problems have likely never been as bad on this planet as they are now, we can look into almost any point in history and find the bane that is mankind’s propensity towards addiction.

Why Communication is Everything

Communication is the way that human beings handle each other. By that, it is meant that communication is what we do to resolve any issues or difficulties that we face in life. So it makes sense that, to help a family member or loved one out of a drug habit, this is going to take a fair degree of skilled communication. No matter where in history we are or what type of drug problem we are faced with, we'll need communication to overcome it.

If we were to give the interpersonal relationships that we have in life some close inspection, we would find that every major issue that we have had to deal with in our lives has been resolved first and foremost with communication. When we have a disagreement, we talk about it, and it resolves. When one of us does something that another does not like, it is openly talked about and resolved. When people are getting to know each other, they communicate, and they suddenly know each other better. When parents are teaching their kids how to act properly, they communicate about it, and the kids learn. When a married couple is trying to sort out a marital disagreement, they communicate about it, sometimes several times if necessary, and they come to an agreement. Our ability to communicate amongst one another is mankind's greatest tool for resolving anything and everything.

One can logically deduce, then, that communication and one’s successful ability to utilize it would be a boon to one’s efforts to help a family member or loved one get off of drugs and alcohol. Unfortunately, communication is not utilized nearly enough for most American families in their efforts to help their addicted family members and loved ones.

Communicating with an Addicted Loved One

When someone is addicted to drugs and alcohol, their primary incentive is to keep using drugs and alcohol. Anything that would come across as an effort or attempt to get them to stop using drugs and alcohol will likely be seen as a sort of enemy action. When drug addicts and alcoholics approach the prospect of getting rid of their substance abuse habits, they usually become quite defensive and quite unwilling to continue communicating with whoever has posed this idea. For this reason and others, people have to be quite careful about how they go about having these conversations. They must proceed with some degree of caution, and they have to know how to talk to the addict.

We know the history of drug use. We know what drug use looks like today. We know the importance of communication in resolving addiction issues. We know what is at stake with drug use. The truth of the matter is, there is a huge danger present with drug abuse in modern day America, and we are more than well aware of it. Now we have to do something about it.

How to Talk to Someone About Their Addiction

Let’s have a conversation, about a conversation. More specifically, let’s talk about how to talk to someone about their addiction.

I'll never forget the freedom I felt when I finally began to love myself again and realize that I was worth it, and the best part is that you are too. 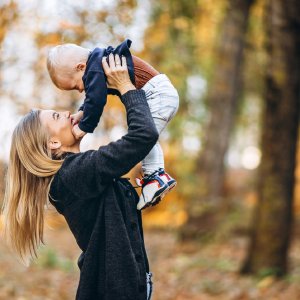