A new research project into the drinking habits of Americans reveals that a higher number of us than previously thought are harming ourselves with alcohol consumption. According to this project, alcoholism increased a startling 49% between 2000 and 2010. What’s more, nearly one in four adults under the age of 30 met the diagnostic criteria for alcoholism. Among Americans of all ages, one in eight struggles with alcoholism.

What does this mean? It means that millions of Americans continue drinking even though alcohol consumption results in the following potential or real harm to themselves:

Further, their use of alcohol is associated with:

What Happens to Chronic Alcoholics?

People who drink too much, too often, too consistently are going to be prone to all the physical and mental problems caused by alcohol. Like these:

The odd thing about this list is that it sounds very much like the most common diseases causing death among Americans. Compare the list above with the list of leading causes of death from the Centers for Disease Control and Prevention (CDC).

Of course, people who don’t drink suffer these diseases, too. But how much lower would the incidence of these diseases be if no American overindulged in alcohol? How much less heartbreak and abuse would the world suffer?

We’ve already proven that it’s not possible to simply make alcohol illegal. Leaving alcoholism behind takes lots of one-on-one work with the alcoholic and lots of support. Preventing alcoholism in the next generation starts in the family, with setting a sober example, educating youth on the harm possible from overconsumption of alcohol and helping them set and achieve their own goals. What’s possibly most important is not simply sweeping this problem under the rug, but instead, helping those with problems break the pattern of alcohol abuse and living healthier and happier lives.

Are There Any Good Reasons to Drink Alcohol?

A couple of intense news articles in a row raised a question in my mind—is there any good reason to drink alcohol? Is it is a defensible practice? A quick examination of the possible health risks and benefits was revealing. 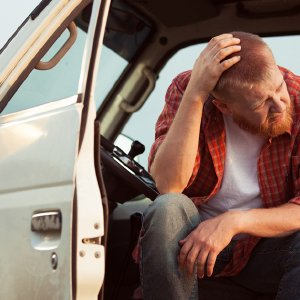